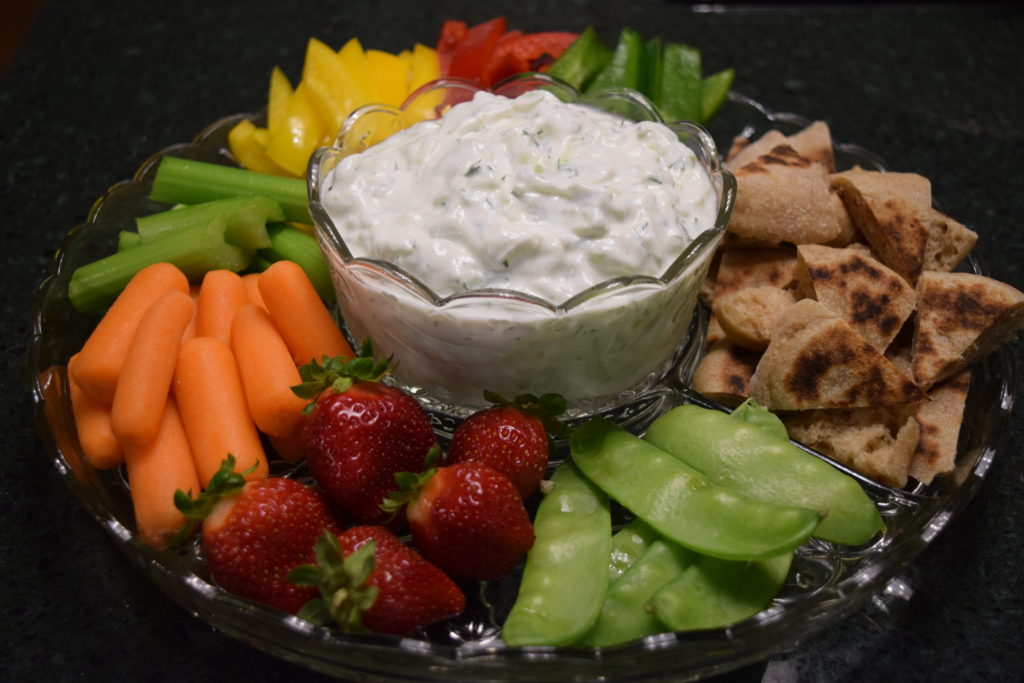 The feast day of St. Barnabas arrives in early June – just as schools close for the summer and children are underfoot more often. It’s a perfect time to make a simple, kid-friendly recipe honoring this saint together.

St. Barnabas, one of the Seventy Apostles, played a prominent role in growing the early Christian church through conversion. He worked mostly in Cyprus, a Greek island, and Antioch, a Greek-Roman city in modern-day Turkey. He is known especially for his works with St. Paul (Saul) and his encouragement of St. Mark. Tradition holds that he was the founder of the Cypriot Orthodox Church and was martyred in 61 AD in Salamis, Cyprus. His feast day is June 11.

There was a Levite, a native of Cyprus, Joseph, to whom the apostles gave the name Barnabas (which means “son of encouragement”). He sold a field that belonged to him, then brought the money, and laid it at the apostles’ feet. – Acts 4:36-37

Barnabas was educated and had a knack for encouraging people in the way of Jesus Christ. He saw something deeper in them that others couldn’t always see. For example, after Saul, the brutal prosecutor of Christians, experienced his conversion, Barnabas saw Saul as being sincere and valuable to their mission. He stood up for Saul among the apostles who feared him and his earlier deeds:

Barnabas took him, brought him to the apostles, and described for them how on the road he had seen the Lord, who had spoken to him, and how in Damascus he had spoken boldly in the name of Jesus. – Acts 9:27

Later, Barnabas was chosen by the apostles to assist in the conversion of Hellenists (Greek Jews) in Antioch:

When he came and saw the grace of God, he rejoiced, and he exhorted them all to remain faithful to the Lord with steadfast devotion for he was a good man full of the Holy Spirit and faith. And a great many people were brought to the Lord. Then Barnabas went to Tarsus to look for Saul, and when he had found him, he brought him to Antioch.

So it was that for an entire year they met with the church and taught a great many people, and it was in Antioch that the disciples were first called “Christians.” – Acts 11:23-26

In the years they worked and traveled together, Saul became Paul and the more outspoken of the two:

After some days, Paul said to Barnabas, “Come, let us return and visit the believers in every city where we proclaimed the word of the Lord and see how they are doing.” Barnabas wanted to take with them John called Mark. But Paul decided not to take with them one who had deserted them in Pamphylia and had not accompanied them in the work. The disagreement became so sharp that they parted company: Barnabas took Mark with him and sailed away to Cyprus. – Acts 15:36-40

Barnabas accepted Mark and, no doubt, encouraged him in his mission. Mark then traveled to Rome to study with Peter where he grew in knowledge and confidence. Later, Mark returned to Paul who soon referred to him as someone valuable in his work. (See St. Mark for more.)

The other day, I happened to mention to my 20-year- old son that I was researching St. Barnabas. He said, “The purple saint?” 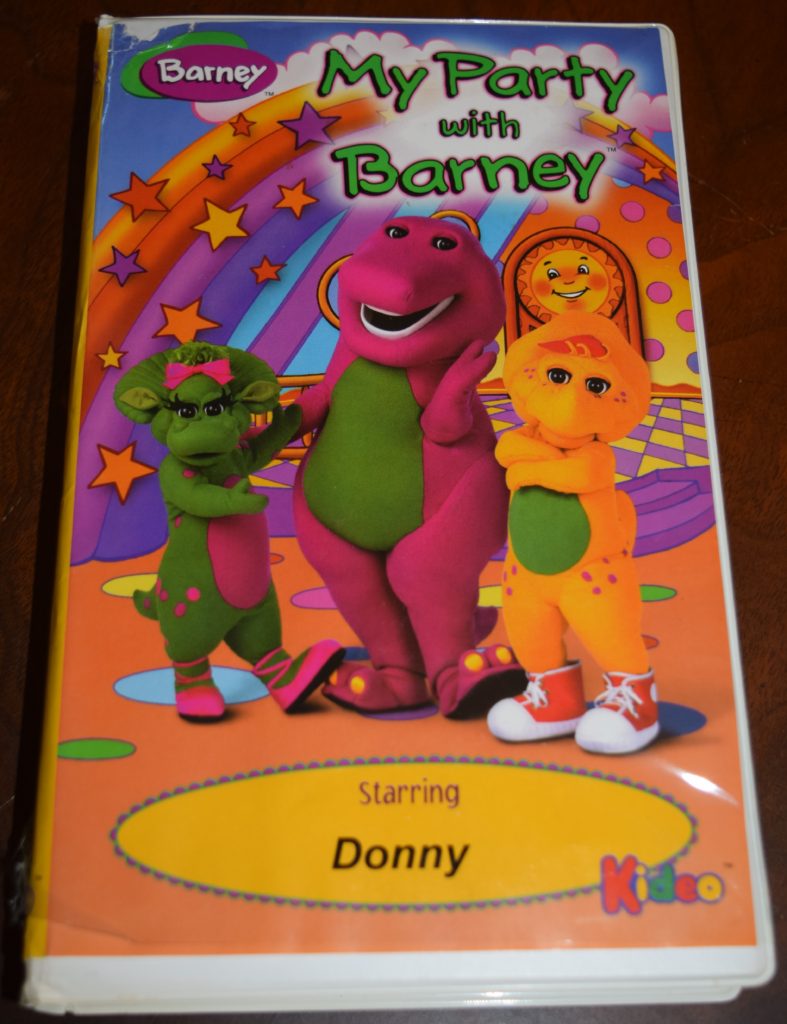 Ha! But, then again, Barney the purple dinosaur, was nothing if not an encourager of young children. My son, for one, loved him. Probably in much the same way that early converts, fellow apostles, and his younger cousin loved St. Barnabas.

St. Barnabas shows us how to create a space of acceptance and encouragement for our children and youth where they can discover ways to grow their own faith.

We can also encourage them to honor St. Barnabas and eat their vegetables by mixing up a batch of Tzatziki, a version of which was a part of the every-day meal in Cyprus and other biblical cities.

2. Add all other ingredients. Stir. 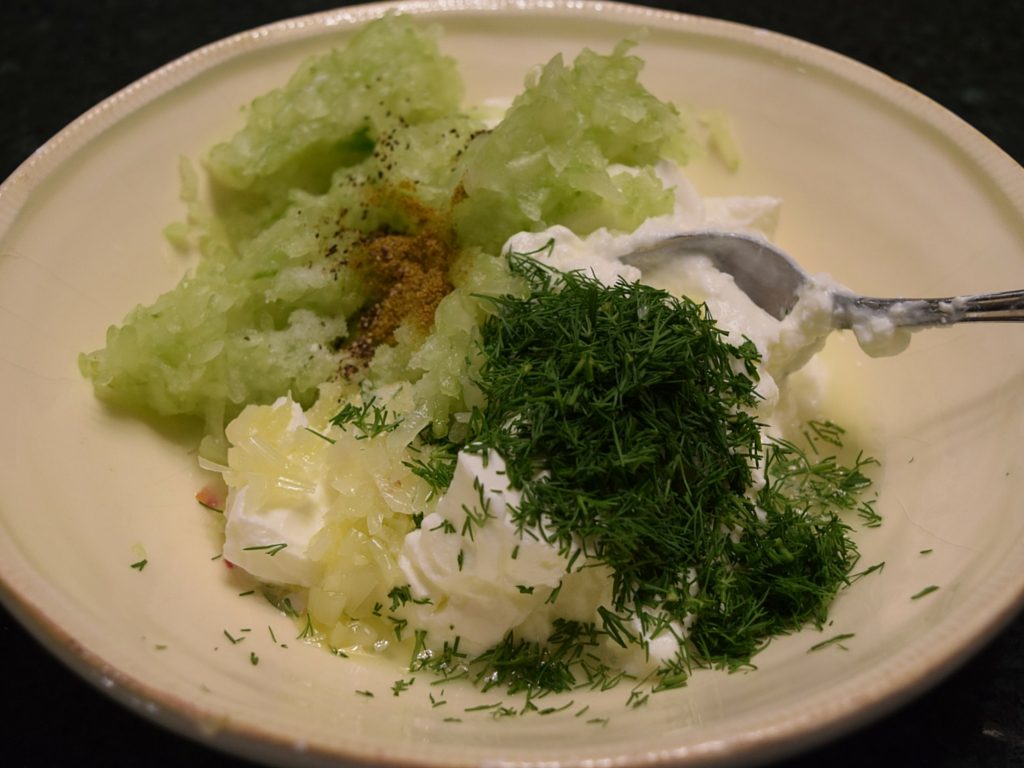 3. Cover and place in refrigerator for at least two hours so that flavors can blend.

4. Blot off any liquid that rose to top. Stir.

Serve as a dipping sauce with roasted meats such as Egyptian Chicken Kebabs, triangles of Apostle’s Bread or raw vegetables and fruit.

How does St. Barnabas inspire you?