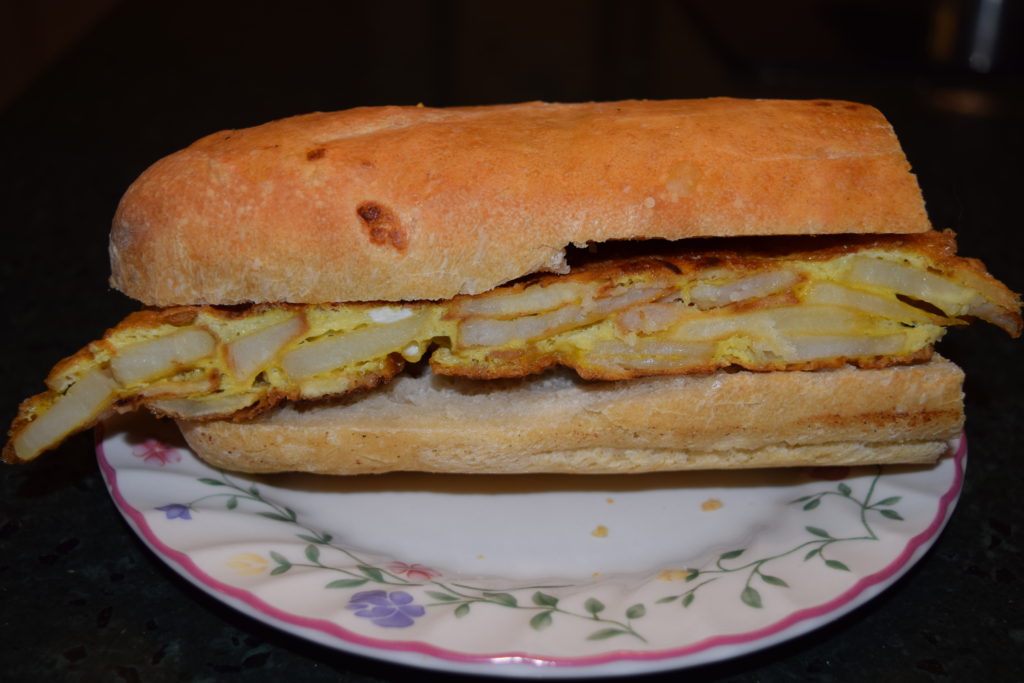 St. James the Elder, Apostle, Son of Zebedee, brother of John, was among the first called to follow Jesus, and he did so with great enthusiasm. He was the first Apostle to be martyred and his feast day is July 25.

Sometimes though, this extroverted enthusiasm could be a bit much. Once, Jesus called James and John “Sons of Thunder.” Another time, a Samaritan village refused to accept Jesus as a guest:

When his disciples James and John saw it, they said, “Lord do you want us to command fire to come down from heaven to consume them?” But he turned and rebuked them. (Luke 9:54-55)

I imagine that his rebuke sounded a lot like “settle down.”

Later they spoke even more boldly:

And they said to him, “Grant us to sit, one at your right hand and one at your left, in your glory.”

Meaning, settle down. I’m here to serve, not to be served. Are you prepared for the same? They said yes.

It seems that James never settled down in his love of Jesus. He preached widely and then –

King Herod laid violent hands upon some who belonged to the church. He had James, the brother of John killed with the sword.”  (Acts 12:1-2)

James was the only one of the Twelve Apostles whose death is recorded in the New Testament.

Why wouldn’t James settle down? Why did Jesus keep him close as a friend and confidant?

I believe that the second question answers the first. Jesus loved James’s extroverted enthusiasm. His true, unembarrassed, unencumbered, all-the-way-out-there faith. The faith of a child. The faith we need to encourage to keep growing in our children.

St. James is the patron saint of Spain and is honored with a pilgrimage to his shrine called the Camino de Santiago or Way of St. James.

In honor of St. James and all the pilgrims who travel the Camino de Santiago, I offer this traditional Spanish fare — a perfect pilgrim’s lunch.

Within its hearty blandness and portability is the message: settle down but keep going. 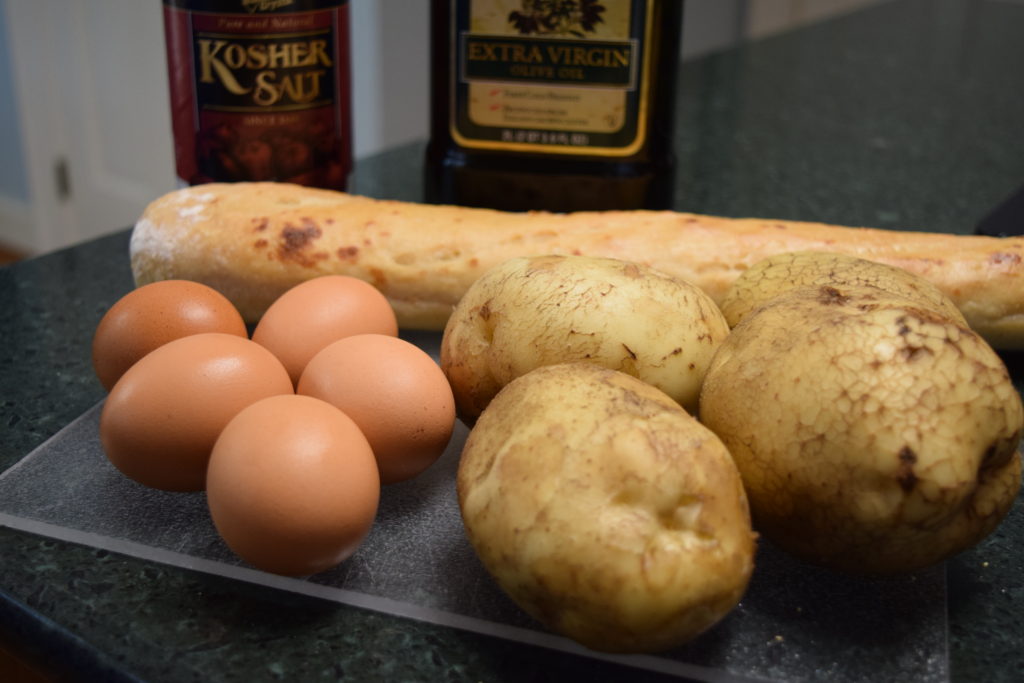 1. Cut potatoes in half, lengthwise, then slice about 1/8 inch thick.

2. Heat olive oil in a 9-inch skillet over medium-high heat.

4. Drain on a paper towel-layered platter. Sprinkle with salt, if desired.

5. In a large bowl, whisk eggs and add salt, if desired.

6. Add potatoes and stir to coat with the egg mixture.

7. Carefully pour the olive oil into a container to discard most of it later. Return about 3 tablespoons to the skillet over medium-high heat.

8. Pour potato-egg mixture into skillet, spread out to the edges.

9. Lower heat to medium. Cook until mixture is half set, about five minutes. Shake the pan a few times to prevent sticking.

10. Wearing oven mitts, use a plate to cover the skillet and flip upside down so omelette lands on plate. Set down.

11. Add 1 tablespoon of oil to skillet and slide the omelette back in on its uncooked side.

12. Cook until completely set. About 3 minutes. 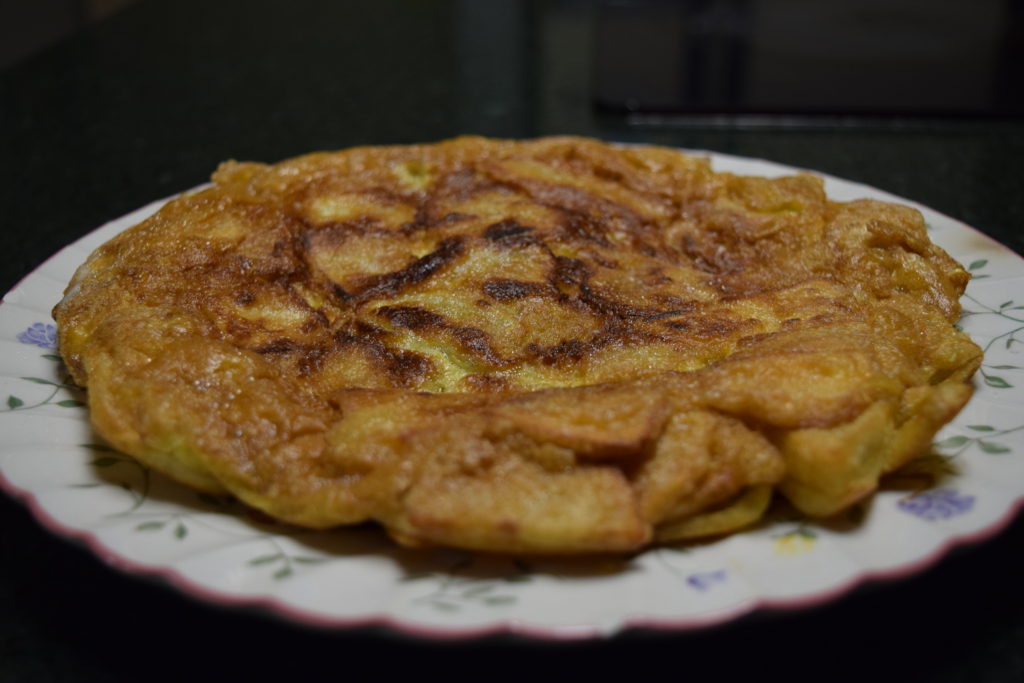 13. Cool. Cut into wedges. Can be served warm, room-temperature, or cold.

14. Make sandwiches with baguette spread with mayonnaise, mustard, or ketchup.

How might you celebrate the life and honor the martyrdom of St. James, Apostle?