If I had to say one nice thing about hurricanes – which is really tough when I look at the devastation in Haiti and in other, closer communities – is that at least we know it’s coming. Living on the east coast my entire life has made me feel both wary of the storm coming, and hopeful that it will miss us completely like so many other storms that come up the coast. When Hurricane Matthew started looking like it would actually be a threat to my home and loved ones, I started the dreaded task of preparing my home and family for evacuation.

Thankfully, I’m not telling you how to prepare your home for a natural disaster. We failed pretty miserably at that. We almost forgot our passports, birth certificates, and other important documents until just as we were heading out the door! The next time we evacuate, I will be better prepared in that regard, I hope. However, when preparing my children for the evacuation, I made it my priority to fill them with security, information, and love, so they felt somewhat safer as we packed up our lives and headed for the car. 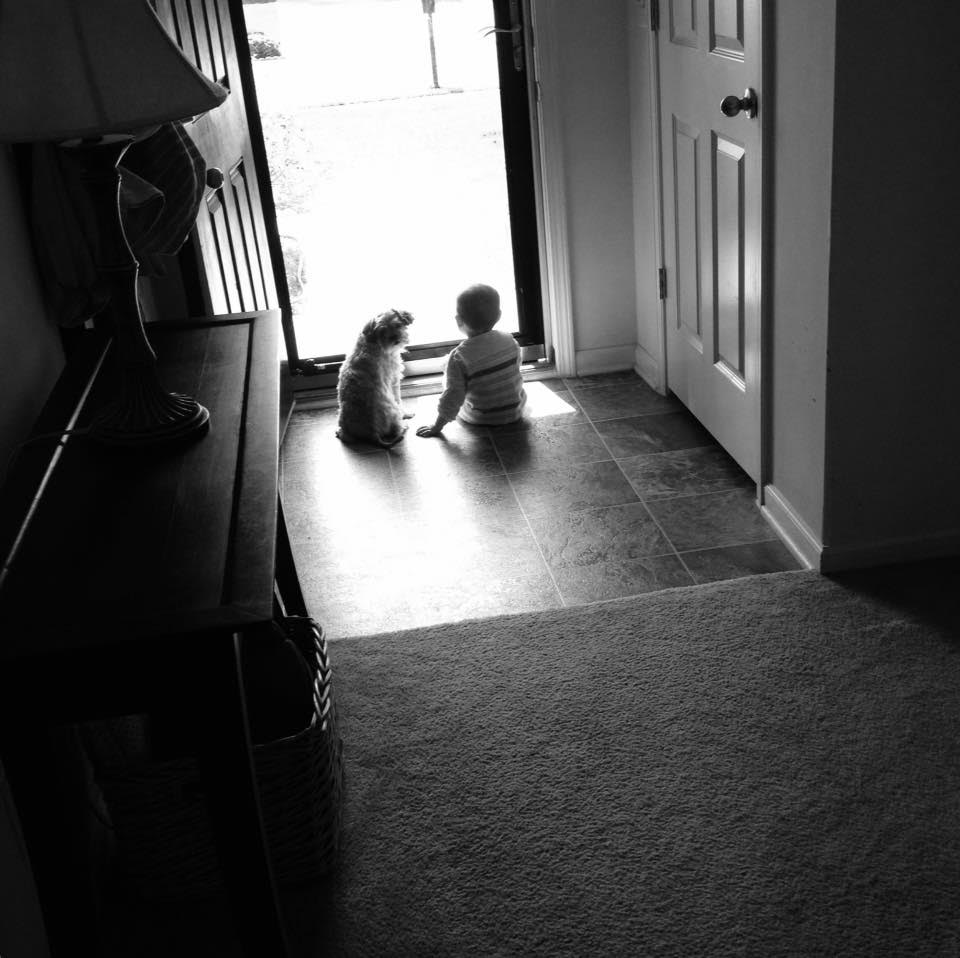 The morning of our evacuation, I spent a full hour in the kitchen. I sent our son out to help my husband bring in our potted plants and secure the trampoline, and I let Caillou babysit our daughter as I packed snack after snack. As a southern mom, I tend to show my love through the food that I make for my family, and so I cut strawberries into fourths, bananas into slices, and cheese into bite-sized cubes. I filled up water bottles and stuffed coolers with as many perishable items as possible. I told everyone to limit the amount of clothes to bring, but that they could take several important toys, as long as they fit in their bags.

I’m a bit of a drill sergeant in times like these, so I spent a few quiet moments with God as I prepared the food, and asked for a little extra grace. My husband and I were mostly quietly working on our own projects, but we could both feel the tension in the air. I asked God to hear my prayer: “I know it’s just stuff, God, but it’s ours.” I took a look around the house, just in case it was for the last time, and my husband made a joke about it looking so disheveled that it would hopefully make looters think we had already been hit. He was trying to cheer me up, but I knew he was worried about more than just the wind damage, too.

When we got in the car, I tried to make it feel like we were going on just another road trip, but my son, who’s eight, seemed to take the evacuation the hardest. He wanted to know what would happen if the storm waters came in, or if the roof blew off, or if people came in and stole our things. I answered him honestly: “I’m not sure, but I do know that everything that is important to me in the world can fit into this car. Everything else can be replaced.” I prayed that this would ease his precious mind.

We met up with some of my other family members who also had to evacuate, and we attempted to talk and play games with the kids and take our minds off of things, but I caught all of us at some point looking at our phones for more information. The winds were just starting to roll in. That night, after a long round of baths, jammies, and prayers for everyone, I tucked my son into his makeshift bed on the floor beside me, and then crawled into bed and smelled my daughter’s hair as she slept in between my husband and me.

I tried to sleep, but I knew I wouldn’t be able to sleep throughout this night. As I stared into the dark room, I thought about all of the photo albums I left behind, and then wondered if we should’ve shuttered our windows, but then I stopped. I listened to the rhythmic breathing of my children and husband as they slept and I thought of John 14:18. “I will not leave you comfortless; I will come to you.” I certainly felt God’s comfort, so I held space and kept vigil for those who needed it most: those who couldn’t leave, those who must rebuild, and those who desperately need hope.

Kasey remembered John 14:18 in her evacuation.

What Scripture speaks to you in uncertain times?