The first time I travelled to Haiti to establish a partnership between our school and St. Marc’s School in Cerca, I failed to realize I would fall in love with all things Haitian: its people, its spiritual vigor, its art, its literature, its grievous history, and its language. A Haitian proverb envelopes all of these elements: little by little, straw by straw, a bird builds her nest. Our Haitian neighbors embody the patience to build and rebuild, realizing to create something wonderful requires time and attention. 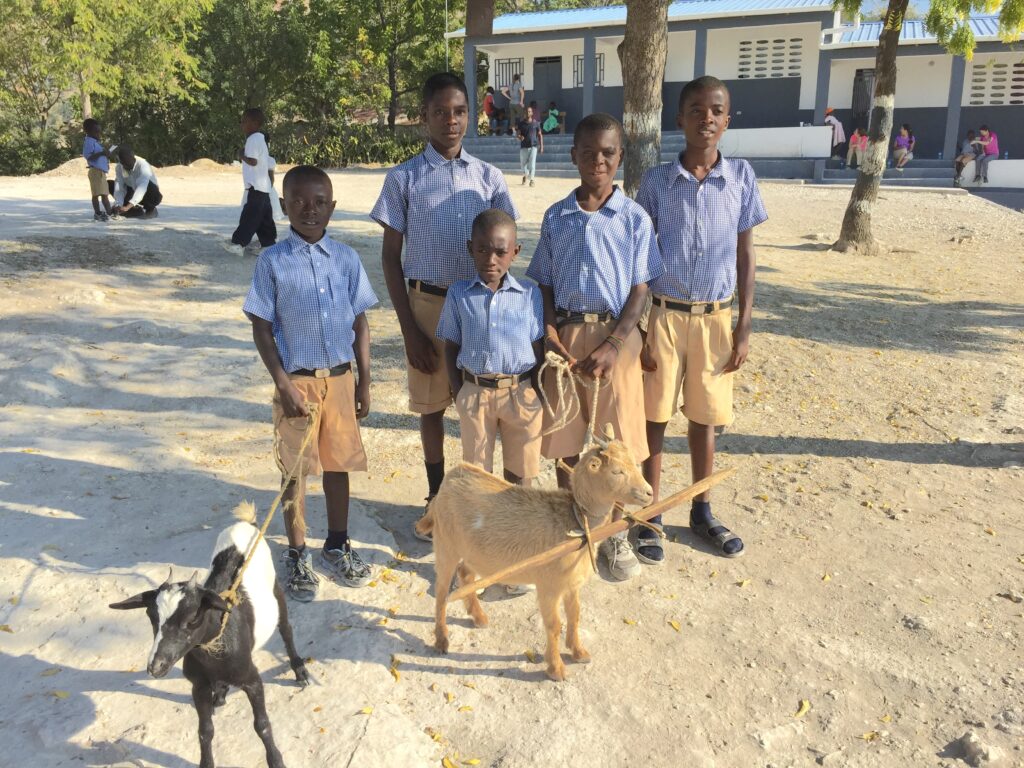 Haiti is a complicated country and everything from its people, faith, and art reflect this reality. I know of no other people who have a greater work ethic than my Haitian friends. Their spiritual commitment to the church is palpable. I have experienced the most beautiful liturgy in Episcopal Churches dotting the rural areas of central Haiti. I find Creole to be one of the most lovely languages I have ever studied. The art – literary and fine art – reveals the pain and hope of people who have suffered greatly due to irresponsible foreign policy directed toward Haiti, extreme poverty, toxic charity, and internal government corruption. The history illustrates how the failure of foreign governments to recognize Haiti’s sovereignty after its independence in 1804 simply replaced the manacles of slavery with the manacles of exclusion from international politics.

With that said, once again, Haiti needs the help of the world for a relief operation after the devastation caused by the most recent earthquake and impending hurricane. Bishop James Theodore Holly, the first Black Bishop consecrated in the Episcopal Church, founded the Diocese of Haiti in 1861 and it’s now the largest Episcopal diocese in the world. Sadly, it is also the poorest Episcopal diocese in the world. However, for what it lacks in material wealth, it makes up in its spiritual vigor.

I hold my Haitian clergy colleagues in high regard. My esteem for them stems from their Christ-like attitude, I am among you as one who serves (Luke 22:27). They put God at the center of their lives and their congregants’ needs always come before their own. In addition, each parish is a collection of churches in a geographic area, with some priests overseeing up to 18 churches, each with its own school. Even with the strong commitment of lay leaders, the demands on the clergy weigh heavily. They oversee the spiritual development of children and adults, the education of students, and the professional development of their teachers. If this seems like a tall task, they also take responsibility for food acquisition, the procurement of clean water, and access to medical care for their flocks. The priests in Haiti live among their congregants as ones who serve.

Therefore, as one can see, life in Haiti is difficult on a good day. After natural disasters such as earthquakes and hurricanes, resources become even more scarce and unattainable. Consequently, relief efforts become paramount in providing short term care to aid people who suffer directly from the effects of the natural disaster. The good news: We can help! Our help provides us an opportunity to stand in solidarity with our Haitian neighbors who are members of the Episcopal Church. 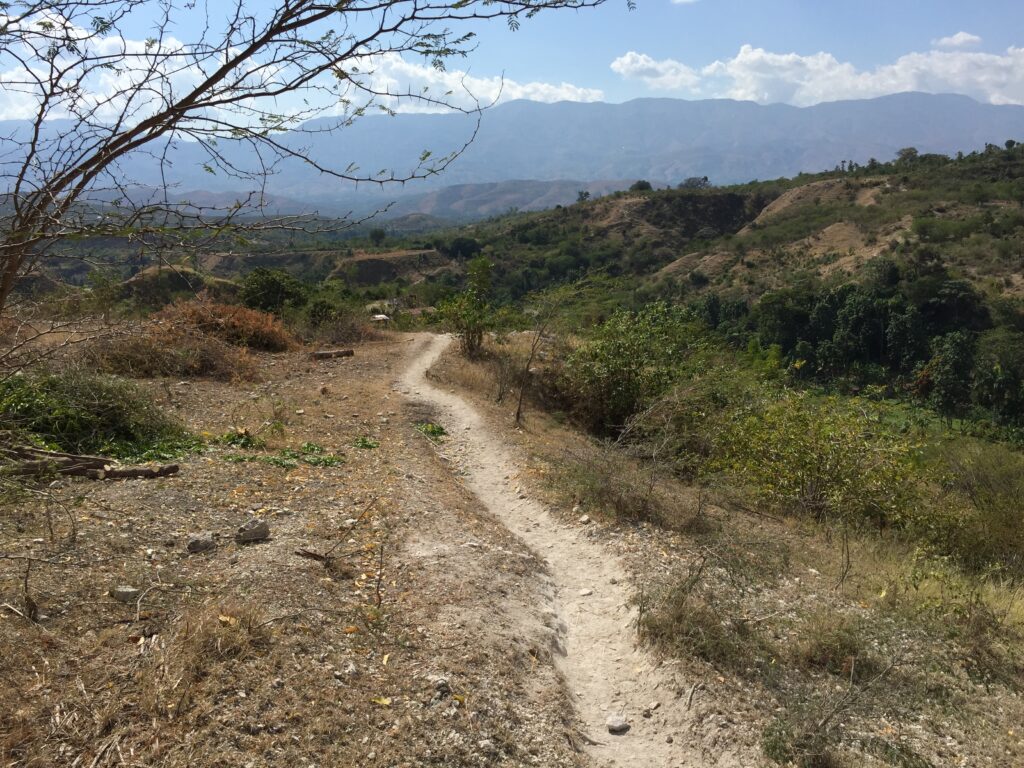 When I think of our Haitian neighbors, I see them as “holy partners in a heavenly calling” (Hebrews 3:1) in which we affirm our baptismal covenant to love Jesus and to respect the individual dignity of every human being. I phrase this reality to the students, parents, and teachers who travel with me to Haiti as, We are making the stranger our neighbor. Our tiny partnership with St. Marc’s School focuses on long-term development, collaborating with our Haitian neighbors to foster economic independence for the tiny village. Afterall, we are “holy partners in a heavenly calling.” 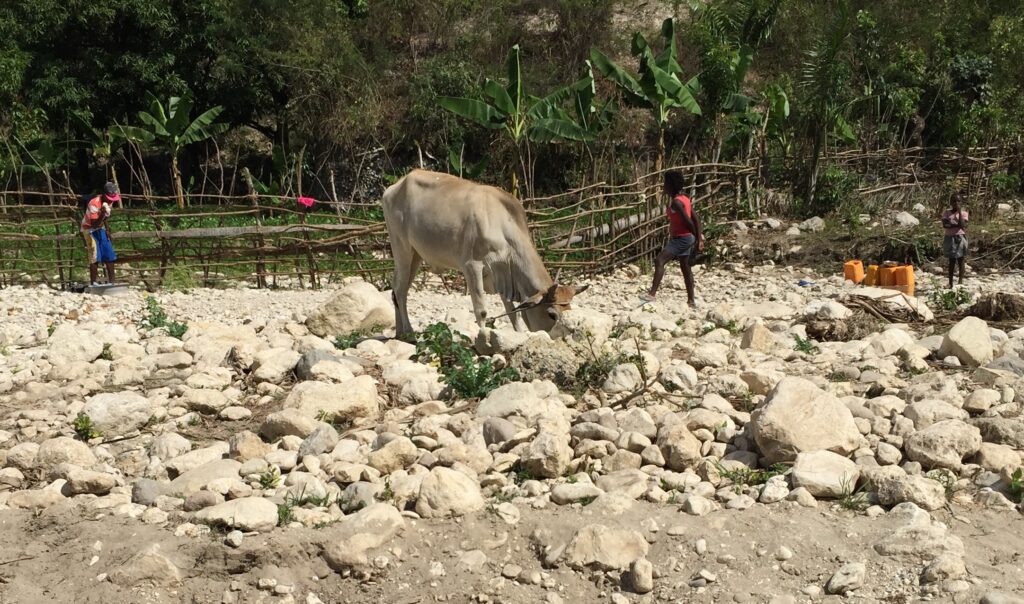 A dried up riverbed during Haiti’s dry season.

Turning back to the most recent earthquake and subsequent hurricane, our Haitian neighbors need our help relieving the immediate suffering of physical pain, material loss, and insufficient access to food and water. Yes, Haiti needs our prayers. They also need our action through any financial contribution people are willing and able to give. The best way to act on this is by donating to organizations that specialize in relief work. Consequently, the richest Episcopal dioceses in the world may desire to aid the poorest Episcopal diocese in the world by making donations to Episcopal Relief & Development. Remember every little bit helps because little by little, straw by straw a bird builds her nest.