Breaking the news of a move to children is fraught with fear, anxiety, and excitement all rolled into one conversation. 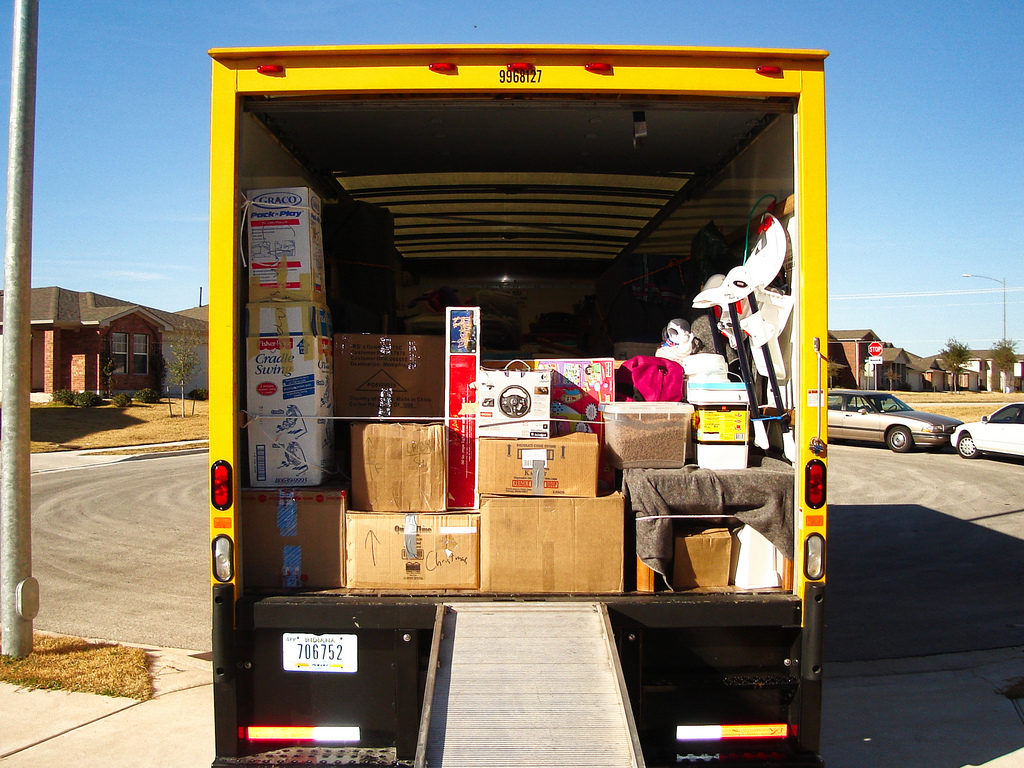 We knew such news would be most challenging for our oldest. He likes routine and the three-story Victorian rectory we call home. His initial response involved much resistance and focused on persuading us to postpone the move until everyone was older! Later, he accused me of calling the new place a utopia–I merely reminded him I was trying to remain positive. Finally, he now tells people he is not happy he is moving, but he has accepted it.

Our nine year old daughter, when told we had big news, piped up and said, “Are we moving?” And, yes, our family spy had figured out there were muted conversations and closed doors afloat in our house. While initially putting on the tough envoy mask, she later looked out her bedroom window facing the slate roof of the church, and lamented that she would never be Mary in the Christmas pageant.

And our six year old boy handled things very directly by bursting into tears. As we comforted him, we quickly learned the tears were not about the move, but about thinking that all the Valentine cards he had made were going to go to waste. Once we explained we weren’t moving for a few months, and the Valentines would go in the brown paper bags at school, he calmed down and moved on.

I can’t help but wonder how I as a Christian might best view the modern day phenomena of moving, We know that moving is often necessary in order to find meaningful work. In a clergy family it is just a way of life. And it’s part of Scripture too. The Old Testament Biblical witness is focused on finding the Promised Land. As the Israelites wandered in the desert longing for home, they found it easy to complain about missing the leeks and honey back in Egypt.  But as the story of Scripture progresses, the sense of what the Promised Land means continues to change. Sometimes it is one specific place; sometimes it is the holy of holies moving from place to place. Later, it is the Temple itself. Clearly, home continues to be defined and redefined.

In the gospels, Jesus was born into a specific town and community, which is later held against him. (Can any good come out of Nazareth?) But even at the age of twelve, his late stay in the temple as his family leaves without him shows us that he will probably be a man on the move. This proves to be true as he becomes an itinerant preacher throughout Galilee.

John’s gospel talks about his father’s house in which there are many rooms–or, as some translations say, many dwelling places. This reading is often read at funerals. I can’t help but think that a move has some parallels to death: we learn to detach from our stuff, favorite coffee shops, walking our kids to school, and sadly, even from our friends. And, yet the good news is that all of life is detaching from that which does not last forever and clinging to the good news in Christ. That good news is that we do not need to live in fear, that Christ accompanies us on this move, and that those whom we love will join us fully in that great party in the communion of saints.

So, for now, my daughter is writing in her journal about her favorite moments in each room of the house. My eldest is squirreling away his memoirs in a hidden diary. My youngest is just plugging along. We will be sure to say a prayer of thanksgiving in each room of this grand house and pray our good-byes. And we shall keep praying from our Book of Common Prayer that “we who are wearied by the changes and chances of this life will rest in your eternal changelessness.” No matter where we are, God is there.

Have you moved with children? How did you comfort and encourage them?