Today, the Episcopal Church commemorates Timothy and Titus, two companions of Saint Paul. Timothy and Titus were younger believers whom Paul entrusted with leadership responsibilities in the early Church. They were companions and fellow workers with Paul in ministry, but what strikes me most today is that they were also his spiritual children.

There are three letters in the New Testament addressed to Timothy and Titus which have traditionally been attributed to Paul; two of them addressed to Timothy and one to Titus. These three letters are referred to as the Pastoral Epistles, and they portray an intimate bond between Paul and these companions. In the Pastoral Epistles, Paul addresses Timothy as “my beloved child” and Titus as “my loyal child in the faith.”

As we celebrate these spiritual children of Paul today, I pause to reflect on the children entrusted to our care in our own time, in our families and churches. How do we nurture and help them grow in their life in Christ as Paul did for Timothy and Titus? I’m especially thinking of this question as it relates to the daughters entrusted to us, specifically my own daughter, Phoebe.

I remember being in high school and hearing fellow male youths tease their sisters in Christ by telling them to be quiet. They cited 1 Timothy 2:11-12 from memory, “Let a woman learn in silence with full submission. I permit no woman to teach or to have authority over a man; she is to keep silent.”

We are a product of the stories that shape us, and one of the stories that shaped me as a young man was that women could not be leaders in the church. That same story also shaped everyone in my faith community. Thankfully, that story wasn’t the final one of my faith formation. I eventually learned that there are far more stories in scripture that support the children entrusted to us and nurture their life in Christ. These stories are there if we look for them and do all we can to share them as we support our children’s life in Christ.

How was Timothy formed in the faith? He was obviously shaped by Paul’s ministry, but there’s a deeper story here. In 2 Timothy, Paul writes to Timothy, “I am reminded of your sincere faith, a faith that first lived in your grandmother Lois and in your mother Eunice and now, I am sure, lives in you.”

Yes, there is a story in Timothy claiming  women cannot lead the Church, but there’s a deeper story stating that Timothy could lead the Church because of the women who led him. It was the faith of Timothy’s grandmother and mother that shaped Timothy into a person who could become a companion of Paul in the journey of following and proclaiming Christ.

When it came time to choose a name for our daughter, Lauren and I decided on Phoebe. We both grew up in the same religious community that negated the ministry of women, and we wanted a name that would be our own little blessing of strength and affirmation to our daughter every time it was spoken aloud. We wanted a name that would affirm that she could be whoever God called her to be. So we decided on Phoebe, a leader in the early church, a benefactor of Paul who made his ministry possible and who delivered his letter to the Romans. Phoebe, a much better story to support our daughter in her life in Christ. 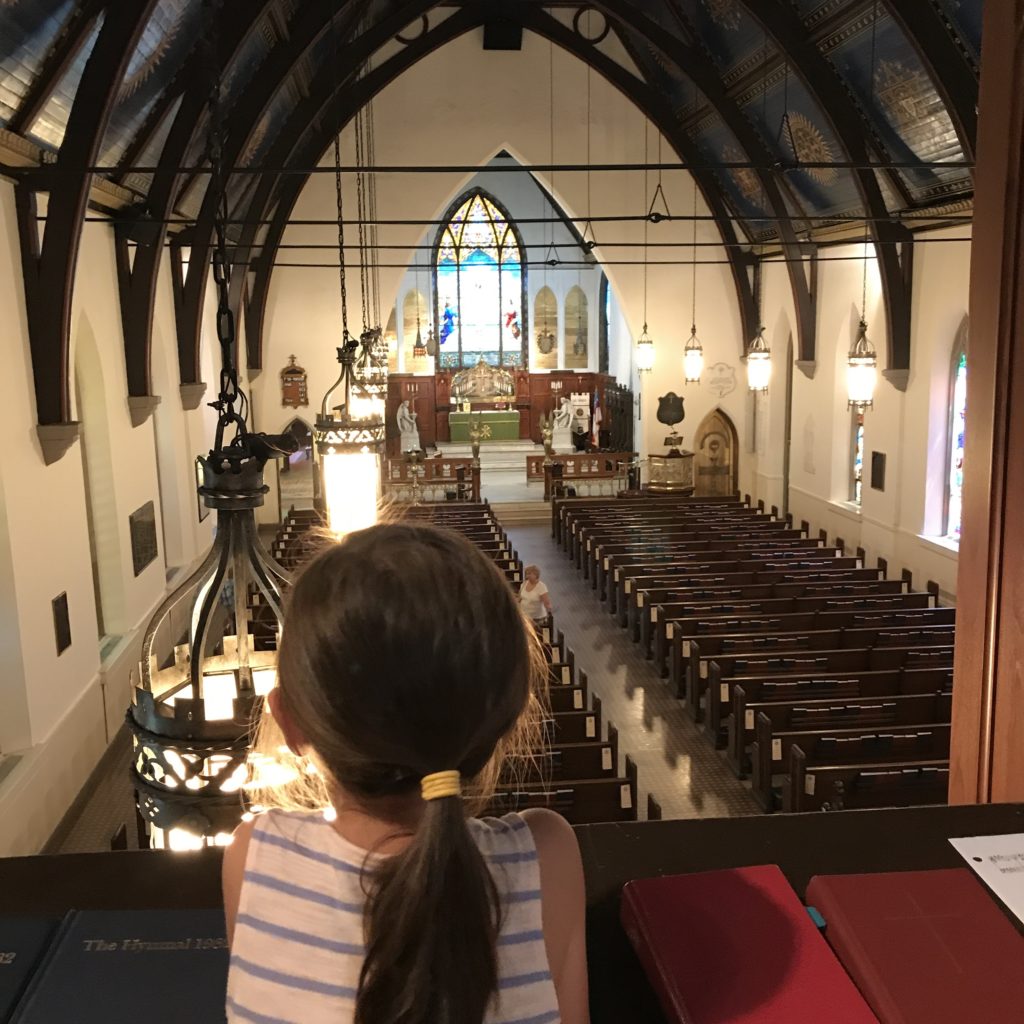 Phoebe in the choir loft of St John’s Episcopal Church in Montgomery, Alabama

Today, I give thanks for Paul and his companions, Timothy and Titus, and the pastoral epistles addressed to them. I give thanks for the families who formed these two companions, especially the grandmother and mother of Timothy, Lois and Eunice. I also give thanks for all the women whose living faith has shaped and nurtured the household of God, especially the female Episcopal priests who have made such a big impact on my life and the lives of my family. Their leadership and very presence have provided a better story and a world of possibilities where every person can teach and use their voice in this world and in the Church, even little girls named Phoebe.