Excavating the story of Saint George is a dizzying trip through western literature and English history—layer below layer below layer. Crusaders had a vision of Saint George in 1098, and the 1265 publication of a romance called the Golden Legend (translated into English in 1483) has him killing a dragon to save a princess. His name was used to invoke God’s protection in later Crusades, and the red cross on white associated with him became the English flag in 1284. Henry V took him up before the Battle of Agincourt in 1415, and he shows up again in Edmund Spenser’s epic poem The Faerie Queene published in 1590. It is likely that none of this would be recognizable to a Christian memorial in 495 (which itself was almost 200 years after his death) that esteemed him as a “good [man], justly remembered, whose good deeds are known only to God.”

It seems that George did more from beyond the grave than he ever did alive. 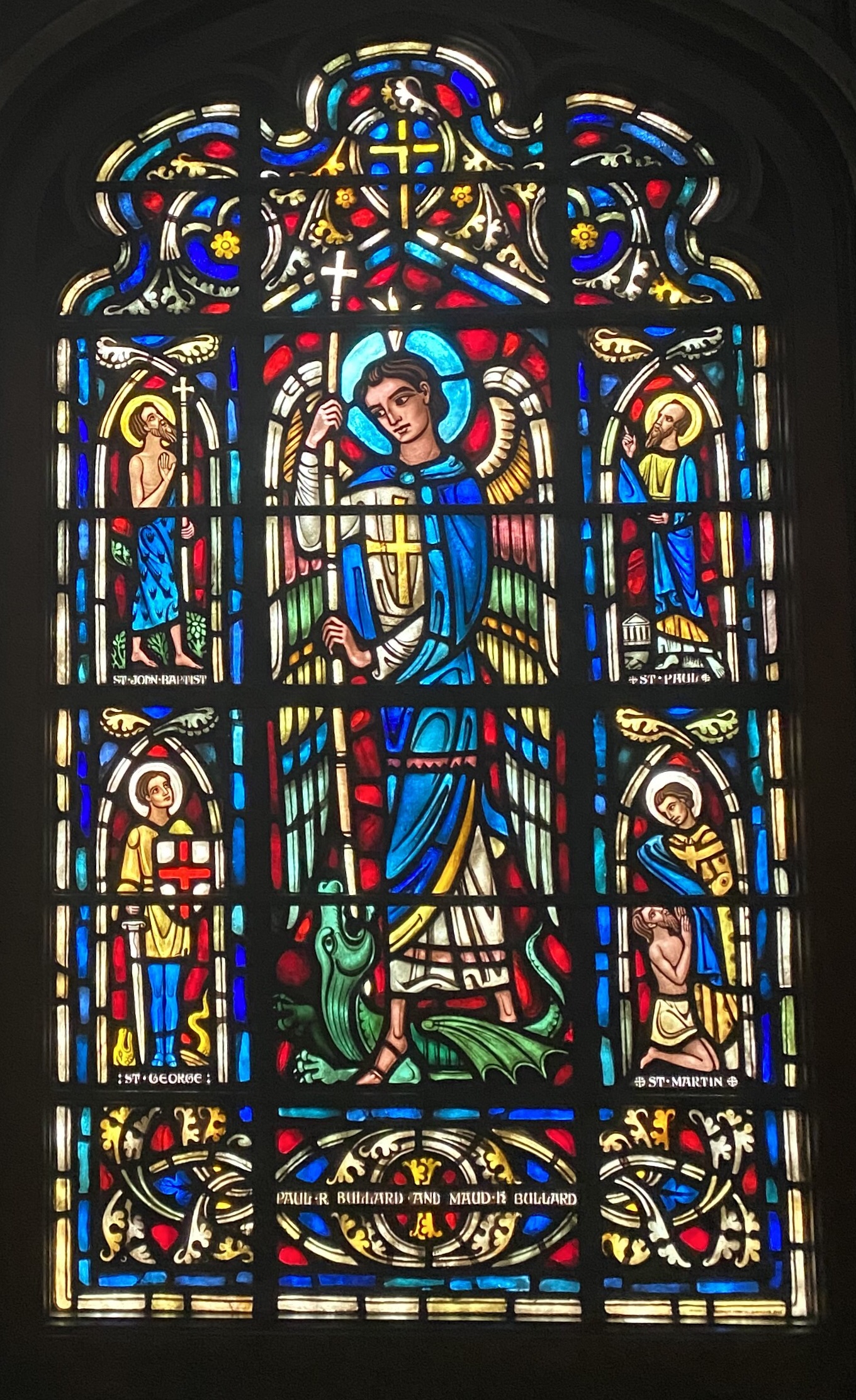 I served for many years in a parish with this stained glass window of George slaying the dragon. It was a curiosity I always enjoyed, but can’t say I ever particularly connected with it in a spiritual way. It was, however, a fantastic conversation starter with children. Kids know dragons. Everything in the world is bigger than they are, and the tight lines between “possible” and “impossible” have not yet been drawn.

As evinced by his neverending adventures, kids aren’t the only ones who need a Saint George. Extravagant stories and visions help expand our thinking to perceive a wider truth. Untethered from what “really happened,” we are free to find an imaginative space to experience what may have happened, and to place ourselves in the story. This is true both in our world and in the world of the Bible.

I found myself especially grateful for this logic recently in a study I led about the Wisdom Books of the Hebrew Scriptures. No, there was never a literal conversation between God as the power of good and Satan as the power of evil bragging about a righteous man named Job. However, we’ve all received terrible advice from friends, and, like Job, we can all use a reminder that we were not actually there when everything was made so calm down and let the Creator do God’s work. Imagining that conversation is an opportunity to explore our fears about why misfortunes come, and how it is that being a person of faith is no magic wand to whisk away adversity.

And now, like all literature about Saint George (with or without his dragon), I’ve strayed from his story to my story.

Where does imagining the life of Saint George take you?