We love to embrace mystery in the Episcopal Church. The Trinity is a mystery. The virgin birth is a mystery. The Eucharist is a mystery. I find this both comforting and frustrating. I grew up in the Roman Catholic Church and I don’t remember ever hearing about mystery. I loved that there was an answer for just about everything. I loved it until the answers no longer made sense to me. Sometimes the answers even enraged me, particularly the ones about women’s ordination.

While I was able to embrace the mysteries in my faith, the mysteries of my body were a lot harder to accept. My husband and I went through every fertility test reproductive specialists threw at us. We were young and healthy; there was no good reason for me to be infertile. Clomid didn’t work. IUI didn’t work. Three rounds of IVF didn’t work. At one point I got pregnant without any medical assistance only to have a miscarriage. There were no explanations.

When I pummeled my doctor with questions, she finally said, “It’s true, there is a lot we know and a lot we can do. But there is still so much we don’t understand. The reproductive system is still a bit of a mystery.” I looked at my doctor with all of her medical degrees and decades of experience and thought, “Mysteries are my thing lady. You don’t get science and mystery.” This was the same doctor who could not understand why we refused to allow her to create 30+ embryos out of all my harvested eggs. We told her we only wanted as many embryos as we knew we could use. That was the way we made peace with IVF. She didn’t understand because the more embryos we could work with, the greater chance of success. No, she didn’t get to use “It’s a mystery” with me.

It was in the midst of all the treatments that I started to struggle with Mary and the virgin birth. I didn’t have a problem with the virgin birth for the reasons that so many do. I was ok with the mystery of it all. Frankly, it had never been something I was too worried about.  I love Mary for who she was, not how she conceived. I prayed to Mary. I said my rosary. Yet despite those prayers and the best medical science money could buy, I could not carry a child to term. But God could make a virgin pregnant?!? Really? I know the Christian answer to that, well I think I do. So why not me? I wasn’t asking for a miracle. Two hundred and fifty babies are born every minute. I was just asking for one in a lifetime.

Growing up I was told that if you really wanted something, you should pray to Mary because God could not say no to his mother. Logically, I knew that was kind of silly. If that was true, why would anyone even bother to praying to Jesus? Yet when I was trying to have a baby, I pulled out every Christian prayer technique that I had in my arsenal. None of it worked. 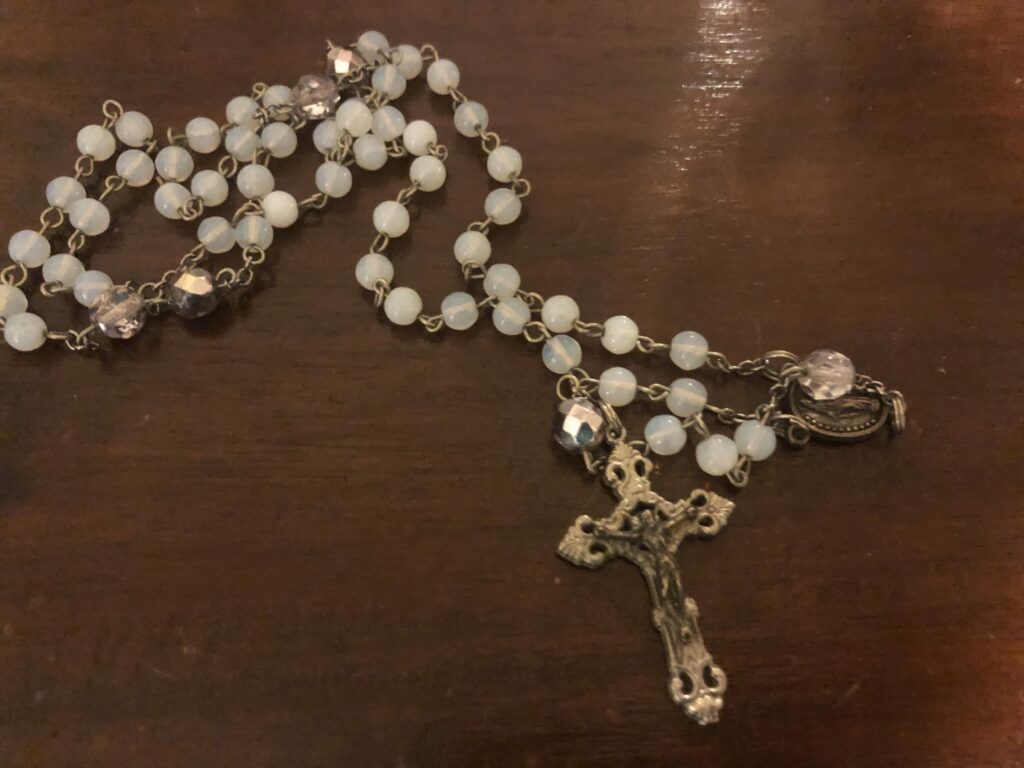 As time went by, I found myself growing bitter toward Mary and embarrassed by my dependence on her. She was a woman, but she had no idea what it was to pray for a baby and then not be able to conceive one. She received divine intervention without even asking for it. I put my rosary in the bottom of a drawer and didn’t take it out for years.

Eight years after we started praying for a baby, our prayer was answered. We adopted an infant who changed our world. Despite the joy of adoption and the knowledge that no biological child could possibly be more precious to us than our adopted son, my grudge against Mary remained. Then I read the readings for Mary’s feast day.

I had preached on the Magnificat many times, but never Paul’s Letter to the Galatians.  One of the things that skeptics of the virgin birth often point to is the lack of reference to it in any of Paul’s letters. Paul never even mentions Mary. This must have made it extra challenging for the creators of our lectionary on Mary’s feast day. The chosen passage mentions that Jesus was born of a woman, but goes on to say, “so that we may receive adoption as children.” It took me 15 years to see that. When I finally did,  I realized it was time to forgive Mary and embrace Paul’s language of adoption. Almost anyone can conceive a child, but adoption, well that’s divine.