The summer after I graduated from college, I interned at a small church in a tiny town with a single stoplight. At the time, I was a Roman Catholic working in a Methodist Church, and I was incredibly depressed. Since it was my first real church job, it seemed especially important that I appear confident, poised, and positive at all times, at least when I was with the Methodists. There was a Catholic Church in town with early weekday services where I could sit in the back, ensconced by a liturgy that had given me security and comfort for many years. And when I was with the Catholics, I wept. I like to think I wasn’t loud or disruptive, but I wasn’t subtle. It wasn’t like an occasional tear gently rolled down my cheek. I wept. Yet, no one looked at me strangely. They just gave me space.

One of the things that Margery Kempe is known for is her excessive and disruptive weeping. Her favorite place to cry was in churches, but she would cry anywhere—on pilgrimages, on the street, during times of silent prayer. Margery was a 15th century mystic and her tears resulted from visions she had. She was married and had 14 children (which also might explain the constant wailing). Oddly, she never spoke of her children in her writings; it was all about her relationship with God and the vivid visions that she experienced.

She was not the only mystic living at the time, but she was unique for a few reasons. Many mystics lived alone, sometimes as hermits in small, bricked in cells, but Margery refused to stay in one place. She travelled thousands of miles on extended pilgrimages, often times without her husband. She was not popular on the pilgrimage circuit because her excessive crying was disruptive. She also refused to talk about anything except God, and abstained from meat and alcohol. Fellow pilgrims often grew weary of Margery and abandoned her. But Margery kept going, determined to make these journeys because God had called her to visit these holy places. She was tenacious in her pursuit of her relationship with God.

While she was determined, she was also discouraged—she knew how people perceived her. She knew people doubted the sincerity of her visions. She spent a good deal of time trying to prove she was receiving these visions directly from God. Some believed her. Many did not.

It wasn’t merely gossip, Margery was tried for heresy—twice—and came very close to being burned alive. Yet she always found a few people to support her; a few people (some of them very powerful) who saw past the weeping and were humble enough to listen to this illiterate yet holy woman.

I confess I had a hard time getting through her autobiography. I found her tedious and desperate much of the time. And yet, as a woman in ministry I identify with her. I often find myself trying to keep my emotions in check lest I appear “too emotional.” I worry about what people think about me and my ministry. What I admire about Margery was that while she was troubled by what people thought of her, she didn’t let those concerns change her. The only opinion that truly mattered was God’s. In some ways I envy her single-minded pursuit of her relationship with God.

In other ways, I look at her and think that she could not possibly be someone I want to emulate. I only have one child, but when I write a book, he will definitely be in it. She also made life for her husband incredibility difficult. It was not what would be described as a healthy marriage. Like so many people, I have many roles and devote my time to many people. I could not let go of all that in pursuit of divine visions. Yet sometimes as I sit in my special seat at the front of my church and try to hold back tears, I wish I could channel her for a moment and curl up under the altar and cry. They might be happy tears, tired tears, or depressed tears. Whatever they are, they would be real and I could be my most authentic self. 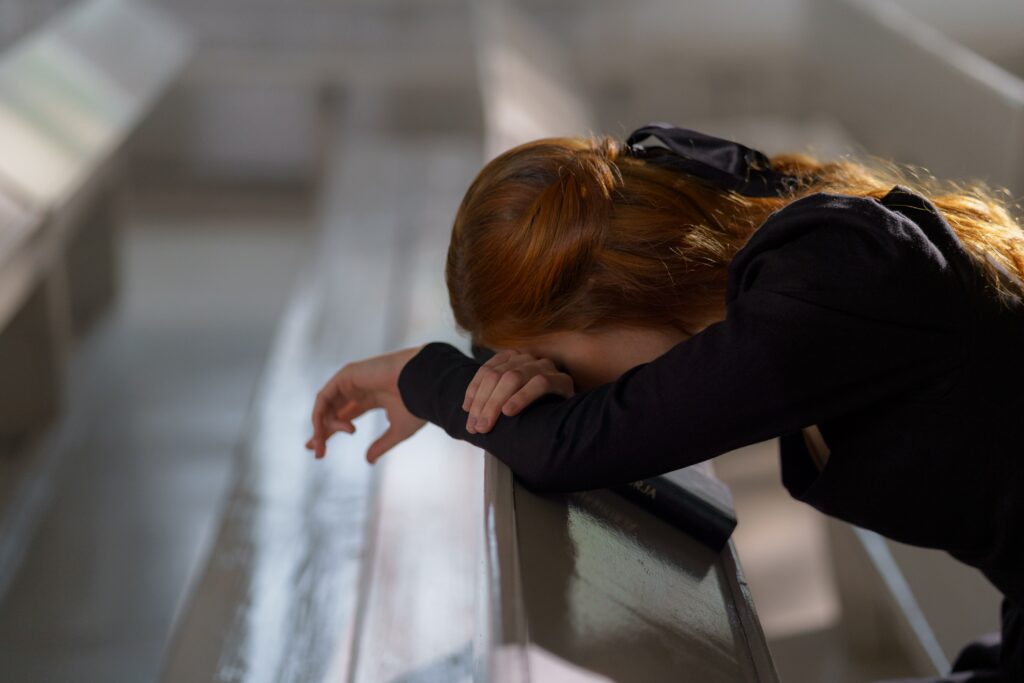 People occasionally tell me that they can’t come to church because they are afraid they will cry. I respond, “for goodness sake, this is the best place to cry.” If ever there was a safe place to show absolute happiness or utter despair, it’s church. Come when it’s empty. Attend a church where no one knows you, then have a good cry. Be Margery and let your weeping connect you with God. More importantly, don’t let anyone keep you from a closer relationship with God.

Also, avoid hair shirts. Even God told Margery that those were unnecessary.