O Sovereign God, who raised up (King) Kamehameha (IV) and (Queen) Emma to be rulers in Hawaii, and inspired and enabled them to be diligent in good works for the welfare of their people and the good of your Church: Receive our thanks for their witness to the Gospel; and grant that we, with them, may attain to the crown of glory that never fades away; through Jesus Christ our Savior and Redeemer, who with you and the Holy Spirit lives and reigns, one God, for ever and ever. Amen.

The overthrow of the Hawaiian Kingdom began on January 17, 1893 when businessmen and sugar planters forced Queen Lili’uokalani to abdicate. As I’ve been reflecting on the Holy Sovereigns; King Kamehameha and Queen Emma, it feels imperative that I begin by honoring the horrific, unlawful, end of the monarchy. While many view Hawai’i as a wonderful vacation spot, I call it home. I was born and raised on the east side of O’ahu, in Kailua. Both sides of my family came to Hawai’i two generations ago. I have cousins who are Native Hawaiian but I myself am not.

My parents were born before Hawai’i gained statehood. While our roots run deep in the sandy soil and my heart is connected to the culture and history of Hawai’i  it is not mine to own. The cultural trauma that Hawaiian people live with is a reality outsiders would rather forget. Even now, as I write, there is a protest on Mauna Kea (a sacred site for Native Hawaiians) that has been ongoing since July 15th where thousands have come to block access so that another telescope can not be placed on this holy ground, I encourage you to read more about what is happening there. All of this is to say that Hawai’i has a very complicated history that continues on today.

King Kamehameha and Queen Emma reigned in a time when missionaries had already come to the islands.  Educated by these American missionaries as a child, Kamehameha IV discovered the Church of England while visiting Europe in his teens and fell in love with the ceremony of the church. Emma was the granddaughter of a British man and was raised in an Anglican household. They asked Queen Victoria to send clergy to Hawaii to plant the church and with that, what would eventually (after an overthrow and annexation) become The Episcopal Diocese of Hawai’i was born.

Kamehameha and Emma were servant leaders of their people, dedicated to their entire well-being; physical, emotional, and spiritual.  Beyond bringing the Anglican Church to Hawai’i they saw what was happening to their people with diseases like leprosy and influenza and when their push for public healthcare was voted down they raised private funds to build The Queen’s Medical Center, which still cares for the people of Hawai’i today. The Anglican church founded what is now ‘Iolani School in 1863, like most schools at the time, it was only for boys. Queen Emma, passionate about young Hawaiian women having access to an education, founded her own school, St. Andrew’s Priory, in 1867 after traveling to England to meet with the Archbishop of Canterbury and returning to Hawaii with his blessing and the Sisters of the Church of England.

We celebrate the Holy Sovereigns on their feast day, November 28. Living across the country from my beloved islands, I find deep joy in listening to their names being echoed and stories of faith being recounted in churches around the world.  You see, I am part of their legacy. I am a graduate of St. Andrew’s Priory. I was baptized, confirmed, and married in Episcopal churches in Hawai’i. My identity is deeply rooted in their missions. The recounting of Queen Emma weeping at her first communion and of King Kamehameha’s deep grief over the death of their son, Prince Albert, are as much a part of my life as the stories of my own family’s faith journeys. While some cultures and countries had royalty who were separate from ‘common’ people, the monarchy of Hawai’i and these Holy Sovereigns were deeply invested and connected to their people. The ways that they poured themselves out for others and worked to better the lives of their people through churches, hospitals, and schools continue to care for the people of Hawai’i today. 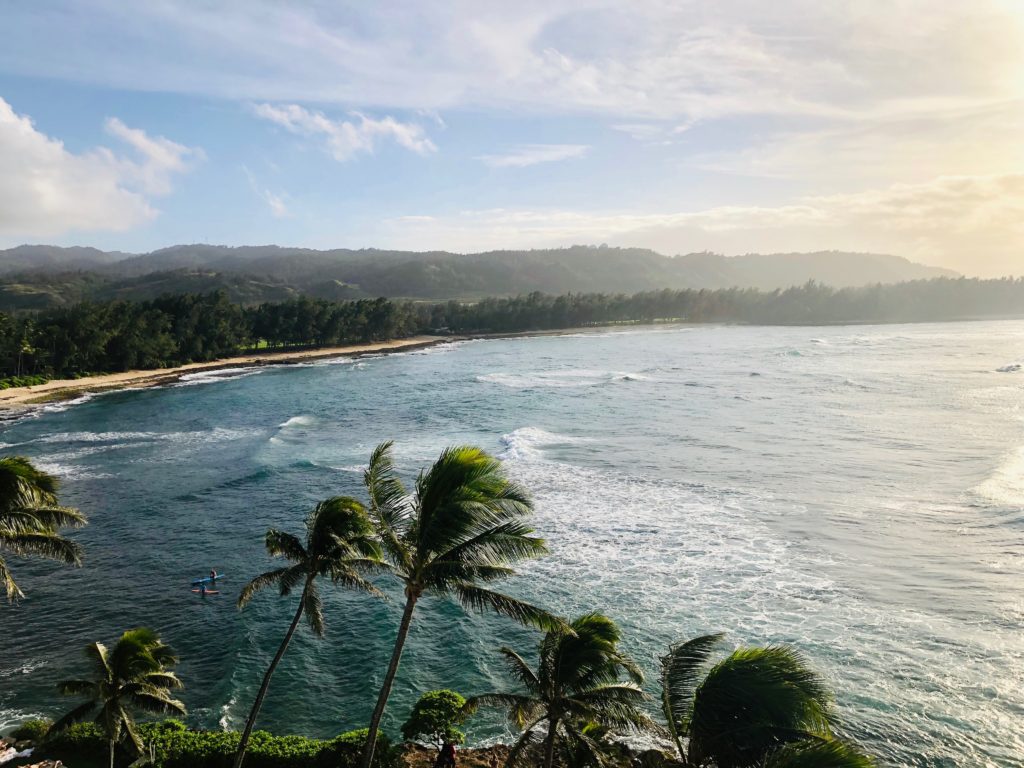 St. Andrew’s Priory’s moto is ‎Kulia I Ka Nuʻu which means strive for the highest.  It was always imparted on us that it wasn’t just striving for our own personal highest but for the collective good. As followers of Christ that is what Queen Emma and King Kamehameha IV did. As we celebrate them today I am in awe of the ways that the work they did over 150 years ago is continuing to empower the people of Hawai’i.  Their faith looked to the needs around them and they responded with action.

Just as the Hawaiian Kingdom was in the mid-1850’s, our world is in need of brave action being taken by those with power to improve the lives of those in need. How can we use the power given to us to bring the Kingdom of God closer for all of God’s people as the Holy Sovereigns did? Where are you being called to live out our baptismal covenant to e ʻimi a hoʻokau aku iā Kristo i nā kānaka a pau, e aloha ana i kou hoalauna e like me ʻoe iho? seek and serve Christ is all persons, loving your neighbor as yourself?

[Collect for Queen Emma and King Kamehameha IV is used with permission from Church Publishing.]