As a priest I probably shouldn’t admit to this, but I know next to nothing about James and Philip, the two saints whom we honor today.

To be fair, none of us can claim to know much about them either.

James the Less, son of Alpheus (not to be confused with James the Greater, the son of Zebedee) is only mentioned once in the entire Bible—in Matthew’s naming of the twelve disciples. Philip the Apostle (not to be confused with Philip the Evangelist mentioned in the book of Acts), who is also among the original twelve disciples, only gets a little more play. He’s the one, who, upon encountering a crowd of 5,000 people, rather exasperatedly and bewilderedly demanded of Jesus that he explain how in the world they were going to feed all those hangry folks. Philip also makes a cameo at the Last Supper.  But other than that, there’s not much else we know about these two friends and followers of Jesus. Unlike Peter, who made a name for himself for denying Jesus three times only to later be commissioned by Jesus as the leader of the church, James and Philip never take center stage in any of the Gospels. Nor are they known for any singular act of sacrificial devotion like their friend Joseph of Arimathea, who so tenderly buried Jesus after his execution. Truth be told, Philip and James are quite forgettable.

But as we enter the 6th or 60th week of the COVID-19 pandemic (I’ve lost track), there’s no question in my mind that their anonymous and often-forgotten nature is in fact what makes them the perfect saints for the “rest of us.” By that, I mean those of us who are not frontline responders but are instead fighting against this virus at home. In James and Philip’s faithfulness to the quotidian of daily living and in their willingness to yes to the way of Jesus day after day—even when it wasn’t glamorous— they helped build the community of faith that has been handed down to us today. In their willingness to seek after God in the ordinary moments of life regardless of whether they got the credit or even got it “right,” Philip and James prove that you don’t have to be on the frontlines to matter. Nor, do you have to have all the answers. 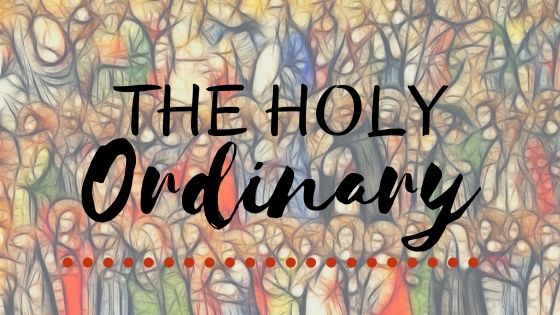 To parents and guardians overwhelmed by the responsibilities of educating your children at home: take heart. You don’t have to get it right or teach with the finesse of a seasoned educator. Embracing your imperfections and questions, is a gift of humility and vulnerability that you can give to your children that will last a lifetime…and, it makes you a saint.

To grandparents and godparents deeply missing your favorite lovebugs, kiddos, and partners-in-crime: take heart. God hears, holds, and honors your longing and ache as you perfect the hidden, but essential spiritual practice of endurance. And endurance produces character, and character produces hope…and hope does not disappoint. (Romans 5:4-6)…and, it makes you a saint.

To all who are following the way of Jesus, flawed and uncertain as we all are: take heart. In refusing to give up and in to the darkness and fear, in saying yes to the life you have been given this day—which, let’s be honest, may or may not be the one you envisioned or wanted—the Spirit is doing her perfecting, loving work in you…and, it makes you a saint.

We may not know a lot about James and Philip, but I’m convinced that we know everything about them worth knowing: the ordinary is holy.