So when they had come together, they asked him, “Lord, will you at this time restore the kingdom to Israel?”  He said to them, “It is not for you to know times or seasons that the Father has fixed by his own authority.  But you will receive power when the Holy Spirit has come upon you, and you will be my witnesses in Jerusalem and in all Judea and Samaria, and to the end of the earth.” And when he had said these things, as they were looking on, he was lifted up, and a cloud took him out of their sight. And while they were gazing into heaven as he went, behold, two men stood by them in white robes, and said, “Men of Galilee, why do you stand looking into heaven? This Jesus, who was taken up from you into heaven, will come in the same way as you saw him go into heaven.”  —Acts 1:6-11

Here, forty days after experiencing the impossible, grappling with the fact that Jesus had risen from the dead, the disciples are again standing in awe. The fact is they had seen Jesus raise people from the dead, so his resurrection, while startling and amazing, wasn’t without some precedence. But never had they seen a person’s body ascend into heaven. This was totally new, so new that they stood there gazing into heaven with such wonder that two men in white had to come and jolt them from their dumbfound gaze. The Ascension left the disciples with questions like when would Jesus return and where exactly did he go? But, the Ascension also called the early church to ministry and sent them forth into the world in a bold new way.

The Ascension, more than any other event, is about the witness of the church. It is about who we are called to be as a people filled with the Holy Spirit and sent to boldly declare to the world that Jesus is Lord.  Luke tells the story of the Ascension not once, but twice, telling it both in the last chapter of his gospel and the first chapter of Acts. The event of Jesus’ ascension is both the end of Jesus’ embodied time on earth and the beginning of the church. Often we think of the church forming at Pentecost, but the church was already gathered at Pentecost when the Holy Spirit came. At Pentecost we see the early church empowered to move forward in the mission Jesus had given them at the Ascension; being witnesses to all the earth.

It was at the Ascension that the disciples are told to go and be witnesses to the ends of the earth, to wait for the Spirit and to go on with full knowledge that Jesus will come back again just as they saw him go. This is still the mission of the church today and thus, along with Christmas, Epiphany, Pentecost, Trinity Sunday and All Saints’ Day, Ascension day is a principal feast day of the Anglican Church. The Feast of the Ascension reminds the Church who we are and what our primary mission is. It answers the questions, ‘what is the church called to do’ and ‘who are we called to be?’

Many churches gather for mass on the day of Ascension to celebrate together. This year, gathering in person isn’t an option, so I invite you to enjoy a picnic on a hill in honor of the hilltop drama that happened so many years ago. 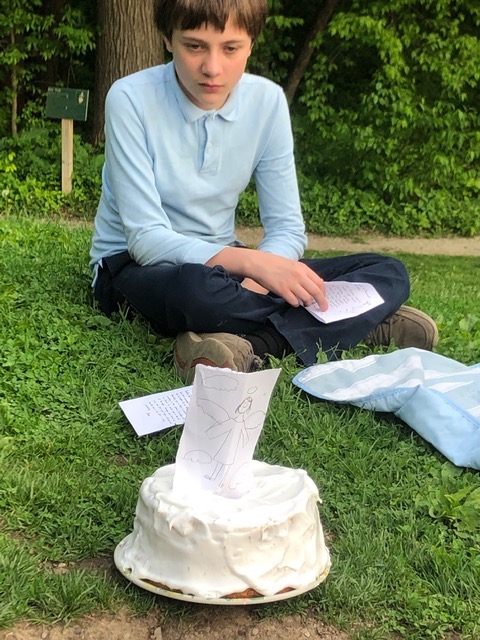 In our family and now our church, having a ‘cloud cake’ (any cake with a lot of white fluffy frosting) topped with a hand drawn Jesus is the tradition. We sit on a hill together and as the story of the Ascension is read from Acts, the cake and paper Jesus lift  up to the heavens. We read a favorite poem or two, sing a favorite Ascension day hymn and share cake. It has become a beloved tradition each year and we celebrate Jesus rising to the throne and sending us forth as his church to witness to the world. 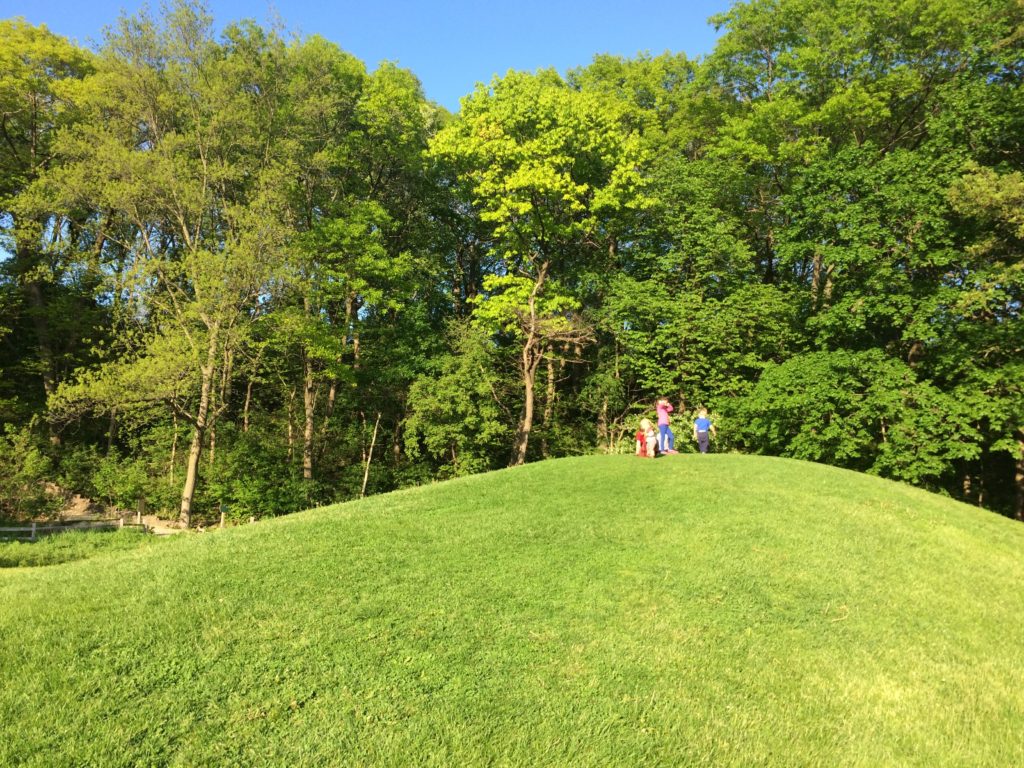 Our Family’s Favorite Hilltop Readings for Ascension Day:
Acts 1:1-11 Jesus Ascends into Heaven
Psalm 47 on God, King of the World
Psalm 93 on the Splendor of God
Ephesians 1:15-23 on the Riches of our Inheritance
Luke 24:44-53 The Ascension of Jesus