“Therefore, my beloved, just as you have always obeyed me, not only in my presence, but much more now in my absence, work out your own salvation with fear and trembling; for it is God who is at work in you, enabling you both to will and to work for his good pleasure.” — Philippians 2:12-13, NRSV

I discovered a love for photography at an early age. My mom gave me her old Konica 35mm sometime in high school. I had a blast taking pictures of friends and things I thought were cool. Very quickly, I became the guy who carried a camera everywhere. In college, I only took one photography class, but that is where I began to really experiment, playing with angles, filters, lighting, and so much more. I loved playing with up close shots, blur, and long shutter exposures.

That class taught me fundamental skills that became the foundation for creative exploration. One of the core fundamentals of photography is the rule of thirds.

The rule of thirds is a guideline for composing an image in which it is evenly divided into thirds, both horizontally and vertically, and thus the subject of the image is placed either along one of the lines or at the intersection of the dividing lines. This style of composition helps create a balanced image.

I think Saint Benedict could have been a fast student of photography. After all, he developed and cultivated his own basic rule of thirds. The Rule of Saint Benedict, after accounting for sleep and eating meals, roughly breaks the day up into thirds: prayer, learning, and work.

Benedict of Nursia was born in Italy around 480 CE and is considered the father of western monasticism. There are lots of books and resources on the Rule of Benedict out there, but for us today, I am more interested in the intersection of those three facets of life: prayer, learning, and work. 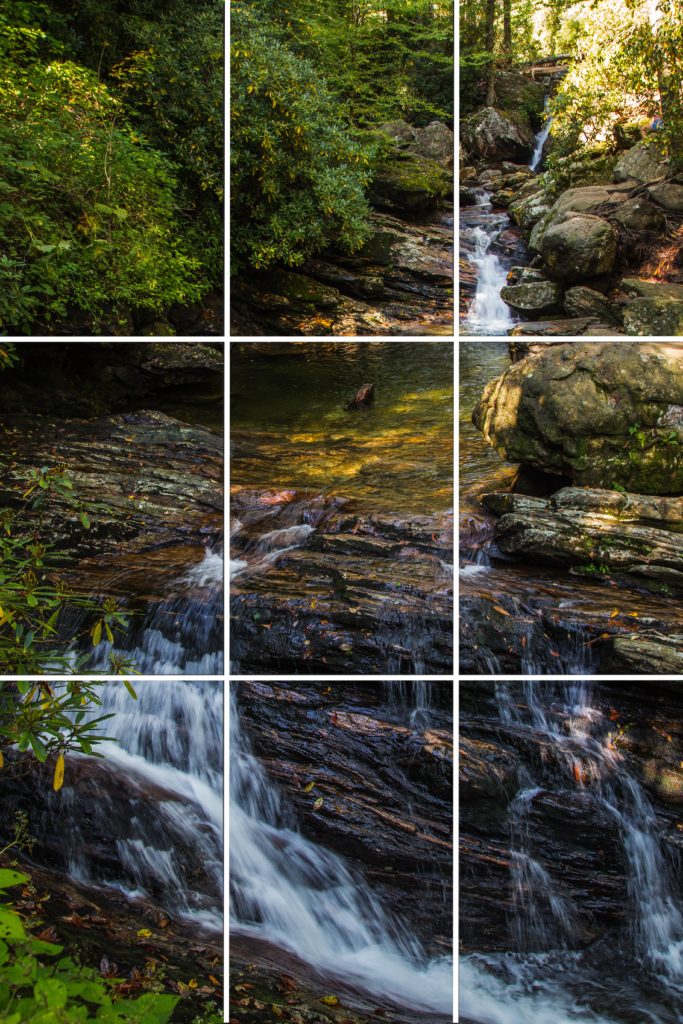 A life grounded in a rhythm of prayer (for instance, the Daily Office) is marinated in the divine, enabling and empowering a person to see the holy in study and work, and even more so, the holy in our daily encounters. Further, Benedictines were unique during their time, in that they were both scholars and laborers. The habits of each impacted the other.

Think about the times you have proclaimed or wondered, ‘There has to be a better way to do this!’ Monks were known to have developed ways for windmills and waterwheels to assist in their work. Monks developed and cultivated many agricultural advances. It is as though the structures and habits of their lives allowed the monks to more fully live into an ability to be co-creators with God and one another.

These sorts of developments came together at the intersections of the dividing lines in their lives. One could argue that holiness spills out at the intersections and dividing lines. In seeking to cultivate a life that follows the teachings, examples, and patterns of the life of Jesus, one is empowered to see holiness in all things, partnering with God to bring it to the surface of our lives.

God is at work in you. Pay attention to where those the guidelines of prayer, learning, and work intersection. Let your gaze be drawn into focus at those intersections. I pray that you will find God, that God will be revealed to you, at the intersection of those facets of your life.

How might a rule of thirds as a lens impact how you might structure and live your life?

Where might a rule of thirds lead you to focus in your life?

How does a habit of prayer affect the other aspects of your life?  Of the life and habits of your family?

How do the intersections of prayer, study, and work reveal holiness in the world around you?

How might experimenting with photography help your kids and family see the world in new ways?