Today the Roman Catholic Church celebrates the Feast of Saint Blaise, a fourth century bishop, healer, and martyr. While we don’t commemorate Blaise in the Episcopal Church, the gospel text appointed for him (Luke 7:1-10) has been on my mind lately. At the onset of this healing narrative we meet Jesus in Capernaum. He has just delivered the Great Sermon in Luke 6 with its powerhouse of “Blessed are you” statements, parables, and divine blueprints for living in the new kingdom, the way of love. Luke 7 is surprisingly not very interested in discussing the healing. This is fascinating considering the author, Luke, was a physician. Instead, the bulk of the story is set-up, describing the circumstances surrounding the healing. Following on the heels of the sermon, this passage seems to imply that it could be the application portion of that same event—like a lab after a lecture. It’s as if Jesus is demonstrating in real time what it means to live his words.

Imagine for a minute that the three main characters of the story—the servant, the centurion, and Jesus—are standing in front of you. You probably imagine them in a line, so from there we could put them in order of importance from least to greatest or greatest to least, take your pick. Either way the centurion is in the middle. Jesus has authority over the centurion, who has authority over the servant. It’s not fair really, but it’s been the way of things.

Yet if we look beyond their social status or label we might see that while the politics of functional reality require rank and authority structures, the servant, centurion, and Jesus treat one another more as equals. They relate to one another in a non-linear order, like an equilateral triangle, each serving and celebrating the others intuitively. There’s no hierarchy in such a triangle, just seamless and unending support with each point, or person, relating equally to the other two. “Yes,” said Father Randall, our rector when I shared this with him. “And what aspect of our faith does that remind you of?” I had no idea and guessed something about serving others. “No, the Trinity!” Whoa. Insert that little mind-blown emoji right here.

That’s indeed it, a nod to the Trinity. The servant is “valued highly.” What kind of servant could inspire this? His personality and work must be exceptional to prompt a master to seek out that Jewish healer Jesus when this subordinate is sick enough to die. Ordinarily, a servant—even a good one—is not hard to come by. Frankly, the supply to replace a sick or dead one is nearly endless. What kind of master does this? Apparently one who also funds synagogues. This generosity of spirit is a pattern with him. He lives intentionally in his community. His uplifting character seems to be widely known and nothing new.

While Jesus probably doesn’t know the servant, he behaves as if they are peers, even friends. He’s willing to break Jewish law forbidding Jews from entering the home of a gentile. In an act of outlandish and radical love, Jesus is en route to visit and heal the sick servant, but is stopped by a Jewish delegation sent by the centurion. They tell Jesus not to continue the journey because the centurion is expressing unworthiness (probably not because the house is a mess or the teenagers are still in their pajamas lounging on the couch with their cell phones, but we can entertain that idea for a minute, right?) and somehow believes Jesus could “ . . . only speak the word, and let my servant be healed.” Why is this well-to-do military guy talking crazy like some Jewish prophet? This is some serious and strangely appropriate adoration coming from an unexpected place.

All this to say, nowhere in the servant-centurion-Jesus triad is there competition for attention or power, jockeying for position, or proving rank or status to the others. There is only mutual respect, joyful collaboration, unwavering trust, collective edification, honorable stepping-up to serve, and a framework of beloved unity. 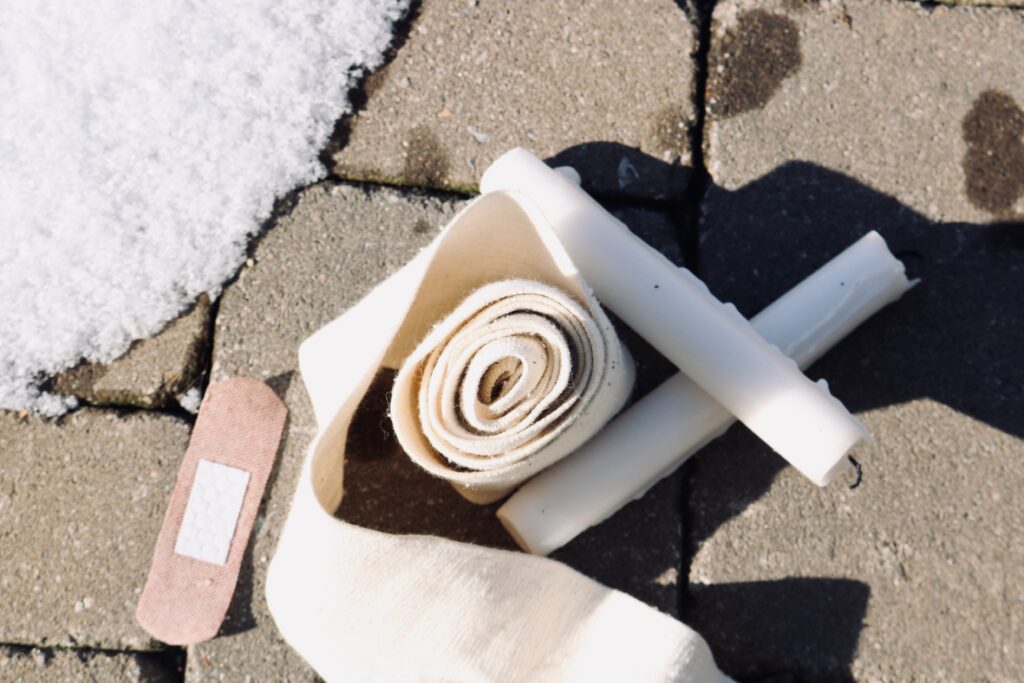 Into this situation drops a miraculous healing. And it doesn’t even take a word. The only words Jesus says in the whole story flow out of  his “amazement,” out of an outpouring of appreciation for a gentile brother’s faith. The healing arrives. It’s nearly an afterthought, almost a footnote to the glorious context of godly community.