“For the world and time are the dance of the Lord in emptiness. The silence of the spheres is the music of a wedding feast.” —Thomas Merton, New Seeds of Contemplation

Later today I’ll call 600 Kitchen & Bar in downtown Kalamazoo and ask a question I’ve never asked before. “Yes, hello, are you taking reservations for shipping container tables for February 28?” Outfitted with bluetooth speakers and electric heaters, our local news outlet MLive.com reports that for each private shipping container dining pod “plastic door flaps cover entries to the containers, and the openings face each other to create a sense of socializing with other diners next door.” The restaurant encourages diners to dress for the weather (today: fifteen degrees with snow showers) but also offers blanket rental for $2.

Our wedding anniversary is February 28. On this date last year we had a long and relatively luxurious tapas dining experience at Fandango. Then, leaning in against a stiff north wind, we walked to The Union for live music and a shared order of their giant chocolate chip cookie served in a hot skillet. That was the last time we dined out indoors. Since then both restaurants have permanently closed.

Between these two anniversaries bookending our seventeenth year of marriage, I’ve rediscovered the wedding at Cana. Like an innovative COVID-era restaurant fighting like hell to stay alive and keep staff employed, I’m reimagining everything anew. Isn’t that the best thing about the Holy Spirit working in our reading of scripture—getting our assumptions blown up and reconstructed time and time again? Interestingly enough, that’s what Jesus is doing at the wedding in Cana of John chapter 2. He’s superimposing the new kingdom on the old—subverting the old even—because the new covenant, like a new marriage gushing abundant love is here.

Clue #1 that this is more than a quaint face-value wedding story is how it begins: “On the third day . . .” It’s an unmistakable foreshadowing of Jesus’ resurrection. Note also that the first wedding attendee named is Mary. A low-profile female guest is the first one mentioned, followed by Jesus and the disciples. It’s fitting that she appears first. Without her to convince Jesus to perform this miracle it may not have happened. In a slick parenting move, Mary sees the opportunity for her child, and sees the potential for him to help. It’s her vision that matches Jesus’ skills with the “fun juice” shortage. It’s her audacity to thrust the divinity of her son, her Lord, into an issue so traditional as a wedding feast and so ordinary as a supply-and-demand problem, and a relatively frivolous one at that.

Jesus says, No Mom, it’s not my time, and she overrides the response of her Maker-in-the flesh offspring. This is such a classic mom maneuver—she doesn’t argue with Jesus, she goes around him, passively ordering his next move with trust and confidence that he will fix the issue somehow. She simply tells the servants (surely loud enough for Jesus to overhear), “Do whatever he tells you.” Is she suppressing joy? I like to think so. Mary seemingly pulls the miracle out of a reluctant Jesus. Do whatever he tells you. The quote pops from the page. Her command rings in our ears still.

Often in this water-to-wine story the significance of the stone jars is overlooked. Jesus orders them to be filled but their intended use is for Jewish ceremonial rituals, not for drinking water and especially not for making party drinks. The appearance of Jesus’ direction is a scandalous disregard of Jewish law and the sovereignty of Yahweh. Maybe the guests are having too much fun to notice but this is a big deal. The servants fill the six huge jars to the brim. Jesus’ liquid wedding gift to the world can barely be contained by the old ways. Something new and good is here and it’s coming out in an unusual place—someone else’s wedding. 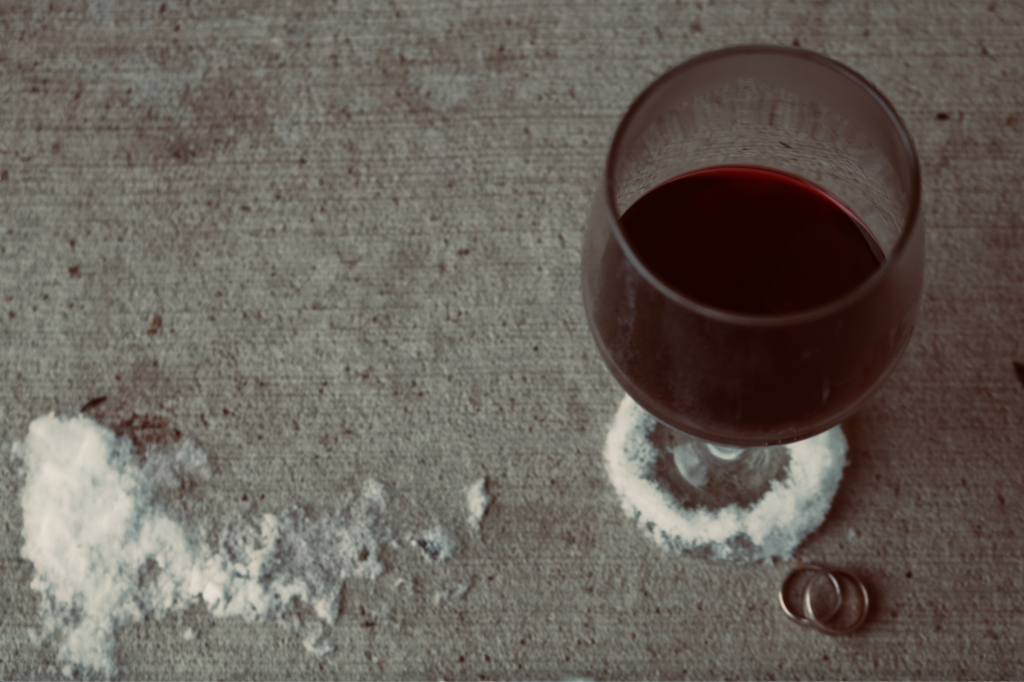 Scripture doesn’t say when the water actually becomes wine. Only the servants—the essential workers—can give the full account. They fill the jars with water, draw some out, and take it to the chief steward. They’re the mortal doers facilitating the miracle and holding the story. Does it happen in the carrying on the way to the steward? Do they take it as water, trusting it’ll be wine by the time it arrives for tasting?

Jesus is the true bridegroom at this borrowed wedding. With this first miracle, in the words of the chief steward, he “kept the good wine until now.” Today, Jesus calls us, his servants, to make space in the stone vessels of our lives. We are called to openness to receive the wine, the cup, the communion, and all the ways Jesus draws us to himself and to one another through them.