I grew up in New Orleans, a city with a strong Roman Catholic presence. A lot of the kids I knew attended Catholic schools. Statues of the Virgin Mary adorned every third front yard. Fridays in Lent meant that someone was always holding a fish fry. The rhythms of the city run according to the church calendar far more than anywhere else I have ever lived, all heavily influenced by the European traditions that brought Catholicism to New Orleans in the first place. The most famous example of these traditions, of course, is Mardi Gras. Less widely-known is the tradition of Saint Joseph’s Day Altars.

New Orleans is famous for its French influence, but other strong cultural presences include Haitian, Northern African, Spanish, Vietnamese, Irish, and Italian. Saint Joseph’s Day altars come from Italy. The nineteenth century brought many Sicilian immigrants to New Orleans, and they brought their traditions with them. According to tradition, sometime in the Middle Ages, the people of Sicily asked Saint Joseph to intercede for them and bring rain to end a long drought. The rain came, and every year since then, the people of Sicily have thanked Joseph through feasts and elaborate altars set up in his honor on Saint Joseph’s Day. In New Orleans, the Italian tradition extended into mainstream Catholic practice, so the whole city now celebrates Saint Joseph’s Day on March 19th. 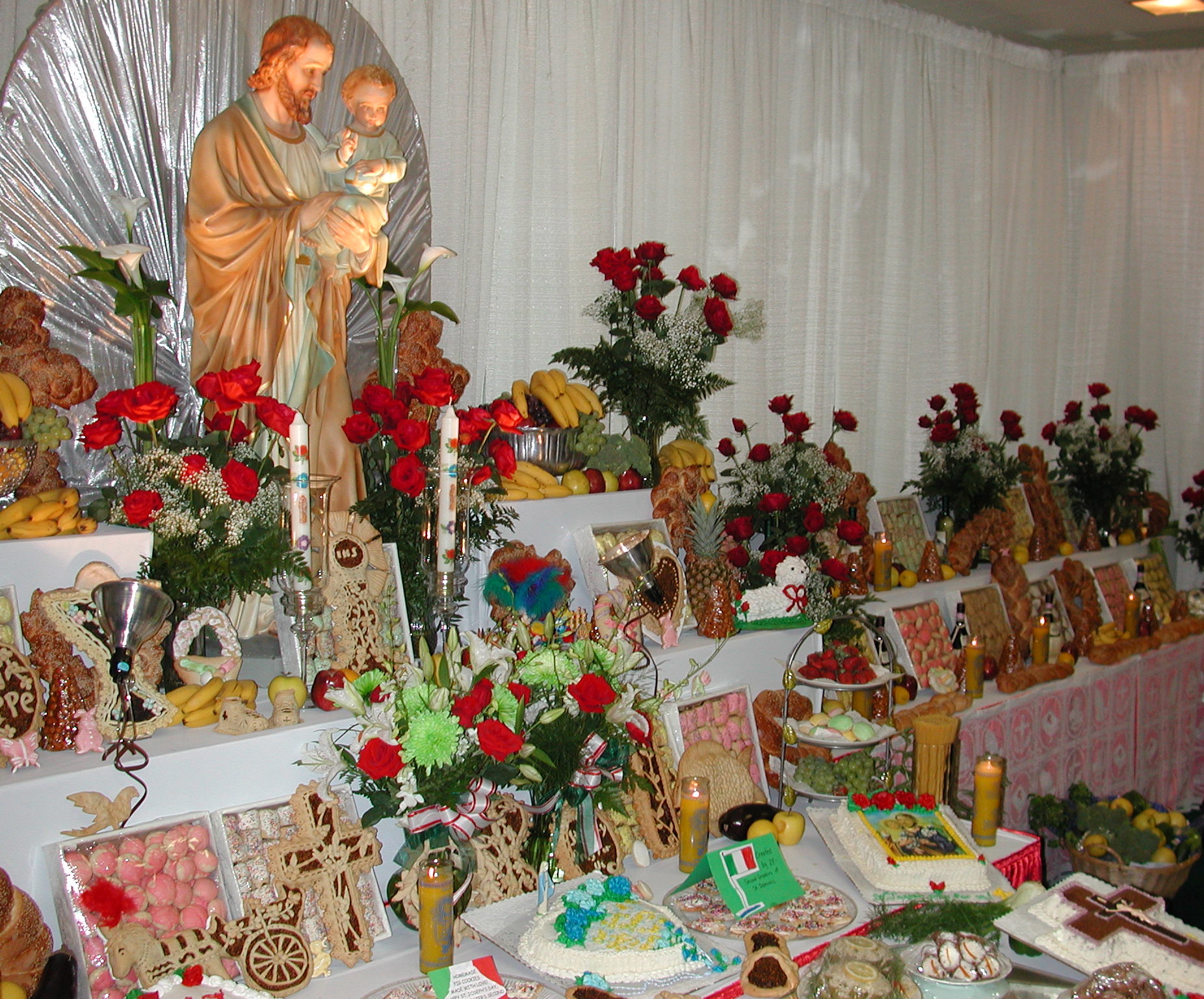 Catholic schools and churches create intricate, beautiful altars. They are usually three-tiered to represent the Holy Trinity, topped with statues or paintings of Joseph. My Catholic husband remembers his elementary school setting up a big altar every year, with trays and trays of cookies. “Not the regular kind, like chocolate chip and oatmeal raisin,” he recalls. “The Italian kind, frosted red and green and white.” The altars emphasize baked goods—breads cooked in elaborate shapes, especially crosses and cornucopias—and large cookie cakes decorated as works of art. People also add flowers, trinkets, fruit, and other symbols of abundance and devotion. People from across the parish set up the altars, thanking Saint Joseph for his abundance, and everybody shares the baked goods together. Often, food is also collected for soup kitchens and food pantries. Saint Joseph’s is a feast of generosity and abundance. 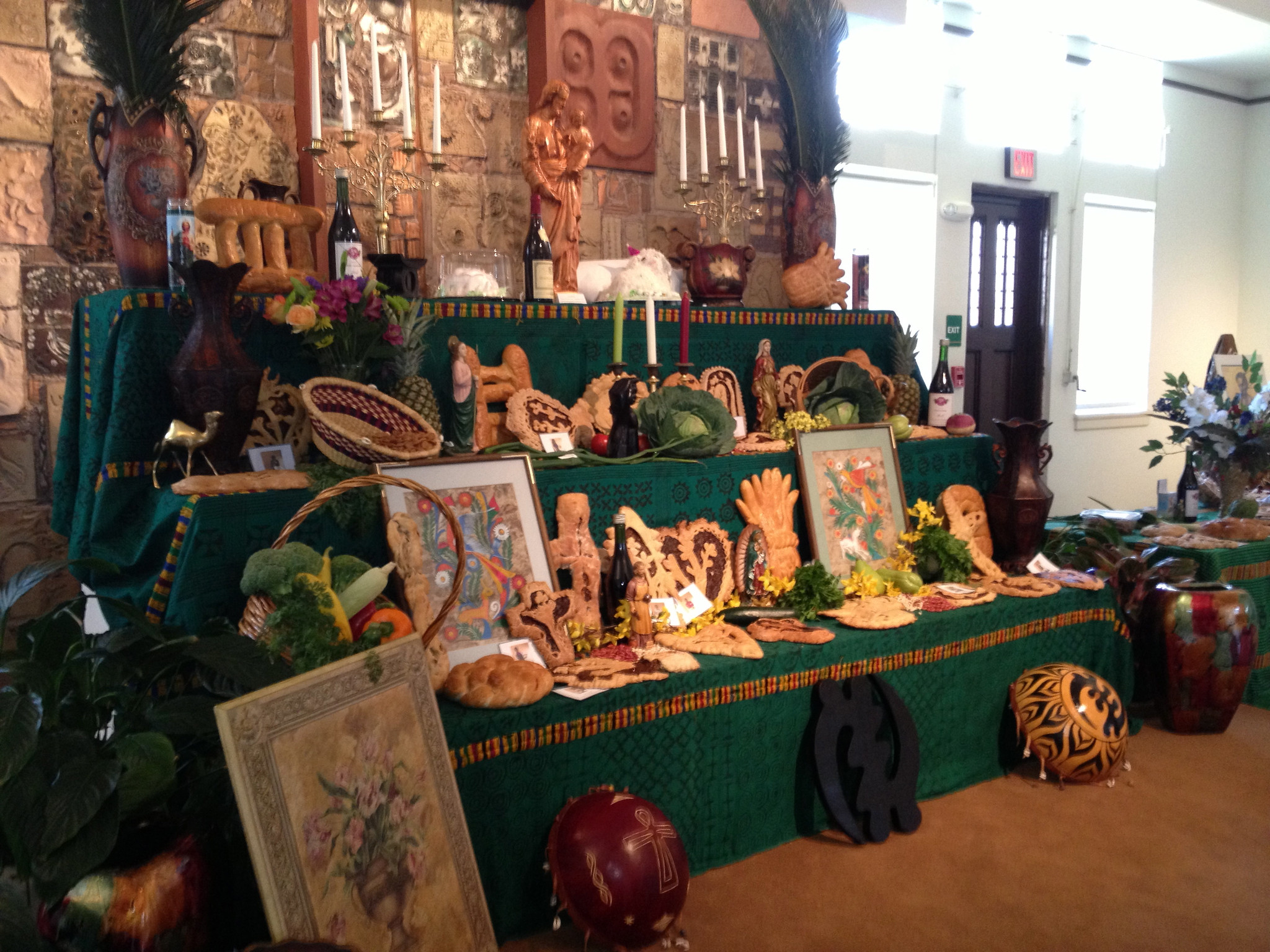 Traditionally, Saint Joseph altars include fava beans, since fava beans were the crop that sustained Sicilians throughout the famine, and are considered lucky. Italian Americans across the country feast on pasta dishes and minestrone soups on Saints Joseph’s Day. Vegetarian dishes are emphasized in some Italian American communities, since the feast day falls during Lent. New Orleans celebrates Saint Joseph’s Day (as it does Saint Patrick’s Day and other celebrations as well as Mardi Gras) with a parade through the French Quarter with many floats and marching bands.

Saint Joseph’s Day falls on March 19, so on that day, take a page from the Italian American book and consider celebrating God’s glorious abundance. Perhaps share food with your family and others in your bubble, perhaps. Perhaps gather food for food banks, which are in great need of donations right now because of Covid-19.

How might you celebrate it with your own altar of baked goods next week?