As [was] the custom, the Presiding Bishop gave an opportunity for those who did not agree with the ordination of Barbara to express their dissent. You could feel the silence.

For a few moments, nothing happened. Then heads started turning. A man was headed towards an open mike…He was a priest who had been against the ordination of female bishops.

Some in the crowd started to shout as a way of preventing him from speaking. Bishop Browning asked for silence. Barbara kept her eyes on the cross. She never looked at him.

He held the mike tightly, twisting it. Then he screamed, “This is a farce! You are not a priest, not a bishop, and no sacraments that you perform will be legitimate. I call on the Presiding Bishop not to go ahead with this pretended ordination.”

…As he spoke, an elderly Black woman got out of her seat.

“That’s Barbara’s mother,” someone whispered. “I wonder what she is going to do.”

Walking over to Barbara she hugged her and said, “Don’t worry my child. It will be all right. I am your mother and I know.” As soon as the women hugged each other, the man stopped talking and went back to his seat.

It seems that all of the saints I’ve been invited to write about for Grow Christians are those with whom I have a bit of emotional and physical distance—usually a hundred years or so. Never has one ridden in my Cheerio-crumb-strewn car with me, stuck in traffic on Storrow Drive in Boston, while regaling me with plans for her upcoming vacation with her best girlfriends, complaining about Massachusetts traffic and laughing with her signature rasp at her own hilarious, if somewhat off-color, jokes.

The Rt. Rev. Barbara Clementine Harris served as Bishop in the Episcopal Diocese of Massachusetts from 1989 to 2002. She was the first female bishop in the Anglican Communion, and in addition, she was the first Black female bishop in the Anglican Communion. She was elected at a time when racial tensions in the city of Boston were high, and she presented a most unusual portrait of someone called to the Episcopate—a Black woman who had worked in public relations for an oil company, who was divorced, and whose seminary pedigree was not from one of the old standard schools of the Episcopal Church.

She died on March 13th, 2020, where I’m sure God welcomed her with the same words and emotion she shared with a friend upon her entrance into the convention center filled with 8,000 people at her consecration: “What a hell of a welcome!” Today on the first anniversary of her death, Bishop Alan M. Gates and Bishop Gayle E. Harris invite people across the Episcopal Church to include remembrances of Bishop Barbara in their prayers and liturgies.

Bishop Barbara was raised in Philadelphia, the granddaughter and great-granddaughter of slaves. A lifelong Episcopalian and lover of hymns and music, her mother made church a part of their lives together, even when the church did not love her back—she would share the story of a bishop who would neatly slip white cotton gloves on his hands at confirmations, so that he would not have to touch the heads of Black children (herself included).

Her life as a priest and as a bishop was preceded by years of advocacy and justice work, not only in the nonprofit world, but within the confines of her corporate job as well. Advancing the opportunities and roles for People of Color, Black-owned companies and women (of all colors) were the issues closest to her heart and demonstrated again and again in her work life and ministry.

However, there were some who believed otherwise. And it was in this capacity where Bishop Barbara’s ministry moved from vocational to prophetic.

The man singled out in the passage from The Miter Fits Just Fine! was far from the only one offering a refusal to not only her consecration, but her very ordination in the Episcopal Church. The issue was that a body who was different was a body incapable of representing Christ at the table. Hers was a body which was deemed unworthy, incomplete, lacking. Hers was a body so offensive to people that she was surrounded by undercover police clothed in albs in her consecration procession to protect her. Hers was a body which was offered a bullet proof vest to wear under her vestments, because of the death threats lodged (she declined, both citing that if she was shot, what better place than at the altar, and also—with a dose of Bishop Barbara’s practicality and sass—noted that a 30lb vest would most likely topple her slight frame over before she actually got to the altar to be shot). 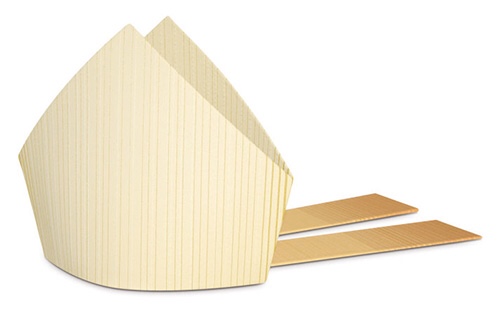 And in face of the screams of the so-called deficiencies of Bishop Barbara’s body, her mother straightened her hat, named her, claimed her, and told her she was loved. This, to me, is our God incarnate, the divine parent who names us, claims us, and allows us to effect more change than we could possibly imagine.

Bishop Barbara (which is the address by which we affectionately call her in the Diocese of Massachusetts, and not a diminishment of her proper title or name) stood and looked to the cross as she offered her body, in that moment, as a radical proclamation of love above all else. She would go on advocating for justice for all bodies, paving the way for Black women to hear God’s call, and more importantly, be accompanied in their ordained and lay vocations.

The Rt. Rev. Barbara C. Harris was a saint who loved people as they were, and as a mark of that love, claimed God’s love for every person who had been told that their bodies and lives were not good enough for God and Christ’s ministry and mission. In that moment of taking public office as an African American bishop and the first woman bishop, she connected the two parts of Jesus’ own life which we all have been blessed with in baptism—God’s claim on her as Beloved, and eyes towards the cross. Her faithfulness was bringing her whole self—every part of her—humor, Spirit, intellect, raspy voice and all—and show the world how God is glorified in each of us—as, she would say, ‘the foolish confounding the wise.’