As I sipped my coffee this morning, my son and husband were hunched over the New York Times. We all were discussing the deliberation of the Derek Chauvin trial. Soon we begin listing the recent cases of police brutality in our country. Just last week one young Black man was killed for having an air freshener hanging from his rear-view mirror. A week or so ago another African-American man, who served our country in the military, was pulled over and harassed by the police. A few days ago a video was released of a 13-year-old Latino boy who was shot dead.

I commented to my son, who is now 15, that my awareness of cars turning into caskets in the Black community had begun with Rodney King way back when I was in college. While I have difficulty remembering every name of every victim of police brutality certain names will never be lost for me. Some names would never be forgotten. Philando Castile because he worked in the cafeteria where my friends’ children attended school. George Floyd because his death sent reverberations around the world during a global pandemic. Sandra Bland because she was a woman. Names—so many names—and tragically so hard to keep them all straight.

As I was prepping for this Feast Day of Saints Philip and James, I reread their stories. I had to remember which James we celebrate today—it’s James the Less. There is also James the Greater, James the Just and James the brother of Alphaeus, and James the Apostle. For good measure, there are still a few more Jameses. Apparently, James was one of the most common names for males in the New Testament era; a variant of the Hebrew name Jacob.

Now, Philip had it a bit easier because there are only two significant Philips to keep straight in the New Testament. The Philip mentioned in Acts is known as the deacon Philip. However, the Philip we commemorate today is mentioned by name in the synoptic gospels only as part of a list of the apostles. Yet in the Gospel of John he is purported to have been called early in the ministry of our Lord and promptly brought his friend, Nathanael, to Jesus as well. This Philip is made known by declaring, at the Last Supper, “Lord, show us the Father, and we shall be satisfied.”

As I reflect on the ministry of these two apostles, I can’t help but think how they often became confused with other Jameses and Philips in their radical choice to follow the Lord. On the eve of the verdict of Derek Chauvin’s trial, I think about my own privilege as I confuse the names of the many, many people who have been killed because of a broken taillight, an expired license plate, and even for playing their music too loudly. And yet, these people of God are not just names on a list. They all are children of God. Every single one created in the image and likeness of God.

Philip pleads, as Jesus shares himself at his final meal, to show us the Father—and we will be satisfied. My prayer today is that justice will be satisfied and that the love of the Father will be revealed, indeed. The apostles followed their Lord and were willing to die for him. But, justice is never served when people die because of broken tail lights or because of air fresheners hanging from their rearview mirror. 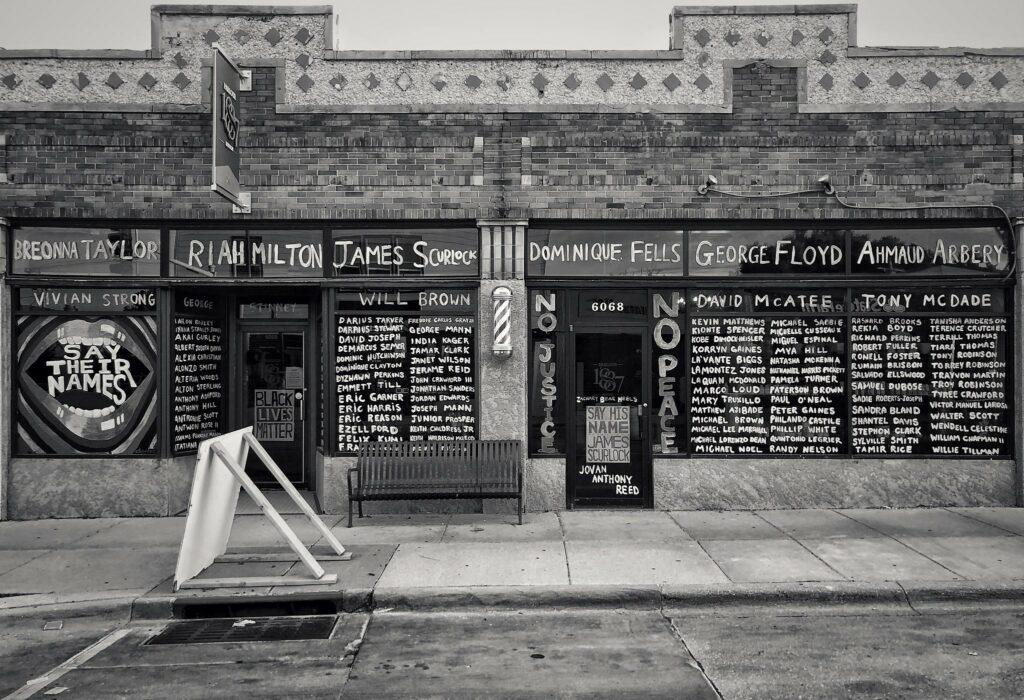 Philip and James remind us that through the apostles we have been given this story of Jesus. We learn that we share life in Jesus through the gift of baptism. And, at baptism, we stand at the font and the celebrant whispers quietly to the parents and godparents, “Name this child.” It is a touching and poignant moment for we are pronouncing two contradictory ideas at once: the child has a name which points to her own uniqueness as a child of God, but we leave out the last name because once the child is baptized, the only last name she needs is follower of God. As we treasure the legacy of the apostles, may we be reminded of the power of names, and of naming, and the one who says I am Who I am. May our prayer be that we see the image and likeness of God in Black and brown bodies so that we no longer will have to #saytheirname.