Saint Augustine of Hippo writes of his mom’s persistence in her fight for his soul while he lived a life devoted wholly to his self and the fulfilling of its passions. He says that his mom, Monica, shed more tears for his eternal life than most moms do for their sons’ physical life. She is remembered for her patience and long-suffering in the face of an unbelieving and abusive husband and mother-in-law, and for her prayers for the conversion of her family. Upon learning that his education away had given opportunity to a licentious lifestyle, Monica disallowed him from sleeping or eating in her home, but after a vision in which an angel promised that Augustine would return to the faith of his childhood, Monica knew that she must be in relationship with him, and devoted herself to prayer for his soul. She followed him wherever he went, no matter how long or difficult the journey, and no matter if he wanted her along or not.

As much as some of us would probably love to look to Monica as an example of why it’s okay to helicopter parent, I am certain that isn’t the behavior to which we should be spurred on in this story or the reason why we commemorate her today.

Before she died, she told her son Augustine that there was nothing left for her on earth, now that she had seen him come to Christ and his Church. He was not Monica’s only child, and yet he is the one who held all her attention. She believed that her life on earth had been for this purpose of praying his wayward soul into Christ’s kingdom.

Is that what I believe that my life is for? To see my children come to Christ? Is my work on earth to pray my children into God’s kingdom? Or do I live as if today is what my life is for, caught up in the minutiae of the daily, too often only looking at what is right in front of me?

I sit with an older friend over coffee. We have done this before—after morning prayer, before the tug of the day, but with laundry still on my mind. I ask if it’s fair that a grown child who has turned her back on God and who lives in a less than admirable relationship, should have the devoted attention of parents, while another adult child gets less than a phone check in. My friend looks at me as if I should know the answer to this foolish riddle: “He leaves the ninety-nine, Sweet One.” Words fail me. Of course it is Christ she is referring to, as he represents himself in the parable of the sheep, and of course when I think of sheep as sheep, I love that least of them one who wandered off. But people. People are different. People should get their act together. Is that what I think?

Whatever today was like in the life of Saint Monica, she knew Grace. She met her sure disappointment in an unbelieving and abusive husband annoyed with her devotion to God, a mother-in-law with a temper, and a son who treated women as objects of pleasure. But she met that disappointment with the sufficient strength of prayer, devoting her life to prayer for their salvation. “God, get their attention,” she must have cried out again and again, perhaps wondering at how long it was taking. And then she witnessed God’s hold on her husband, and then her son, and then………..?  She knew that her work on earth was finished. 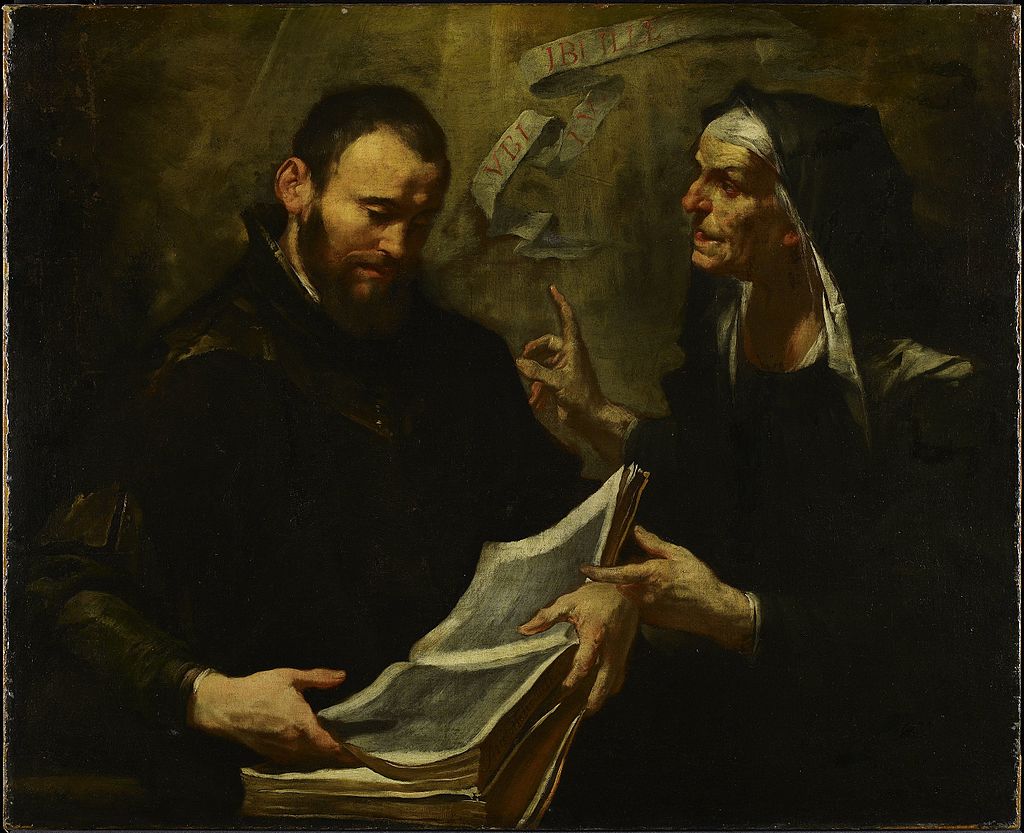 In a frenetic world where anything less than striving registers as lazy, may we know prayer to be our actual highest calling, and may the eternal mean more to us than the present. Today may we call upon the Father of an infinite Majesty, who is our Comforter. Today may we weep, pray, plead for souls, and be gracious when we are met with injustice. May we know prayer to be the single most potent pathway of Grace to this world.

The western church has been influenced greatly by Saint Augustine (whose episcopacy stretched from northern Africa), and his ministry would never have existed apart from the prayers of a mom.]