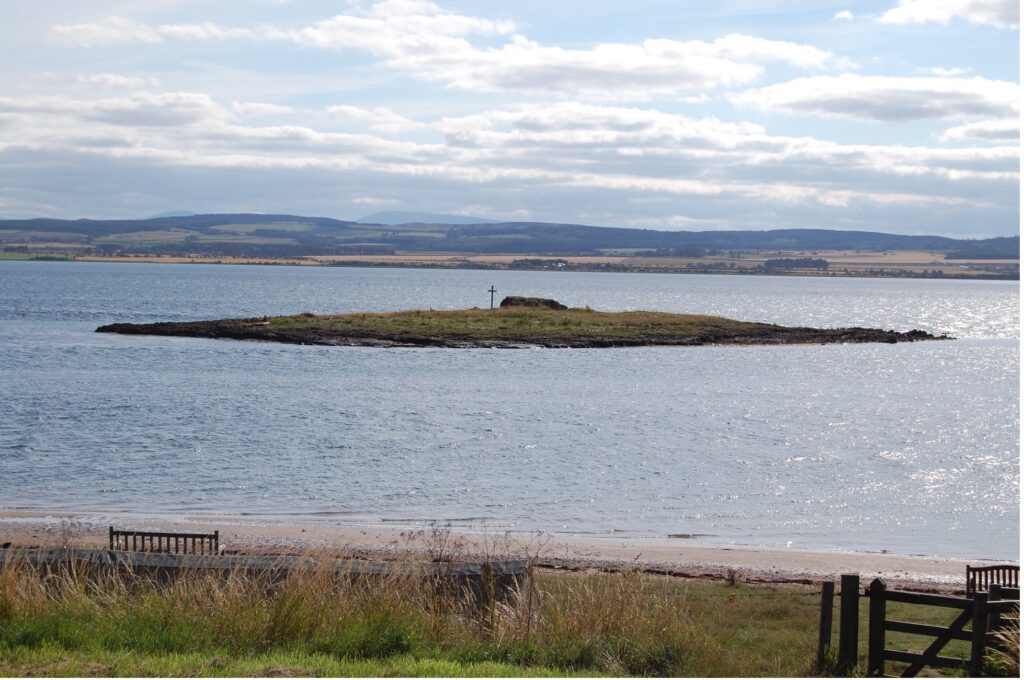 I had the blessing and privilege to lead a youth pilgrimage to Iona, Scotland in 2003. In 2013, I lead another pilgrimage to Iona, and that experience included Lindisfarne. This “Holy Isle” is accessible by land only during low tide. On this trip our group got separated and while two of us made it across the causeway on schedule, the rest had to wait until the next low tide. The lesson was that sometimes, you just can’t get from here from there.

“For with the flow and ebb, its style
Varies from continent to isle:
Dry shod o’er sands, twice each day,
The pilgrims to the shrine find way;
Twice every day the waves efface
Of staves and sandalled feet the trace.”
— from Lindisfarne, a poem by Sir Walter Scott

Today we celebrate Aidan, missionary, Abbot, and Bishop of Lindisfarne. I love that in our tradition we celebrate feast days of the saints. Learning about their faith in action always encourages my own. In the Christian tradition we have 2000 years of history (some good, some terrible), but also 2000 years of people who tried their best to follow Jesus, and these folk are inspirations and examples for us today.

Just as Columba brought the Gospel to Iona, Scotland from Ireland and set up a monastery, it was the monk Aidan in 635 who found himself appointed to lead an expedition from Iona to Northumbria, England. He centered his work in imitation of his home monastery, not in the city of York, but on Lindisfarne. With his fellow monks and the English youths with whom he trained, Aidan restored Christianity in Northumbria and extended the mission through the midlands as far south as London.

Aidan died in the royal town of Bamburgh, August 31, 651. The historian Bede said of him, “He neither sought nor loved anything of this world, but delighted in distributing immediately to the poor whatever was given him by kings or rich men of the world. He traversed both town and country on foot, never on horseback, unless compelled by some urgent necessity. Wherever on his way he saw any, either rich or poor, he invited them, if pagans, to embrace the mystery of the faith; or if they were believers, he sought to strengthen them in their faith and stir them up by words and actions to alms and good works.” 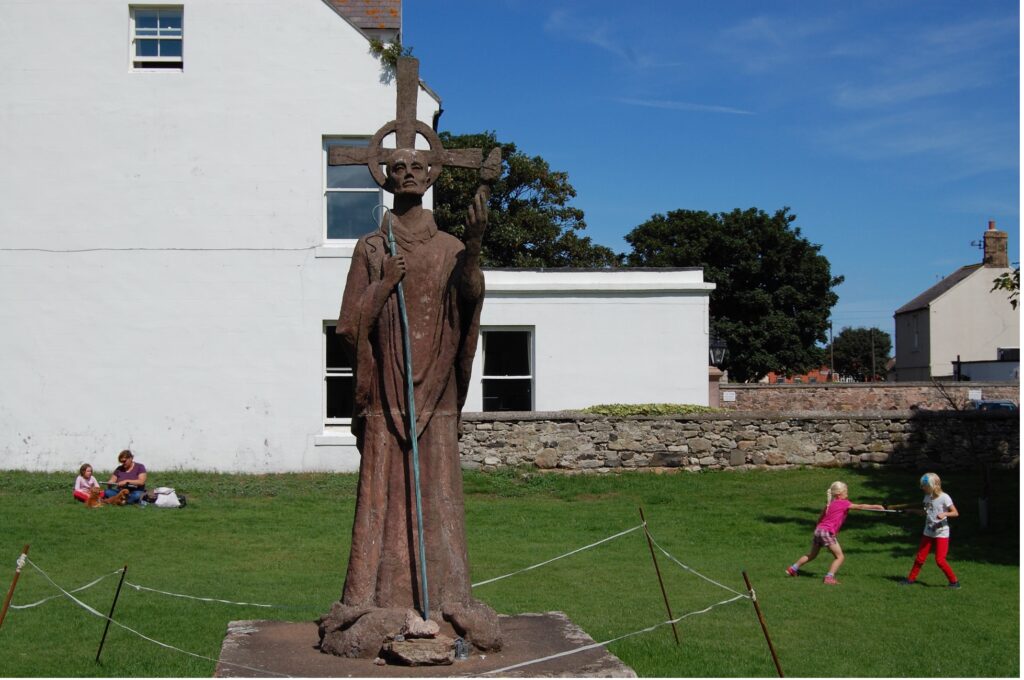 I’m inspired by Aidan’s commitment to share the good news of Jesus Christ to people who needed to hear the message of salvation. In today’s reading we are reminded of how Aidan, like Paul, did what was needed to be a successful evangelist. “To those outside the law I became as one outside the law (though I am not free from God’s law but am under Christ’s law) so that I might win those outside the law. To the weak I became weak, so that I might win the weak. I have become all things to all people, so that I might by any means save some. I do it all for the sake of the gospel, so that I may share in its blessings” (1 Corinthians 9:21-23). I’m inspired that Aidan chose to set up a monastic community like the one in Iona that he was sent from, linking these two powerful and faithful communities from southwest Scotland and northeast England. I was blessed to travel to both places and see the lasting influence that the prayers of the saints continue to have on pilgrims from all over the world.

I believe that one of the most important things we can do to help grow children into faithful followers of Jesus is to tell them about our spiritual journey, and share the lives of the saints. For most of us, our path has had ups and downs, times we have taken wrong turns, and sometimes, even when we know where we need to go, you can’t get there from here — at least not at the current moment in time.

O loving God, you called your servant Aidan from the cloister to re-establish the Christian mission in northern England: Grant that we, following his example, may use what you have given us for the relief of human need, and may persevere in commending the saving Gospel of our Redeemer Jesus Christ; who lives and reigns with you and the Holy Spirit, one God, for ever and ever. Amen.

[Collect for Aidan used with permission from Church Publishing]