I’ve always been a bit of a hoarder, saving everything from shopping receipts to takeout menus. I told myself these things would come in handy someday, though truth be told, they rarely did. Instead, they piled up around my apartment and contributed to a false sense of security. As long as I had these material possessions, I felt prepared, like I could face whatever life threw at me because I already had the right “resources.”It wasn’t until I bought my first home that these materialistic tendencies became apparent — and problematic. The house was much bigger than my old apartment, which meant more room to store food, clothes and other personal belongings. Needless to say, I took full advantage of all that extra space, and by year two, practically every inch was full.

Cramped and desperate for space, I realized that what had once been a source of comfort was now smothering me. This wasn’t the kind of life God had called me to, and I knew it. Instead of living with my hands wide open, I had clung tightly to my belongings. Instead of trusting God to provide for my needs, I had stockpiled more than enough to take care of myself. My faith was found in money and all it could buy, not in Christ alone.

This realization hit me like a ton of bricks and, in an instant, I chose a new path. One that would lead me back to God and Their richest blessings.

Anything that decreases trust and loyalty to God is an idol, and my possessions had become just that. Now that I had gained a fresh perspective, it was time to clean house and make space for Christ in my home and heart — literally. 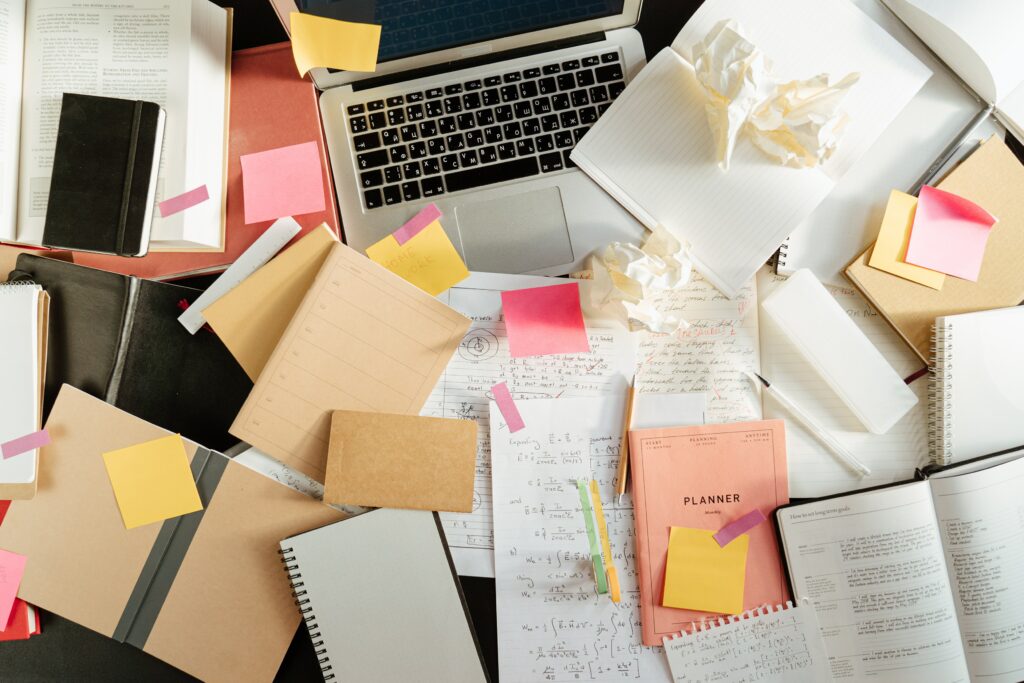 I began by emptying out and reorganizing the garage. I had stashed a myriad of tools, sports equipment, workout gear, and yard supplies within those four walls and called them mine. Yet, they ultimately belonged to the Lord, so I sorted through the boxes and bins to find seasonal, sentimental and outdated gear. Then, I tossed any broken items and used overhead storage, wall hangers and other smart solutions to minimize clutter and get everything off the floor. (For those in the same situation, there are helpful guides you can check out.)

Surprisingly, the entire task took just less than two hours, and I felt so much freer afterward. Now I didn’t have to spend precious minutes cleaning and organizing the garage every day. Instead, I would use that time to meditate on God’s word, pray or read my Bible. Who knew that having less could create so much more space?

Of course, switching my outlook from “mine” to “God’s” also changed my life by granting me a more grateful and generous spirit. Instead of grasping so tightly to the things of this world, I learned to relax my grip and let go. Only then was I able to become a good steward of God’s blessings.

1 Peter 4:10 reads, “Each of you should use whatever gift you have received to serve others, as faithful stewards of God’s grace in its various forms.” According to this passage, my goal wasn’t to simply declutter but to share what the Lord had entrusted to me, because it all belonged to God anyway.

So I stepped out in obedience to the calling Christ had placed on my life and donated a good number of my possessions to charity. Furniture, clothes and electronics went out the door and to someone in need. And, to be honest, seeing another person find joy in things I barely used was such a blessing. These items that only ever weighed me down gave freedom to someone else, and it only encouraged me to give more often and freely moving forward.

The older I get, the more I realize that following Christ is a lifelong journey. It isn’t something I can accomplish overnight. Rather, it’s a long, slow process of growth and transformation. Even after experiencing such a life-altering change, I still struggle to make space for God. I still battle the urge to collect, stash and save, but I know the Lord is fighting beside me. With Their help, anything is possible