My favorite superhero growing up was Spiderman. I just loved everything about him. The ability to climb walls and swing on his web, the super strength and spidey-sense; and not only his superpowers, but Spiderman was super smart and clever. Spiderman’s real name was Peter Parker, and the wit and brains were a part of Peter before he became Spiderman. That gave me hope. I was sort of a dorky, nerdy kid, and if a kid like Peter could become something great, then maybe I could, too.

Peter’s Uncle Ben gifted him with a piece of advice that truly resonated with me, and like many, I took it on as my own: “With great power comes great responsibility.” This quote has become a modern day parable and is referred to as the Parker Principle. It echoes the parable of the Faithful Servant in Luke 12, where verse 48 says, “From everyone to whom much has been given, much will be required; and from the one to whom much has been entrusted, even more will be demanded.”

When I read about Bishop Lancelot Andrewes, it was the quote from Uncle Ben that came to mind. Andrewes was wicked smart. An eloquent, masterful writer and a scholar of 21 languages, he was on the committee that produced the King James Translation of the Bible and is largely thought to have contributed more to that work than any other single scholar. He is probably most widely known for Private Prayers, a work of devotional prayers meant for his own personal use. A guide and stimulus for meditation, it was published after his death and has been commended by literary greats such as T.S. Elliot and Kurt Vonnegut, Jr.

What I find most admirable about Andrewes, though, is that he was admired not only by the court and crown, but also by the common people under his pastorate. He was an ecclesiastical politician but also deeply passionate about pastoral care. He was known to wait every day in his church for anyone who needed solace or counsel. Andrewes was a bishop and pastor who offered his gifts to the whole of the church, for edification and unity. The grace of God is a gift for all people, and God has need of and love for all people.

I am reminded of Frederick Buechner’s teaching on vocation. Vocation for the follower of Jesus is the work a person is called to by God, and it is where our gifts meet the needs of the world. It is the work that you most need to do, and the work that the world most needs to be done. Buechner describes vocation as where your deep gladness and the world’s deep hunger meet. Andrewes is an icon in our tradition for how one’s gifts can be put to good use in meeting the needs of the world. 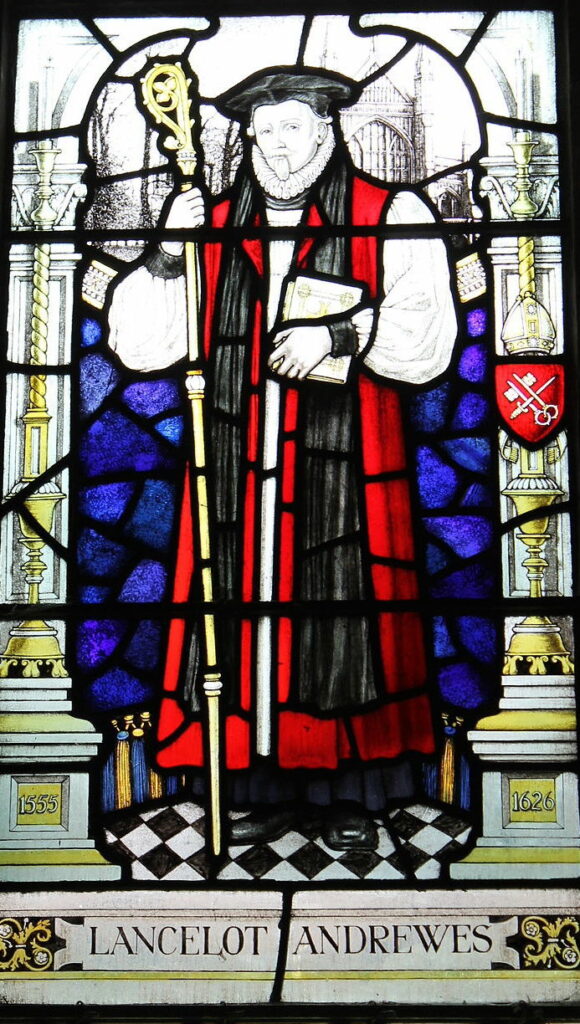 I took on the Parker Principle before I really knew anything about Christianity or the Bible. I am convinced, though, that there are markers of God’s goodness throughout creation. Sometimes that might be the beauty of a sunset witnessed atop a mountain peak, and other times it might be a modern parable from a beloved superhero. Andrewes provides us with what could be the most unusual marker of God’s goodness: the mortarboard worn by graduates. Andrewes has an academic cap named after him: the Bishop Andrewes cap, which is velvet and floppy (and still used by institutions of higher learning). It is the ancient precursor to the stiff, square one worn by high school graduates today.

Andrewes has quietly gifted us an icon for vocation; an abundant, yet subtle reminder that one’s gifts can and should be put to good use in the work of healing and uniting the world. So when we place that mortarboard on our kiddos’ heads, don’t hesitate to tell them that with great power comes great responsibility.

Do you see your job or career as a vocation, work that you are called to by God?

When have you been successful at connecting your children’s gifts and talents to God’s work in the world?

How do you cultivate compassion in your children for brokenness, hunger, and need in the world?