A few years ago over my holiday time from work, I traveled with my family two hours south to San Diego. The city is filled with many tourist destinations— Balboa Park, the Zoo, Little Italy, Seaport Village and the Maritime Museum among others.  We made our way to the Maritime Museum and  boarded The Star of India. Built in 1863 it is the oldest active merchant sailing ship, and has made  21 circumnavigations of the world during its lifetime. I also walked down two different sets of narrow steps to tour an American and Russian submarine. The walk along the water’s edge was delightful.

My exploration continued into the area known as Seaport Village. It was there that I came upon a small religious gift shop, the many crosses displayed in the window drawing me inside.  This shop wasn’t filled with religious books as I had expected but many more crosses! Crosses of all various sizes and shapes from around the world—Celtic crosses and Spanish crosses of glass and metal and ones with small tiles set into the wood.

As I stood looking at the array of uniquely crafted items, a woman behind me said, “Those are blessed by the priest.” I turned to see who was speaking and found a petite woman with grey hair, dressed in a light brown skirt and brown sweater and a scarf neatly organized around her head. Her accent wasn’t quite recognizable to me. Supposing she was the owner of the store sharing the tip as a selling piece, I took the information in, smiled at her, and continued on my way around the shop.

At the counter, I asked the clerk what priest blessed the crosses, wondering if the shop was affiliated with the Episcopal Church or Roman Catholic.  She said, “I am not aware of the crosses being blessed.” And she went on to say that she did not know the woman who spoke to me but that she, herself, was the owner.  The owner told me that she had known of people buying crosses for weddings or baptisms and then having the priest bless them, but not the other way around.

With curiosity, I looked for the petite woman dressed in brown and found her outside sitting on a bench. I asked why she said what about the priest blessing the crosses and we fell into a lengthy, delightful conversation.  She shared that she was from Egypt and encouraged me to travel there when the fighting stops and there is peace. She said Egypt is a special country because Jesus had been there. She then showed me the gold medallion hanging around her neck, pointing to the center where there was a crucifix. 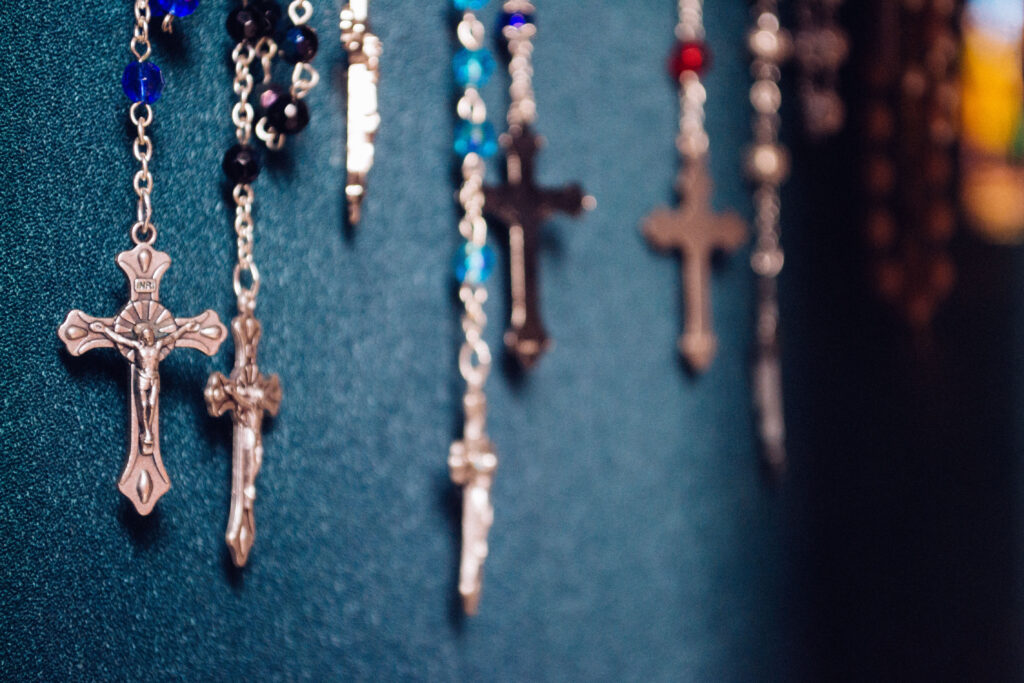 Knowing her to be a Coptic Christian, I told her that I admired her heritage and faith with its very precious and long history. There at Seaport Village we talked about her faith and my faith. Even as strangers, we could speak freely as Christians and our love of Christ.

On the Feast of the Epiphany, January 6th, we think of Christ to the nations. The Magi knew the promise that had been made to all, that a Savior would be born in Israel. We, like the Magi, can follow the Star to that quiet place in Bethlehem or that quiet place in our hearts where the fighting stops and there is peace. The Star that appeared in the East and moved ever so precisely to position itself over the house of Joseph and Mary and the Child, Jesus, can give us purpose to pause and reflect.

The Magi came and rejoiced and then returned to their country by a different road. And it is easy to retell the rest of the Story.  In obedience to Joseph’s dream, the Holy Family fled to avoid the massacre. In obedience, Joseph and Mary carried baby Jesus to a place of safety. And then when the danger had passed, scripture was fulfilled. “Out of Egypt, I will call my Son.”

May your New Year 2022 be blessed with joy and peace and safety.

[Editor’s note: a similar version this post originally appeared in the author’s church newsletter, “For the Love of Mike.”]