Camping is my jam. For years, my wife and I have taken some time during the summer or early fall to pack up our tent and head to one or another of our favorite festivals, where we can enjoy being outside in communities that matter to us. During the last two years of peak pandemic living, though, our usual stops have been on hiatus and we’ve been “camped out” at home, so to speak. When the Godly Play Foundation shared that they were looking for team members to help run the Children’s Tent at something called the Wild Goose Festival, I jumped at the opportunity.

What Is The Wild Goose Festival?

The simplest way I can describe Wild Goose is a progressive Christian festival, an ecumenical experience that can house exvangelicals on deconstruction journeys alongside various mainstream protestants, Catholics, Quakers, and the unaffiliated. It’s a space that celebrates art and music and justice, that lifts up the sacred in all of us.

To be more specific about this special place, I got to hear the Rev. Dr. William Barber speak during the festival. I listened to FolkPsalm in the mornings, and prayed Compline in the Episcopal tent at night. I knew Matthew Paul Turner and Daneen Akers were around talking and signing books, that Diana Butler Bass featured in the lineup, and that you could drink beer and sing hymns at night as easily as you could attend a recovery meeting or work on a quilt in the studio.

At the Goose, people who help make programming happen, particularly speakers and workshop leaders, but really everyone there, are called co-creators. We build this space together. And my partners in co-creation were my colleagues in children’s and family ministry and the youngest festival attendees. 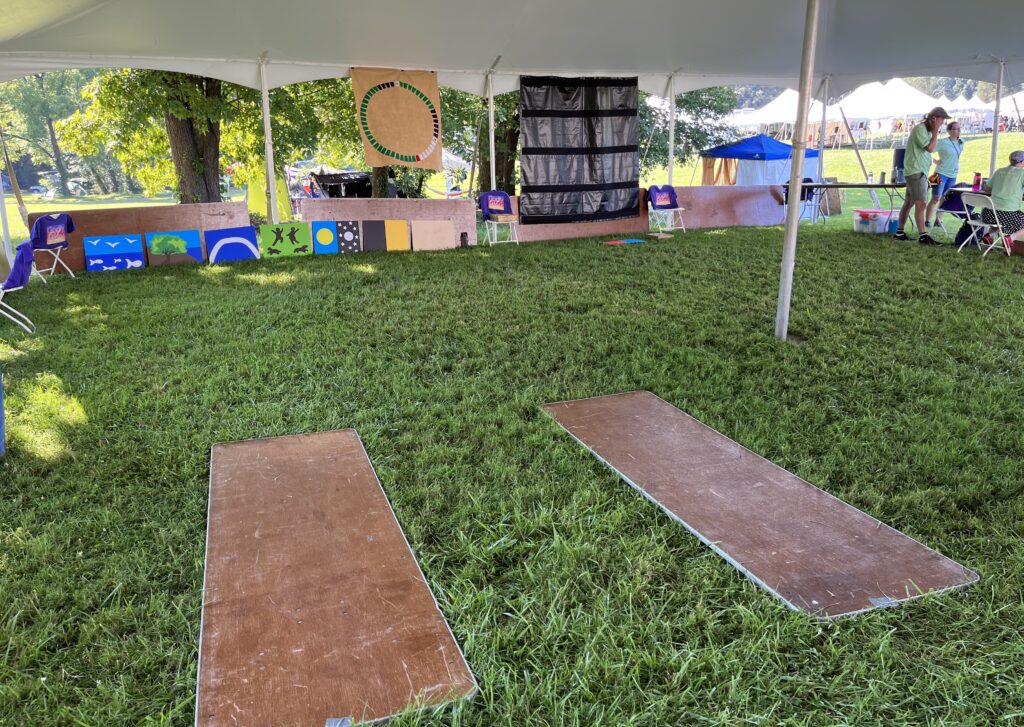 Welcome To The Children’s Tent

I don’t have kids. But I work with kids, and I’m twice as old as my youngest sibling, who was still in elementary school the year I got married. So, I know that the idea of taking kids to a church-y sort of festival and having to either go to all their programming with them or drag them along to yours probably doesn’t sound like a vacation. Maybe for a few hours, but not for two straight days — and that’s where the Children’s Tent comes in.

For many years now the Godly Play Foundation has partnered with the Wild Goose Festival to provide their children’s programming. This has taken the form of an almost-traditional Godly Play circle where we tell stories and wonder and sing. And under that tent in the North Carolina heat, I heard so many amazing things as our (screened and background checked) team of volunteers invited children to the circle to join in the great stories of our faith.

One of the best things about doing Godly Play at the Goose is that many of the children in the circle have never encountered it before. A few may be familiar with the practice, or with counterparts like Catechesis of the Good Shepherd, but for many, this is something new, and that can bring fresh light to stories we’ve told again and again.

During our sessions at the Goose, children latched on to the Gold Boxes that house the parables, quickly noting that there was a second one they hadn’t heard yet with a small marker on it of a different color. They wanted to know why they hadn’t heard it and if they could. They were hungry for more of these rich lessons. 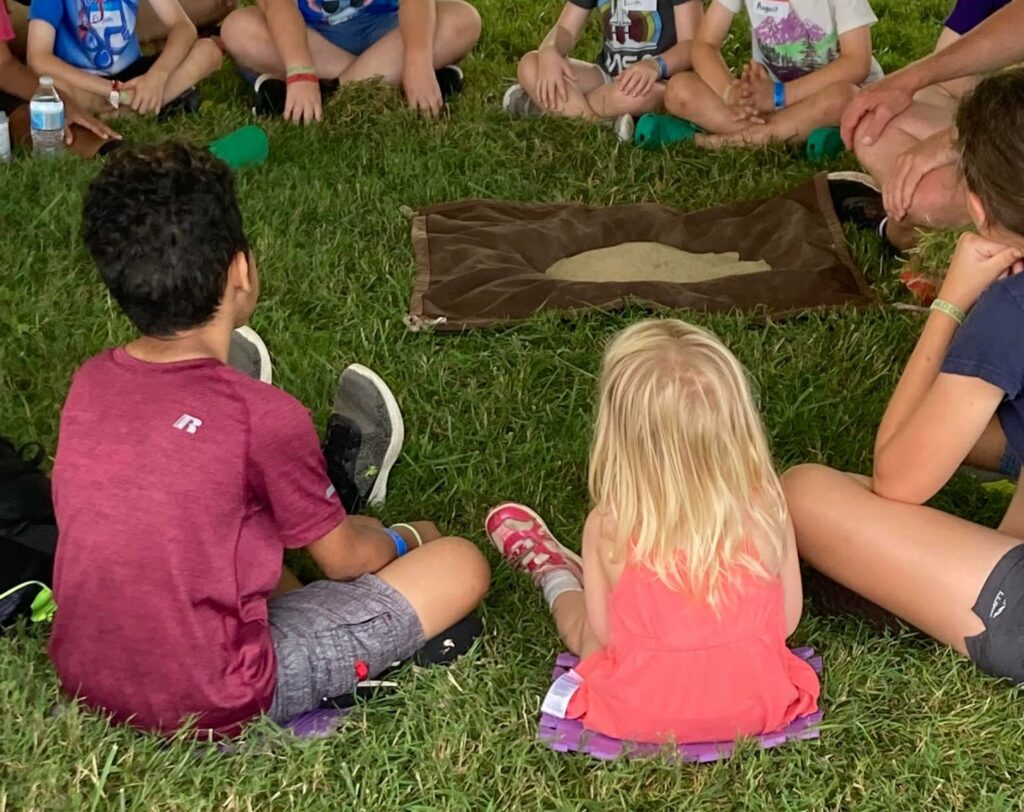 After telling the story of Creation and asking the conventional question, “What part of this story is about you?” one child replied, “None of it. This is prehistoric.” Touché!  Another wondered about penguins. They walk on the land and swim in the sea, so on which day were they created?

Another cool thing? I definitely saw the longest piece of finger knitting work that I think anyone — especially anyone under age 10 — has ever done! This was all big work.

Is The Goose Right For You?

If you asked me about going to the Goose, I would tell you that well, actually it’s not the festival for me. I’m a little fussy. I’m pretty traditional. I respect other people’s deconstruction journeys, but it’s not what I personally need.

That being said, I’ll be back! I love to be in places where children and parents are excited to engage in their faith in new ways. I love being able to talk to colleagues I wouldn’t otherwise meet and share ideas. I love telling stories and wondering and being outside. And I love being part of a system that makes the Goose a great place for families, being an anchor for children at the festival, another set of eyes keeping kids safe, even beyond our programming hub.

The Goose has such an enormous range of programming options for adults that you’re sure to find a place where you belong as a grown-up, but as the Godly Play team, we make it a place where families can fully belong, too. So, what are you planning next summer? Maybe the Goose should be a stop on your journey – we hope to see you there!