The Episcopal Church lists today as the commemoration for Florence Nightingale, a saint who both challenges and inspires me. This week I’m reflecting specifically on what her life means for me when it comes to raising my own children.

Florence Nightingale revolutionized modern nursing and changed the course of the practice of medicine. She was born in 1820 during a time when nursing was radically different than it is today. Nurses were viewed as people with little options who resorted to it as a last means of support, rather than the educated and skilled profession it is today. She served patients in the poor districts of London as well as British soldiers who were sick or injured during the Crimean War (1854-1856).

During a time when patients lay in beds with unchanged sheets and when human waste inside a hospital could be smelled outside its walls, Florence transformed nursing practices. The sanitation reforms she spearheaded in England and India have had lasting impacts to this day. She wrote about her modifications in an accessible style and used what are considered to be the first infographics to display her findings in the data she collected and analyzed. She skillfully demonstrated how many patients and soldiers died not because of their illnesses or battle injuries, but because of the unsanitary conditions in which they were being treated. 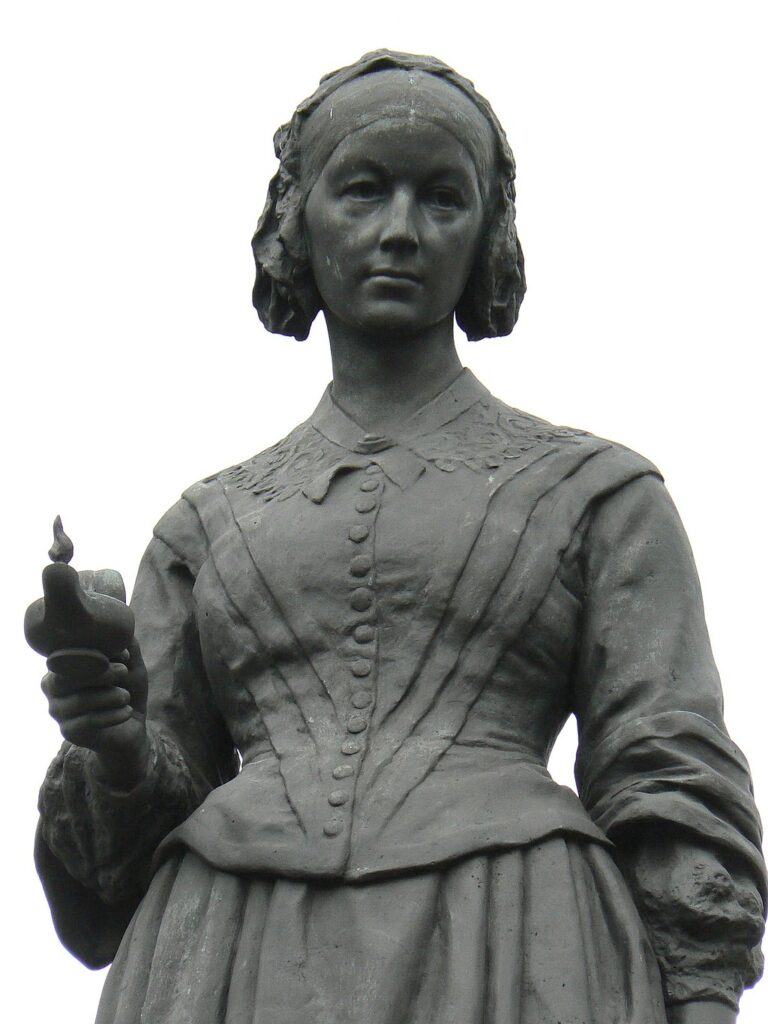 During the Crimean War, she would visit the wards at night to check on those under her care. She has often been depicted as the “Lady with the Lamp,” stepping into the darkness to care for those who were suffering.

I am inspired by the Lady with the Lamp, but she also challenges me.  Although I can be inspired by her life, I don’t know if I would have supported her if I was her parent.

Florence was a teenager when she felt called by God to become a nurse. Her parents were horrified. They wanted what they believed was the best for her— to find a man with means whom she could marry. Florence was completely bucking the expectations of her family and her immediate culture. Discussions about cultural expectations of women during that era aside, it’s easy to see that her parents wanted what was best for her.

In the Episcopal liturgy of Holy Baptism, there is a beautiful prayer said for the newly baptized. Part of it follows, “Give them an inquiring and discerning heart, the courage to will and to persevere, a spirit to know and to love you, and the gift of joy and wonder in all your works. Amen.”

Florence shows us what an answer to that prayer can look like. She inquired and discerned. She willed and persevered. And she knew and loved God according to her own understanding.

Today I look at Florence and my own children. I wonder what the answer of their lives to that prayer will look like as it emerges, light-filled into the darkness of this world’s suffering. Whatever it might look like for them to carry their lamps through their own lives, I hope and pray I am not the source of their resistance.

Today we remember Florence Nightingale. I am inspired. I am deeply challenged.

I’m glad that Florence found her way. I want my children to find theirs.

Jamie Osborne is an Episcopal priest currently serving as a chaplain in the Air Force. He and his family live in Nebraska.