The Gospels count St. Mary Magdalene among the recently-healed-women who followed “Jesus and the Twelve” (Luke 8:1-2). I wrestle with this framing of Sister Mary. It positions her outside of Jesus’ inner circle, as if her sex made her ineligible to be counted among his disciples. Maybe it once did.

However, we may focus too much on situating Mary among “the Twelve” when her calling was something altogether different. Paul suggests that “We have many parts in one body, but the parts don’t all have the same function… though there are many of us, we are one body in Christ” (Romans 12:4-5). Sister Mary may not be counted among those who bear to official title of “disciple,” but her life with Christ speaks volumes.

The same Gospel who counted her outside of “the Twelve” names her as among the first to bear witness to the Resurrection of Jesus Christ – along with the other members of her Sister Circle who had gone to the tomb. The disciples, the Eleven (due to an unfortunate incident with Judas), thought the witness of the women was utter nonsense. St. Peter, one of the original “Twelve,” ran to the empty tomb, looked inside, saw the grave clothes, and still could not put two and two together. This refusal to believe by “the Eleven” does not change the reality that the very first “Christ is Risen! The Lord is risen indeed!” was proclaimed by women. On this very first Easter morning, Mary and her other her sister-friends echoed God’s eternal love song – love wins and hope floats.

One of the most comforting things I have experienced in my life is the regularity of the sunrise and sunsets and the change of the seasons. Ecclesiastes 3 makes clear that the nature of seasons to change. This divine rhythm can be seen as brief glimpses of resurrection if we attune the eyes of our hearts to behold the hand of God at work in the world around us. The work of beholding resurrection and new life is not solely the work of the “professionally religious” – monastics and clergy – but of all the faithful. 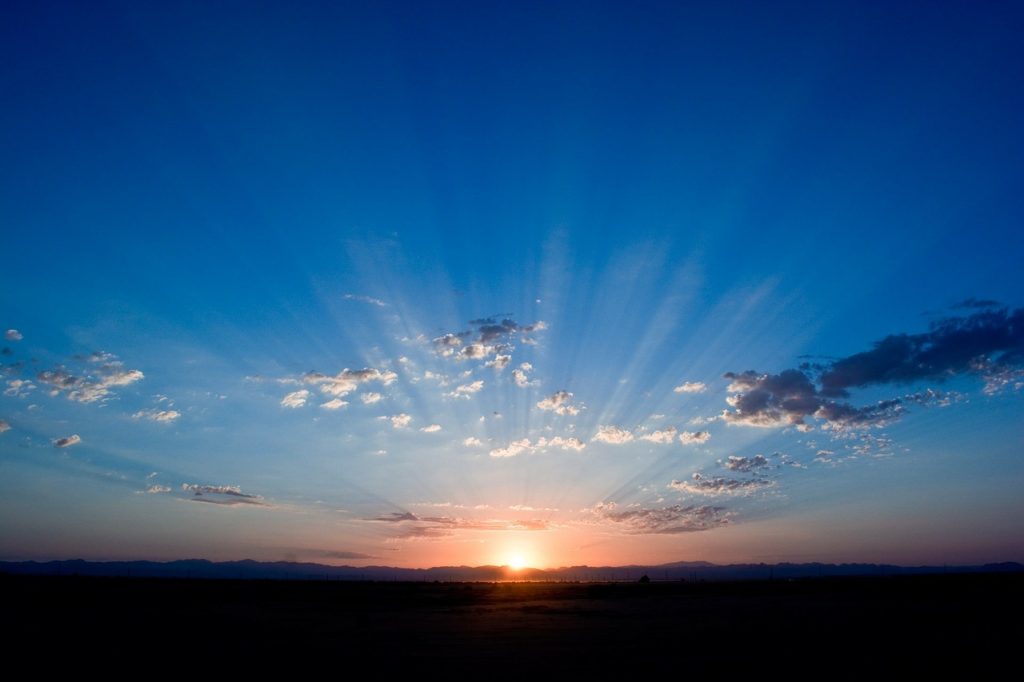 Even in the midst of so much evil, or perhaps especially within it, we are called to see the power of God in the freshness of sunrises and the flowering of new plants.

One of the biggest lessons I draw from the life of Sister Mary is what it means to follow Christ through the changes and chances of life. It does not require title nor position, only an open-heart and a willing-spirit. Those of us who bear the privilege of caring for the souls of others – such as in ministry or parenting – are called to teach this to those who look to us for guidance. We are called to point to the evangelism of Springtime and the Gospel of sunrises as evidence of God’s unchangeable power and eternal light.

The forces of destruction in our world might be loud, but love and light are far more powerful. That is the essence of our sister Mary’s witness. Her life bore witness to a God who makes all things new and is moving the entirety of creation to perfection and holiness through Jesus Christ. So may ours.

Almighty God, whose blessed Son restored Mary Magdalene to health of body and of mind, and called her to be a witness of his resurrection: Mercifully grant that by your grace we may be healed from all our infirmities and know you in the power of his unending life; who with you and the Holy Spirit live and reign, one God, now and for ever. Amen.

[Photo credit: PublicDomainPictures via Pixabay, used under a CC0 1.0 license.]

How is your life a witness to resurrection?