As October nears its end, we find many amazing feast days coming up on our calendar, culminating with All Saints Day on November 1. But before All Saints arrives, there is a day set aside for a lesser known–although very important–saint: Saint James of Jerusalem, whom we usually celebrate on October 23. (This year his feast day falls on a Sunday, so it’s transferred to Monday, October 24th.)

Once called “The bishop of bishops, who rules Jerusalem, the Holy Assembly of Hebrews, and all assemblies everywhere,” James was not only an early church founder and martyr, but also a brother of Jesus Christ himself. He is also said to be the author of The Book of James.

It is said that James was not an original apostle, but joined Christ’s movement after his death and resurrection. Whether he was a biological brother or a close cousin (the ancient language makes this hard to know) it can be assumed that he spent a good deal of his life, including his childhood, with Jesus.

Thinking about this, I had an idea for my family’s observance of James’ feast day: a celebration of family, and the relationships between siblings in general. A short and sweet way to do this, I decided, was to have them help me make a special meal.

The meal we chose was a simple lentil soup, one with lots of veggies and herbs to gather and throw in a pot–something my kids love to do–and also a meal of historic authenticity.

Perfect for a chilly, windy, autumn day, lentil soup is a staple dish and one that can find its roots in Biblical times. Lentils and vegetables such as carrots, onions, garlic and celery would have all been part of Mary’s pantry, and I like to imagine her sending her rambunctious boys out to the garden to gather a handful of rosemary to go along with her meal. 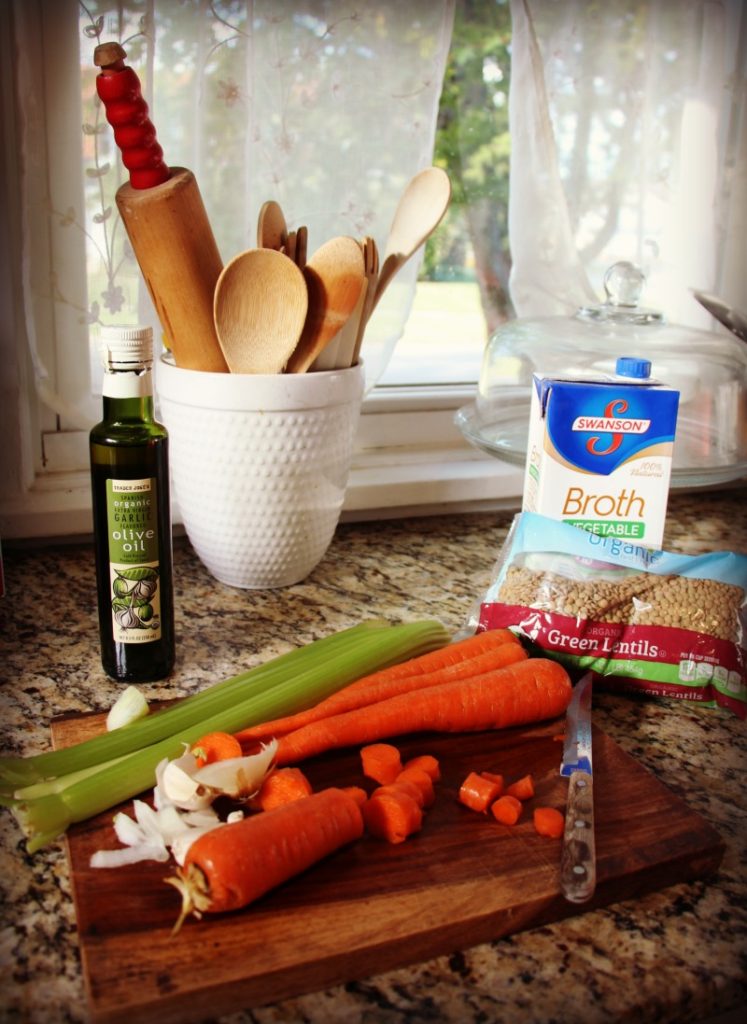 While we dashed a trail of olive oil onto the bottom of our soup pot and threw in handfuls of veggies and herbs to simmer and caramelize, the kids and I had a causal conversation about St. James, and how it may have felt to have ‘The Son of God’ as a brother (do you think they got into arguments? Do you think he shared his toys? Was he always good or sometimes naughty? Do you think he was a good brother to have?)

I am happy to report that the making of our simple soup, and our pretty fun conversation (we decided that Jesus probably was a really good brother to have) turned out pretty well! And no one cried, fought, or decided they didn’t want the soup. 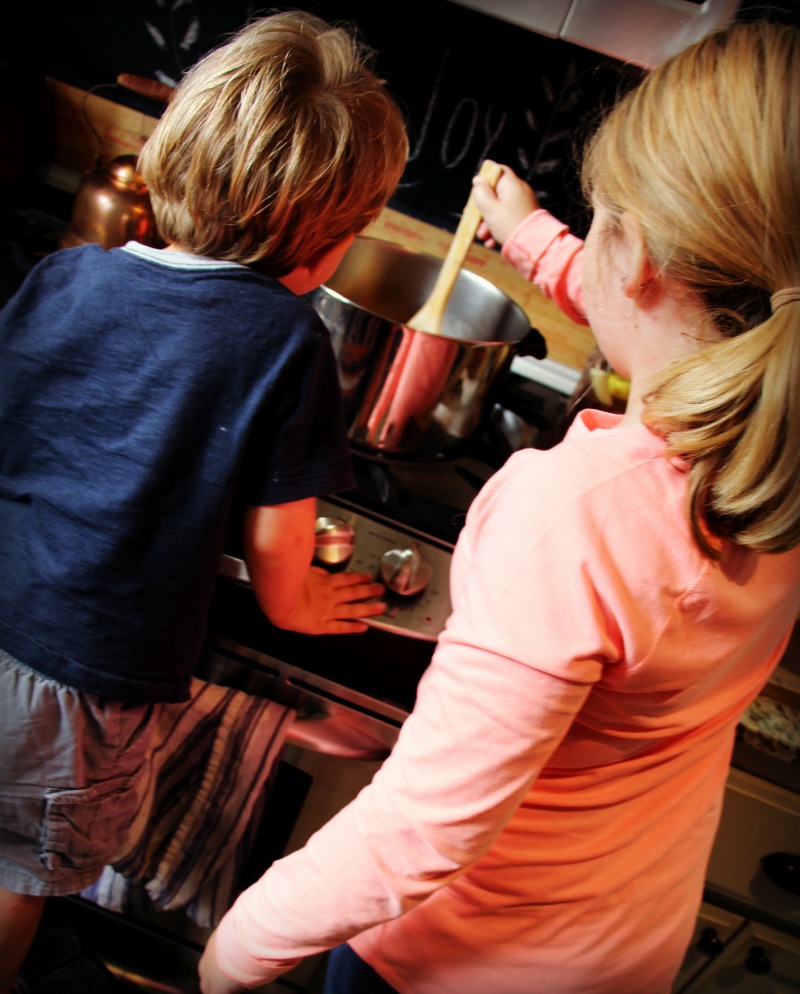 In fact, my pickiest eater ate hers with enthusiasm, even wanting more–which may count as a miracle of St. James of Jerusalem!

And while my kids had fun being in charge of the evening’s meal, I had a good time watching them work together, talk a bit about what makes a good sibling, and accomplish something together without squabbling.

It is my hope that the time we spent accomplishing this little task of making dinner and talking about St. James and his brother Jesus helps them not just to get along with each other, but also in their own faith journeys. I know we can feel like we need to make certain holy days and events on the church calendar a big ‘to-do’ but I’ve decided for me, small efforts can mean just as much. 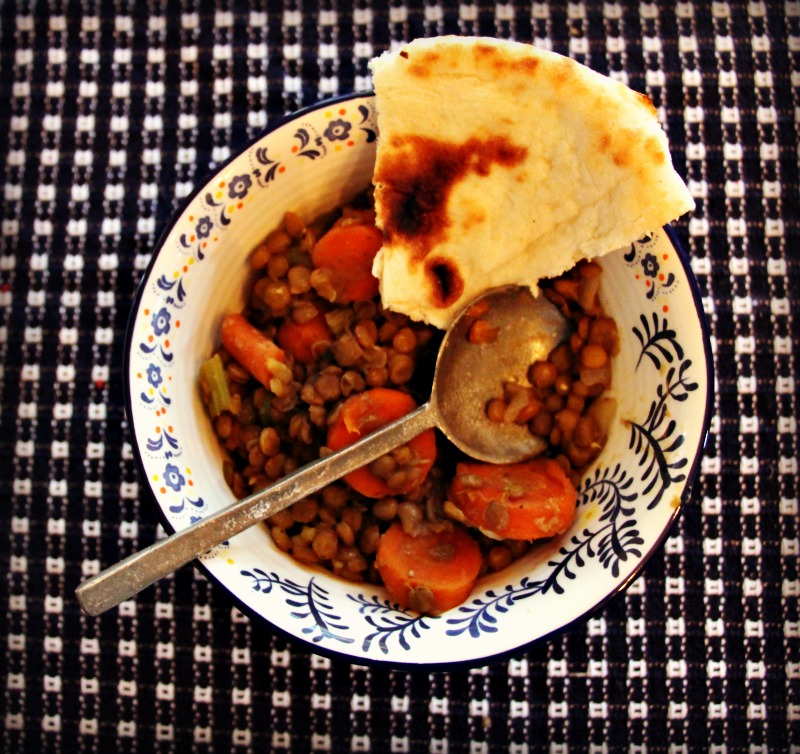 If you would like to try this hearty soup, reminiscent of ancient times but good enough for picky modern children, this is the simple recipe we used:

With the burner set to low, add all the chopped vegetables and stir lightly so that they are all coated in oil. Let them simmer on low about 10 minutes.
After the vegetables have simmered and softened, add the vegetable broth, the dried lentils and the seasonings.

Stir. Cover pot with a lid and cook on medium heat about 45 minutes.

Serve piping hot and with a side of unleavened bread! (We used naan)

Does your family cook together?