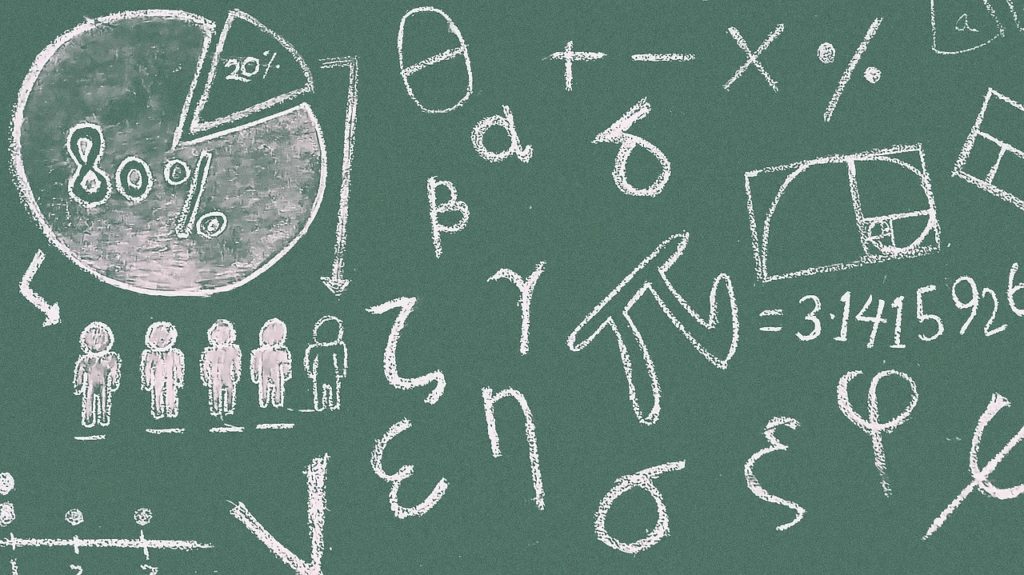 On the daily car ride to ballet, my elder daughter turned to me. “Dad, we were having a discussion today at school, and I need some help. We were talking about how Jesus is perfect. Paul and Ethan said that Jesus would always get 100% on a math test. I said that they were wrong—and that he could even fail a math test. I’m pretty sure I’m right, but I don’t quite know why.”

“Good instincts, hon,” I replied. “You are right. Jesus could totally fail a math test and still be Jesus.”

“Ok—but how? They were saying that since Jesus is God, then he knows everything.”

“Well, there are two key things to remember here. First, Hebrews tells us that Jesus is like us in all ways except sin. Second, the creeds tell us that Jesus is fully human and fully divine.”

“So, the key thing is that Jesus is like us. He knows exactly what we go through because he’s been through it too. We don’t just have a God who thinks he knows what it’s like to be us—he actually has been one of us. Therefore, whatever Jesus was like, he had to have the same kind of experience that we do. Does that make sense?”

“Ok. In Philippians, Paul talks about Jesus emptying himself to be like one of us. The fancy word for this is kenosis—you don’t need to know that, but that’s what it’s called. The idea, then, is that even though he is God, Jesus chooses to be as limited as we are in order to truly live life like one of us. Think of it this way. If you are in your room and doing your thing, and your sister is next door in her room, do you know exactly what she’s doing?”

“Only if she’s being loud…”

“Right—so, you (usually) don’t know what she’s doing over there because you’re human, you have a body, and your body can only be in one place at one time. Thus, you can’t be in her room and your room at the same time. Your lack of knowledge about what she’s doing isn’t some kind of failing, it’s just a limitation of being human. That’s not a sin. To take that one step further and to think about what Jesus would and wouldn’t know you have to factor time in as well, Jesus—as a 1st century carpenter’s kid—didn’t know algebra because it hadn’t been invented yet. If he did—if he knew stuff that hadn’t been figured out yet, then he wouldn’t be like us, he wouldn’t know what our experience is like.”

“Oh—ok. So there’s a difference between a limitation and a sin.”

“Exactly. A sin is a moral failing. It’s choosing not to do the right thing, and not to do the loving thing. It’s not ignorance. So Jesus was like us in all things except sin—he consistently was oriented towards God, he always chose the good.”

“Ah. Okay, I think I’ve got it now. Just because he’s God, Jesus didn’t know everything all the time, because if he did, then he wouldn’t be like us, and he wouldn’t know what it’s like to be like us. That helps.”

“Good. Now, all of that having been said, I don’t think that Jesus would fail his math test. First, I think he’d study a little harder than that, and, second, there’s no way the Blessed Virgin would let him get away with that… So—speaking of math, how is your math going?”

This conversation happened nowhere near a church. Nevertheless, it has an important bearing on Sunday morning pew behavior. How does your faith pervade your life? Is it compartmentalized to a two hour block on Sunday morning, or is it a more consistent feature of how you go about life? Having conversations when the topic comes up lets children know that the faith isn’t just something that is confined to one building for one point of time in the week. Rather, it informs who we look at the world and our place in it.

Helping our kids think through things like sin or theological anthropology—even when we don’t call it that—is part and parcel of communicating faith, not as a church-restricted activity, but as a fundamental stance with which we approach everything we do.

Want them to behave on Sunday morning? Then let them know that this isn’t just a Sunday morning thing—it’s a life thing, it’s an “us” thing—and that soaking in what’s there on Sunday has importance and relevance to the rest of their days as well.

Editor’s note: Derek Olsen’s advanced degrees in theology help him teach faith to his kids. His new book Inwardly Digest will help you be more ready for your own car ride formation questions.

What’s your most recent “faith formation in the car” experience?