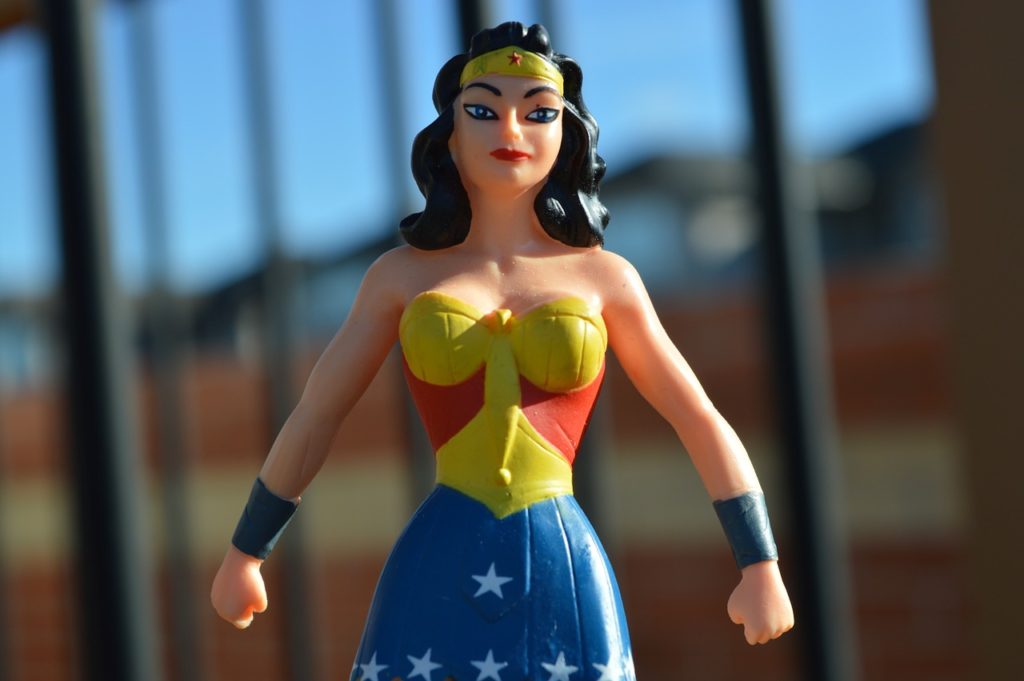 A few weekends ago I went with my family to see the summer blockbuster movie, Wonder Woman. (I don’t think there are spoilers in here; I tried not to ruin the movie for those who haven’t yet seen it.)

My family can tell you that I am not a person who enjoys action movies. I generally cover my eyes through most of the sequences others find enthralling. But I had heard so much about Wonder Woman that I wanted to see it for myself.

I expected to feel newly empowered as a woman in leadership. Surprisingly, that didn’t happen. Most likely it’s because I closed my eyes during most of the fighting. It turns out I don’t like violence, even if the superhero doing the fighting is female.

The only part of the movie I really identified with was the part where Wonder Woman stands in the middle of a battlefield, drawing fire from the enemy to allow others to make progress in a war. As a woman and a leader, I’m familiar with how it feels to get out in front, deal with the resulting hostility directed my way, then watch men scramble past easily, unscathed. Finding myself in that image was not too fun.

But despite the fact that I didn’t love the film, there was something wonderful for me at Wonder Woman.

My favorite part of the movie wasn’t part of the movie at all. It was when Wonder Woman’s back story is being told, beginning with the creation of the world by the god Zeus. As the ancient Greek mythology was enacted, larger than life before our eyes, my 12-year-old son leaned over to me and said, “Don’t worry, Mom. I know that isn’t how it really happened.”

My son is a student of both science and Scripture. He has to take both seriously – after all, he is the child of an Episcopal priest. He finds his place in the story of Jesus Christ, through whom all things were made. He also loves science at school, where he has learned the theory of evolution.

Both science and Scripture give us information and wisdom for life. Neither science nor Scripture teach that the Greek gods still live, or that they fight with one another. But that’s what he saw on the big screen in 2017, myth come to life through the magic of Hollywood. He knew I would be wondering how seriously he took the tale.

My son knew Scripture and science when he heard that Greek myth. Other children might not. I find myself wondering what kind of world they will think they live in – is it, perhaps, a world where gods battle one another to the death?

As disciples of Jesus we profess a faith in one God, author of all Creation, who calls all Creation good. That belief translates, or it should, into a respect for all humanity: all of us are created by the same God. Monotheism – the belief in only one God – makes a difference.

It matters what we believe, because our beliefs shape our lives. Wonder Woman made me think harder about mine. If you go to see it with kids or teens, make sure to talk with them about the myths told in the movie and about your own beliefs. Make room for their thoughts and questions. Make sure they are thinking hard about what “really happened,” and remember – they are looking to you to show them a way of life that endures.

Did you see Wonder Woman? What conversations have you had about it?