This post is republished, with permission, from Ben Irwin’s original found here. It may be even more relevant today than it was when it was published originally. – ed. 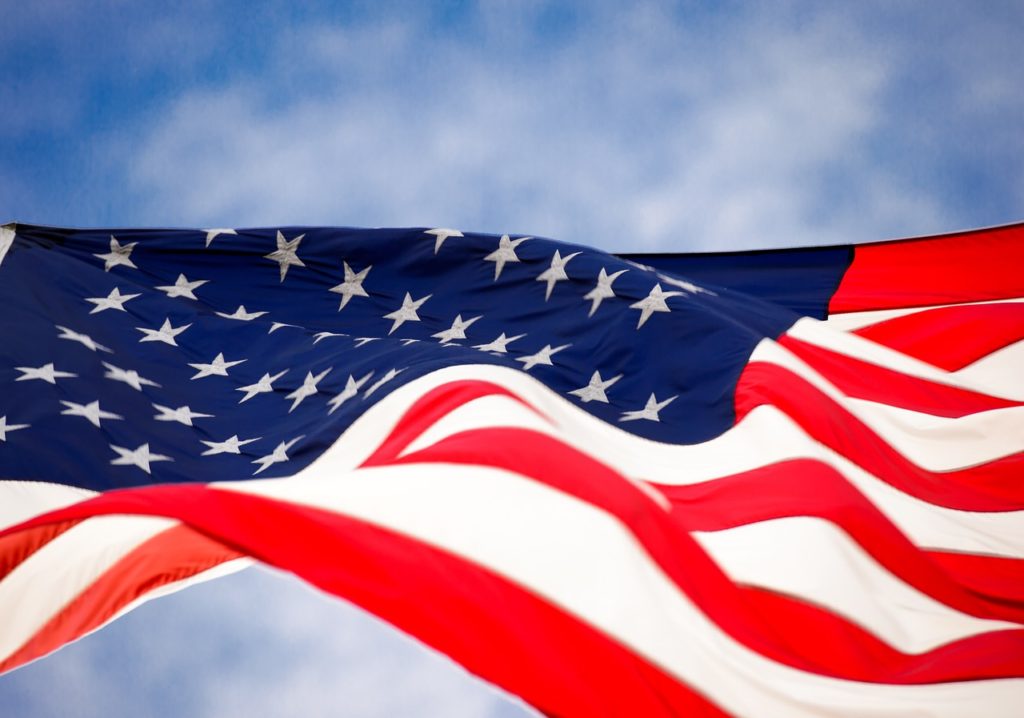 I’ve already written about my discomfort with the commingling of Christianity and nationalism in this country. I’ve expressed strong reservations about the way we invoke God’s name to glorify our revolutionary past—and our all-too-violent present.

There are many good reasons for ambivalence on our national holy day. Kurt Willems has pointed out the Revolutionary War didn’t even meet the criteria for a “just war,” as spelled out by Christian thinkers like Augustine and Aquinas. Carson T. Clark has observed that the revolution pitted Christians against other Christians. Instead of gathering around a common table to receive Christ’s sacrifice, Christians sacrificed one another—in clear violation of Jesus’ teaching. (You can’t very well love someone if you’re trying to kill them.) And Mark Charles has perhaps the most damning indictment of all: that our founding documents bear the unmistakable marks of systemic racism, listing among America’s enemies the “merciless Indian savages.”

How can a declaration that begins by stating “All men are created equal” go on to include justifications that dehumanize the Indian tribes and peoples who were already living in this land? Clearly the founding Fathers had a very narrow definition of who qualified as human.

There is much to say about the idolatry of nationalism, about the syncretism of churches holding patriotic (and often overtly partisan) worship services.

The truth is, I am not immune to these blind spots. I may hesitate to wave the flag, but I never stopped to looked at our national celebrations from the point of view of a Native American until I heard Mark Charles speak at Q in 2015.

This Fourth of July, I want to share three things I hope we’ll remember and live into more intentionally. Doing so could help us tap into the very best of our nation’s heritage, while enabling us to confront the less commendable parts of our story.

1. May we remember that our nation was built on a commitment to share power.

This may be one of the greatest legacies of the founding fathers. After his triumph over the British, George Washington did something unusual. He resigned his commission as commander-in-chief. Legend has it he was invited to become America’s king—a legend which may or may not be true. Either way, Washington walked away from an opportunity which he could have exploited for his own gain.

Years later, Washington stepped down after two terms as president. His reasons may have been more practical than principled—he was yearning for retirement. But once more he set the extraordinary precedent of voluntarily walking away from power, rather than clutching it until the blood ran cold in his fingers.

In addition, the United States was built on the idea that the majority should not have absolute power. The rights of minority “factions,” as they were called, must be protected against the tyranny of the majority. As James Madison wrote in The Federalist Papers:

It is of great importance… to guard one part of the society against the injustice of the other part. If a majority be united by a common interest, the rights of the minority will be insecure. In a free government the security for civil rights must be the same as that for religious rights.

Justice is the end of government. It is the end of civil society. In a society under the forms of which the stronger faction can readily unite and oppress the weaker, anarchy may as truly be said to reign as in a state of nature.

Of course, the founders did not embody these values consistently. They conveniently excluded some groups—namely, the indigenous population. We haven’t done any better. Far too often, we dehumanize and exclude those with whom we just don’t want to share power—blacks, women, gays, immigrants. Instead of celebrating when one group achieves new rights for itself or attains some measure of power, we lash out. We stoke fear. We cry “persecution” when what we’re really experiencing is the loss of our monopoly on power.

But a better way has been laid out for us. We can embody the values of our founders—values even they failed to live up to—and ensure that everyone has space at the table.

2. May we remember that it’s possible to disagree without resorting to violence—verbal or physical.

The White House has changed hands between rival political parties 24 times since Washington left office. Only once did that change lead to revolt, when the pro-slavery Southern states seceded after Lincoln’s first election. The idea that someone can transfer power to their rival without bloodshed was remarkable 230 years ago. And while we may not resort to physical violence today (most of the time), we have a tendency to polarize every disagreement.

The effect of polarization today is to draw us into increasingly hostile forms of conflict with each other. We start viewing every liberal as an existential threat to civilization. We start to see every conservative as a racist, warmongering bigot. We get so caught up in paranoia about the “gay agenda” or some “right-wing conspiracy” that we fail to see the people behind the ideas.

When we start viewing those with whom we disagree as threats to society, we have, in effect, given up on the American experiment. Americans have always disagreed with one another, sometimes vociferously. If you think Fox News is a new phenomenon, you should see some of the partisan newspapers from the late 1700s and early 1800s. But we must always remember our common humanity and refuse to be enemies—even with the most radical liberal or the most hardcore conservative.

3. May we remember that God loves America as much as he loves every other nation.

God loves America. Or perhaps more precisely, God loves every single person in America. But as Christians, we should never lose sight of where the biblical drama is moving. The trajectory goes from “one nation” to “all nations.” Even when it was “one nation,” that nation’s job was to bless all the other nations (Genesis 12).

America is not a new Israel. There is nothing in scripture to even remotely suggest that we are “special” in the way that Israel was special during the pre-Jesus part of the biblical drama. To suggest otherwise is to move in the opposite direction of the Bible.

God’s kingdom transcends and encompasses every nation. America doesn’t matter to God any more than Eritrea. But we don’t matter to him any less, either. God cares deeply for the people of this nation—and that’s something to be grateful for this Fourth of July.

What do you tell kids about God’s relationship to the United States of America?