There is no longer male or female in Christ Jesus, but we in the world have a far distance to go. Along with everyone in my Facebook feed, I watched with twinned horror and utterly no surprise at allegations against Hollywood executive and producer Harvey Weinstein. I debated my own #metoo post in response—was what I had experienced “severe” enough? Isn’t that just what happens when you walk through a thick crowd? (or take a cab, or ride a bus, or…) 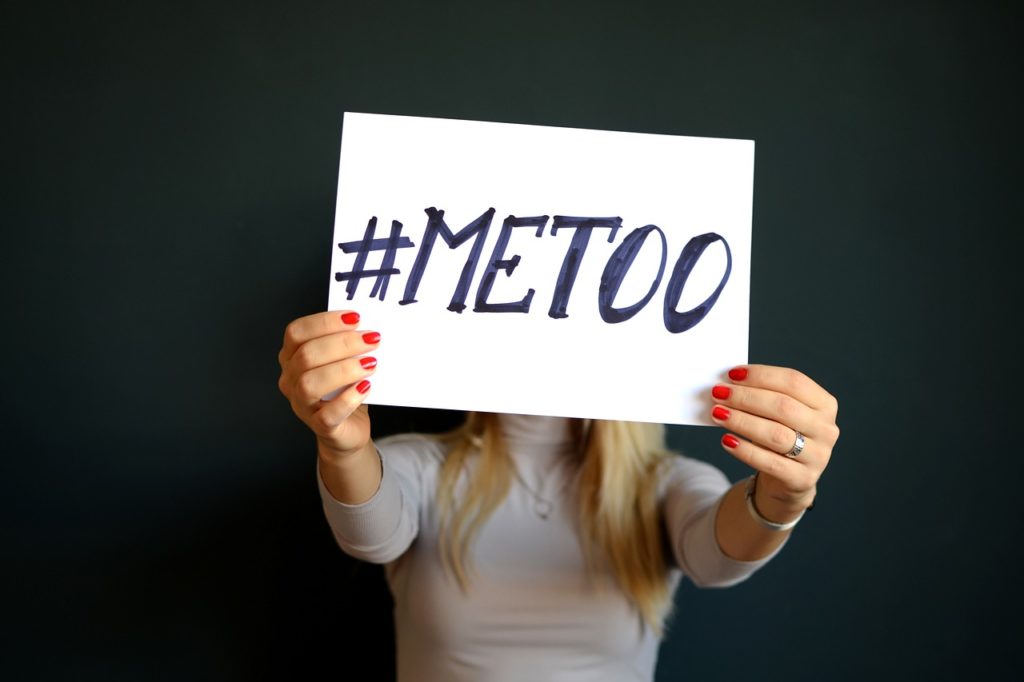 I was mortified to hear myself make excuses, and surprised by the vividness with which the memories of those experiences came back—however much “not a big deal” they were.

Our bodies are a gift from God. The incarnation of God in Jesus Christ tells us that there is something very good about bodies. There is nothing embarrassing about them. Bodies are whole and holy; both our own and those of others are to be treasured and respected. The comfort of a young child in their body is a revelation of God’s desire for our security and freedom.

In our family we have always tried to instill in our children a deep sense of integrity; their bodies are their own, and they are in charge of their own bodies. We use real names: if you can say “hand,” you can say “penis” or “vagina.” We teach that bodies come in all shapes and sizes, and that the words “boy” and “girl” don’t always convey the complexity of who we are. Respect your own body. Respect others’ bodies.

I’m realizing more, though, how even out of my desire for both my kids to feel unlimited by their gender—where from the beginning for our kids, boys wear pink and girls play with trucks—I am parenting them for a world that does not exist yet. My kids are shocked that there was a time when women couldn’t vote or wear pants. The sexist logic that created that world is still very much with us, and I realize I have not been honest enough about it. My daughter will still face the same catcalling and wandering hands in the same way as I did—the same experience I normalized by thinking, “ehh, does that really count?”

According to the Girl Scouts, 10 percent of girls are catcalled before they reach age eleven. Eleven. My daughter will face that. My son will have friends who think girls are just there for their pleasure. Those are, as we say in the baptismal covenant, “forces of evil which corrupt and destroy the creatures of God.” Trying to be a feminist parent is the ultimate experience in the already-not-yet; we are living in the world as it is, not as we wish it were.

As a Christian, I realize deeper engagement is required. In the last week, I’ve seen several widely cheered stories shared about girls fighting back: one had a proud mother celebrating a daughter who had punched the boy who repeatedly snapped her bra-strap. Another was titled, simply “Why I gave my daughter permission to kick your son in the balls.”

But sexual violence is about violence, not sex. It’s about seeing the world and everyone in it as your plaything. It’s about the power of patriarchy, that sticky glue that cements homophobia and transphobia, too. My daughter kicking your son in the balls isn’t going to teach him to respect girls. It’s going to teach him to pick on someone smaller.

We live in the shadow of the cross and in the light of the resurrection. There’s more to life than hitting back. That doesn’t mean that we tolerate whatever comes at us. In cases of physical violence, you use your body to get safe. In situations of harassment, kids do need to tell an adult (and we have to explain why it’s not “tattling”). Aggressors do need to be held accountable.

We also have to prepare our kids for the times that adults betray them and don’t take them seriously. Sometimes you have to look for someone with more power than the classroom teacher who laughs off “boys being boys.” Sometimes you just need to get out of the situation. This requires deeper emotional and spiritual resources, and it means parents have to encourage our kids to trust themselves—and us—more deeply.

We celebrate strong girls. But as Christians we know: nobody has to be violent to prove that they are strong.

I realize I’m not doing enough to teach my kids about sexual violence, that my sunny, gender-transcended world is still in the making. I realize that “hit back harder,” which they hear from others, also isn’t enough. This week has also taught me that I have to start with myself, too.

My kids’ bodily integrity isn’t negotiable. Neither is mine.

How has the #metoo conversation affected your parenting as a disciple of Jesus?