“Are you Jewish?” five-year-old Anastasia asked her grandpa and me in mid-December. In kindergarten they were adding paper candle flames to a menorah day by day, and the four candles in our Advent wreath reminded her of it.

Her question gave us an opening to talk about our Christian faith, explaining the Advent candles as preparation for Christmas. A week later when she had a sleepover with us, she watched us light three of the candles before supper, one each for hope, peace, and joy.

“What’s the last one for?” she asked.

Talking with unchurched grandchildren about matters of faith involves a dance whose steps I’m still learning. How to tell a child that God loves her when God is an unfamiliar concept? How to put the Christmas story in the wider context of Scripture? How to move from the story of the Holy Child’s birth to the story of his life (and death and resurrection)? And how to do this with so light a touch that it doesn’t become inappropriate evangelizing but a story about our own faith?

Every time she’s been with us for supper, even when she was a baby in a high chair, she’s held our hands and followed along as we pray. She knows the name Jesus from the Christmas story, and this fall I shared with her David Weiss’s beautifully illustrated creation story When God Was a Little Girl.

She had liked the book, and that encouraged me to show her the “ornaments” her father and uncle had made for a Jesse Tree long ago when they were little boys. For the Creation story in Genesis, they had glued patches of green felt onto a blue circle to represent the earth. Anastasia hung it on our make-shift Jesse Tree, and I asked if she remembered When God Was a Little Girl. She said yes.

So I reiterated that God had made everything in the whole world, and how good it all was – and she asked about trees, looking out at the snow-covered fir trees in our front yard. “Yes,” I said, “God made the trees – and flowers and all the animals” (she loves animals). And then she asked if God had made her when she was in her mama’s belly, and I answered: “Yes” – but I stopped there. I wanted to quote the psalmist about how God “knit me together in my mother’s womb,” but the words wouldn’t come.

Six years ago, when her mother and aunt were both newly pregnant with our first grandchildren, my husband and I spent a week at a retreat center in New Mexico that houses a statue of Mary in early pregnancy. 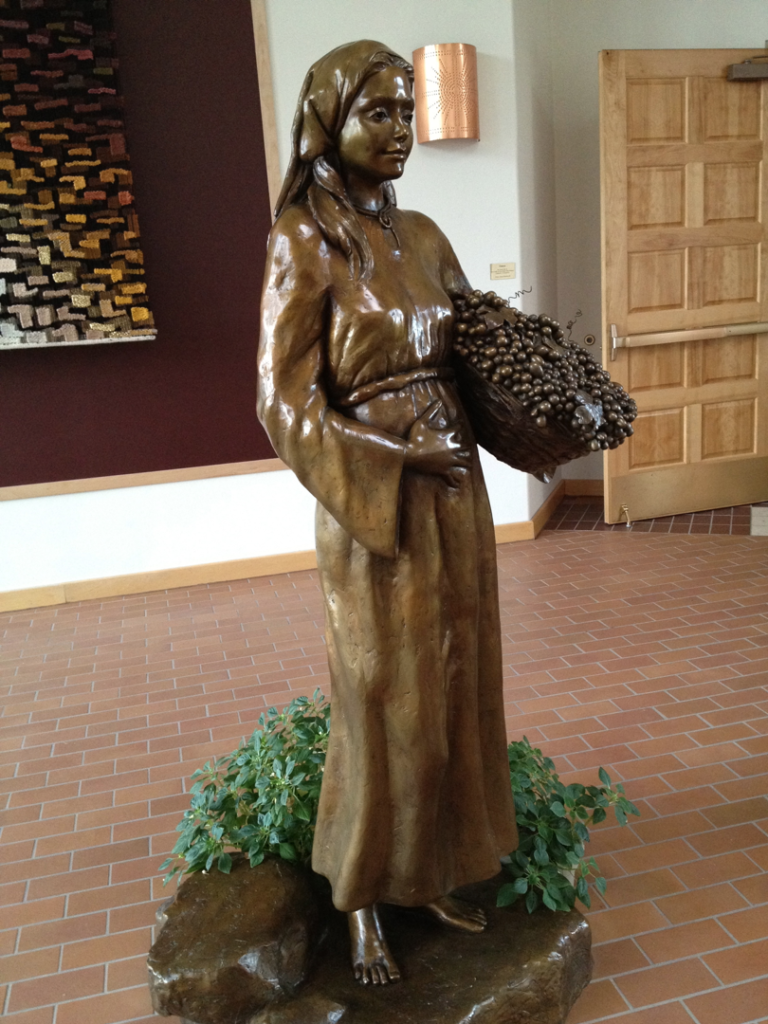 I emailed a photo of that statue to each of my daughters-in-law, including that passage from psalm 139, even knowing they weren’t church-goers. Why couldn’t I quote it for my granddaughter?

While I was silently berating myself, Anastasia moved on to other ornaments, which she found too boring – my little boys had not been interested in coloring them, so she decided that must be her job, a generation later. The white dove that represented the Holy Spirit was given dark eyes and rainbow feathers. The yellow angel was given pearl stickers for eyes, red and purple robes, and red glitter stars on its wings. 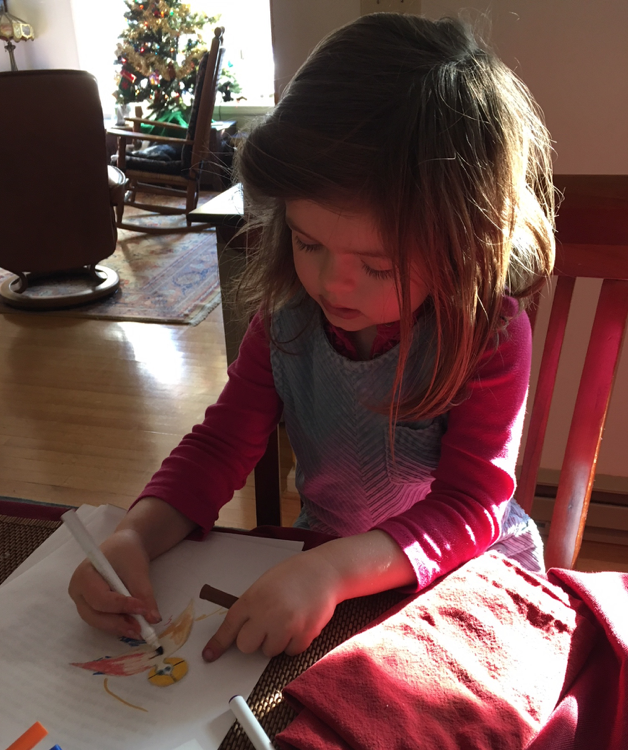 The burning bush she left as is, but she asked me to tell her about it. The story of God’s protection of the vulnerable Israelites during the Exodus gave me a chance to talk about God’s love.

After an abbreviated retelling of the Exodus story, I said that the reason we make such a huge deal out of Jesus’ birth is that he was such a special child, God’s Child, sent to show us how to live and to love one another. I said something inarticulate and muddled about his willingness even to die for us. “So is God dead?” she asked. “No,” I said. “God isn’t dead. Jesus isn’t dead.” But she went on, “Well, if God made everything – did he build the first houses, too? – then once he taught people how to do it, it would be ok to die.”

Sigh. What I had most wanted to do was to share with her our certainty about God’s eternal love, about God’s constant presence with and within us, about Jesus as God’s living Word made flesh and dwelling among us, and I had utterly failed.

By then she was done hanging ornaments on the Jesse tree and wanted to take all of the battery-powered candles out of our windows and into the fort she’d made with blankets and chairs.

Maybe, I thought, that’s where I’ll pick up next time, talking about light in the darkness, all of us as bearers of God’s light.

But probably I’ll just keep tripping over my feet (or my tongue), trusting that the dance goes on, knowing that no matter what I do or don’t do or say, the angels announced “good news of great joy for all people.” 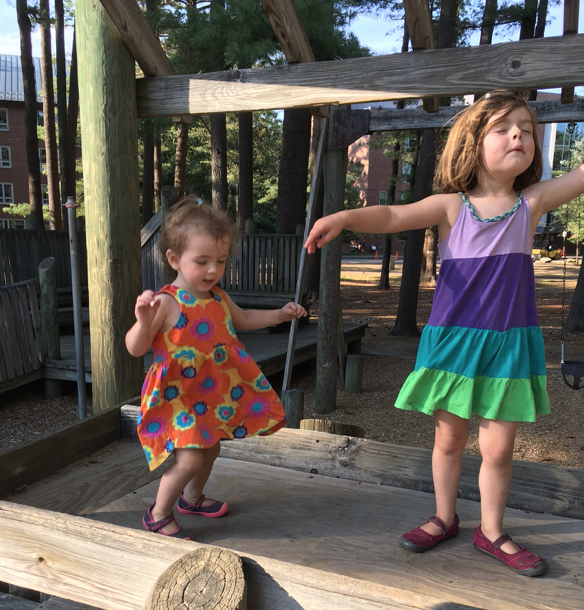 How are you talking about faith with your family at Christmas this year?