By the time I had children, my copy of Kahlil Gibran’s The Prophet was pretty beat up. My sister had given it to me when I turned 16, and like many people in the 1960’s, I was drawn to its poetic, counter-cultural vision.

But then I became a mother, and I found myself recoiling at Gibran’s insistence that “Your children are not your children. They are the sons and daughters of life’s longing for itself.” No, I thought, these children are mine! I turned away from Gibran’s words and began obsessively collecting prints by German artist Kathe Kollwitz of mothers protecting their children. At some deep level, I thought that only I could keep my children safe and happy. 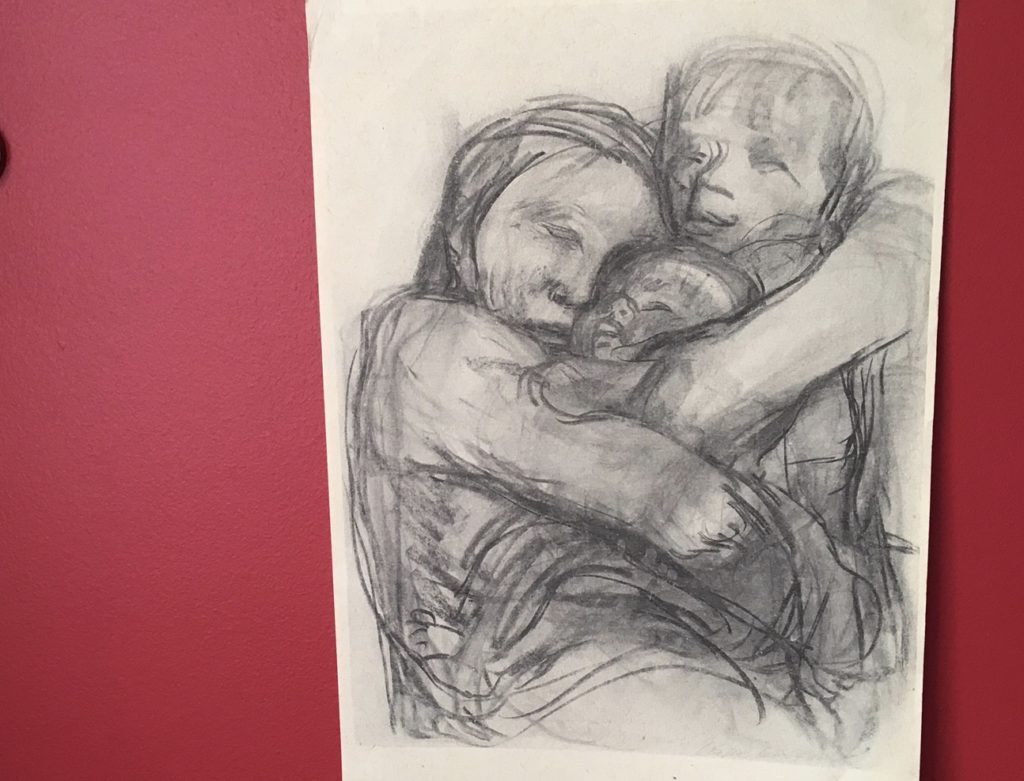 You’d think I would know better. I’d spent every Sunday of my life in church, where I’d long ago learned that Mary couldn’t save her beloved Son from the cross. What magical thinking made me assume I could do better?

And where, in all this, was God?

Eventually upheavals in my own life – divorce, remarriage, a move – ended up causing the deepest suffering my children had ever experienced, but somehow I still wanted to choreograph their lives, to be in charge, to own them, to make them happy and well. Then less than two years into the new marriage, my stepdaughter was diagnosed with terminal cancer, and no one could protect her, no one could protect my husband from her loss, no one could shield my sons from their grief.

In those years I published an angry novel (Ancient Rage) that envisioned a conversation between Mary and Elizabeth nine years after their sons had died, and in it Elizabeth says, “Human mothers have more compassion than God.” I believed it.

Decades have passed. My children are now in their 40’s with young children of their own. My anger at God has been folded into an awareness of God’s unknowable but compassionate presence. My prayers are still demanding (“be with and bless….surround and save and shield…. heal and help and love….”) but they are an admission that I’m not the one in control.

Half the time I still want to be. The old desire to choreograph my children’s lives, or my grandchildren’s lives, kicks in spontaneously, and I have to remind myself of the integrity of their souls, their separateness from me. I have to remember that they are beloved children of God (yes, of God!), and that my responsibility is simply to love them, and to let them be who and how they are amid all the chaos and pain and beauty of life.

How has your understanding of parenting shifted over time?