St. Barnabas, one of the earliest Apostles, is mostly a supporting actor in the story of the early church. In the drama of those first years following Pentecost, he receives fewer lines of dialogue than our main characters, Peter or Paul. Plus, his character is not as heroically depicted for any grand act of miracle or sacrifice, such as the striking down of Ananias, or the martyrdom of Stephen. Yet his presence is noted in an awful lot of scenes in the early Christian story, especially in the Acts of the Apostles. Even as just a supporting cast member, the impact of his role is irreplaceable in the development and spread of Christianity.

Take for example Saul’s return to Jerusalem after the Damascus road experience: it is Barnabas who vouches for the sincerity of his conversion and helps convince the other apostles to accept him (Acts 9:27). Where would Christianity be without St. Paul the Apostle and his writings and witness? Barnabas’ witness gets him started and legitimates him as an insider and apostle.

Or consider the missionary journeys to Antioch and beyond, recorded later in the Acts of the Apostles (chapters 13 and 14). Barnabas and Paul set out together to spread the message of Jesus. It is Paul who converts the governor of Cyprus by striking the sorcerer, Bar-Jesus, blind. And it is again Paul who makes the stirring speech in the synagogue of Pisidia, but Barnabas is at his side through the whole journey. 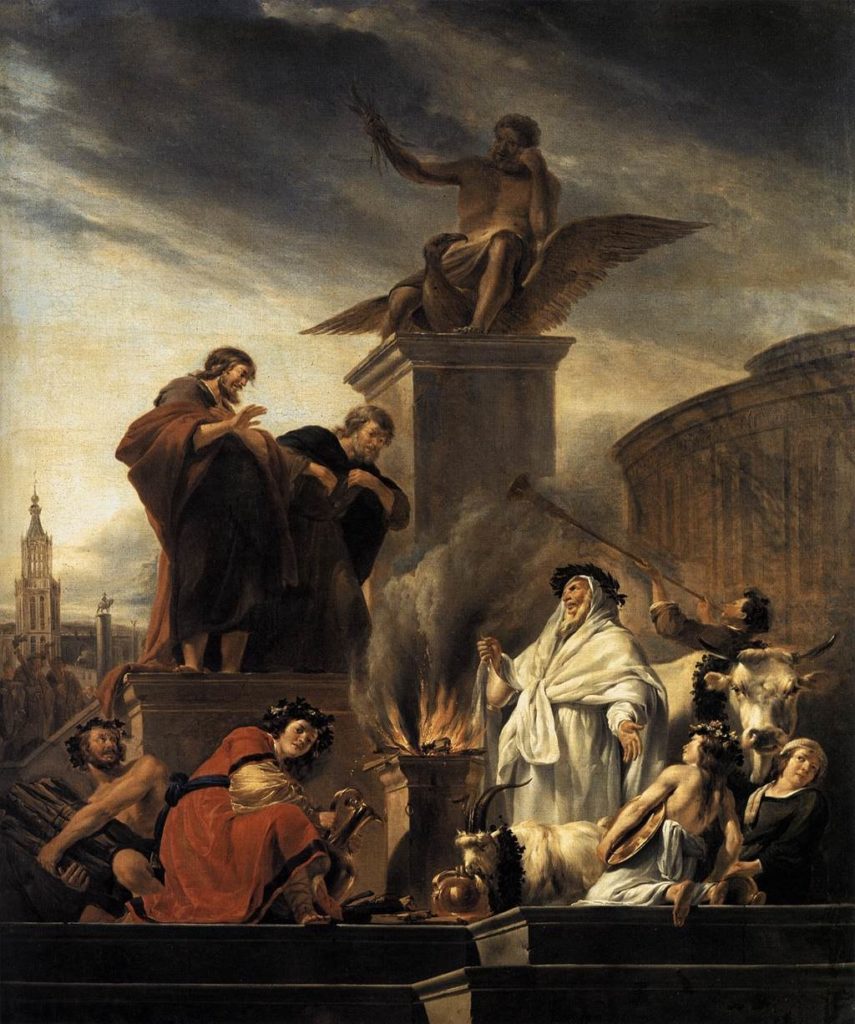 Barnabas is not just Paul’s stagnant sidekick, though, because he is cited as part of the exhortation in every place they stop. Throughout the whole journey, in fact, Barnabas gets no dialogue or billing of just his own, yet he stands with Paul and is consistently attributed to the exhortations in each place the spirit led them, and his name is cited seventeen times in those eighty verses. Barnabas is not merely an extra or “also-ran” in Christianity’s spread. He is a minor character with a big influence.

In noticing this dynamic in the recorded life and ministry of Barnabas, my family has adopted a gratitude practice of “seeing” in our minds those who sometimes go unseen. We share the names of these supporters with each other as we prepare dinner, or as we get ready for bed in the evenings. Who in our work, our home, or our play is standing with us to empower our work and encourage our calls, but maybe not being noticed?

As a parish rector, there are many who stand with me as witness and supporter. There are a dozen or more parishioners who are at everything we do in my parish. They come if the doors are open. Many of them are not in formal leadership positions, but they still stand with me in the ministry and operations of witnessing in my faith community and beyond. 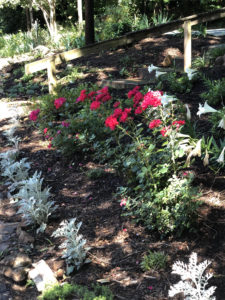 For example, there is the lady who makes sure there are fresh flowers growing on my walk to and from the rectory. That is a ministry of presence with me and has often lifted my spirits. Then there are the two gentlemen who sort our cans and recycling and take it to the scrap yard for reuse. They serve us, and save us time and expense.

My wife is an attorney who works with a mostly indigent population of offenders with severe and persistent mental health challenges. The secretary at the courthouse who always greets her with a story or kind word is someone who stands with her. There is also the consultant who checks in every month or so, even though his work finished a couple of years ago and he isn’t on the payroll anymore. Plus, the mom of an offender who died, who took the time to write what the court’s kindness and compassion to her son meant to their whole family. That letter stays with her team as an inspiration to continue their work of kindness and compassion. Those are people who “stand with” her in her call.

In the afternoons, when we pick up our 2.5 year old son from daycare, we ask who he played with today and wait patiently as he sorts through his day with teachers and peers. This is a practice we hope will instill in him a mindful appreciation of those who stand with him in fun and play.

All of these people named, from the gardener to my sons’ teachers and peers, are people who are supporting actors in the drama of our lives. Without them, we would not be able to be who God called us to be in the same way. Their gifts and ministry are irreplaceable, as much as Barnabas was to the start of the church.

On this feast day of St. Barnabas, take a moment to reflect on the supporting actors of your life and work. Who stands with you, but without much notice? Who makes your Christian life and call possible?

Take a moment to notice and thank them today. Then share your list with your family the next time you gather. By sharing our supporters, might we all grow in awareness of the Barnabases of our day.

Who stands with you, but without much notice?

Who makes your Christian life and call possible?