Two years ago Nurya Love Parish wrote a beautiful post about The Nativity of John the Baptist. She walked us through Luke chapter one and what it meant for John to be born when he was born and in the way he was born. I encourage you to go back and read Nurya’s post because today I want to move away from his birth and focus on his adult ministry.

John is brought into this world to accomplish a specific, divinely ordained task. God gives this man a message and he is ready to preach to anyone who will listen. His testimony is hardly socially acceptable. He instead strongly urges people right their wrongs and live a more faithful life. He is the first person to bear witness of Jesus as the Messiah. He’s the first person in the gospels to provoke the world to change.

John the Baptist has been on my mind a lot lately. Basically, every time I hear the news or see an article posted on Facebook, a vision of him waving his clenched fist and yelling for us to repent flashes before my eyes. Can you imagine what John the Baptist would have to say about children being stripped from their parents’ protective embrace at the American border?

We are told that John the Baptist is not the light, but he is here on earth testifying to the light, calling all people to repent and believe in Jesus Christ. John has little patience for those refusing to repent and change their way of life. He wants everyone to live their best life…from the common folk he baptizes to King Herod whom he calls out publicly for marrying his brother’s wife, John the Baptist yearns for all people to align themselves with God. 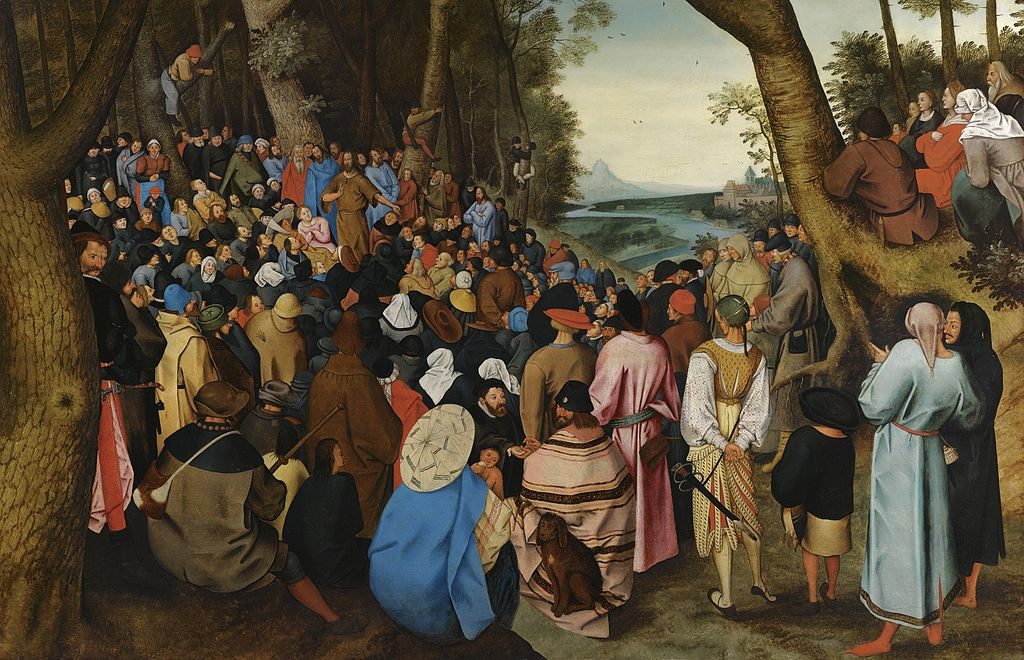 But John is not an out of touch man living in the wilderness on a diet of honey and locusts who just yells at people to repent. When people hear his message, they travel to see him and ask how they should be living. And John tells them. He offers a practical list of actions they can take like sharing clothing and food with the poor. When tax collectors come to be baptized, John instructs them to only collect an honest amount. And when the soldiers come, John urges them to refuse bribes and abuses of power.

John doesn’t simply complain or offer social commentary. He engages those in need of repentance and offers solutions on how to live a better life. This is what it looks like when my parenting is at its best. When my daughter throws a flip flop at her brother’s head, I don’t yell at her and tell her how wrong it was. We talk about why it was wrong and come up with alternative ways to express frustration. Of course there are consequences and sometimes there’s yelling, but my role her parent is to get her on the right path so that drives most of my decisions.

I wish I could say I behave the same way outside of my parenting role. There’s a lot of social commentary happening in my life right now, rather than engaging those doing wrong to find practical solutions. Most days in our house my husband and I can’t even talk about what’s happening at the border because it’s too overwhelming. When we do talk about it, it’s not all that constructive.

Today on this Feast of the Nativity of John the Baptist, I invite you to join me in addressing a system, policy or person who needs to hear John’s message of repentance. We will name the wrong-doing and pledge to be part of the solution. I pledge to finally use the advocacy tools that the Episcopal Public Policy Network emailed last week about stopping family separation at the border.

John the Baptist is bold, uncompromising and unwavering in his conviction of who God calls us to be. He has high expectations for all of us, but fortunately he offers suggestions on how we can align ourselves with God’s reign.