My name is Claire Parish and I was one of two youth selected from my province to be part of the General Convention Official Youth Presence. I first learned about General Convention during Episcopal Youth Event (EYE) last summer, the first international Episcopal event I had taken part in. When I heard that the entire church was governed by a democratic organization, I could not help being interested – I have always had a passion for government and I have been involved in the church since I was young. While at EYE this passion led me to a church government workshop, which was where I  learned more about General Convention and discovered that youth were given a part in its organization.

Two youth from each province, 18 in all, are invited to sit on the floor of the House of Deputies and given a chance to speak to the issues placed before the House. I applied in mid-winter and when I heard I had been accepted I was astonished. I quickly embraced the opportunity to learn about my church and international government overall. General Convention was an exhilarating, overwhelming, transforming experience. From the moment we arrived, the Official Youth Presence was immersed in it. 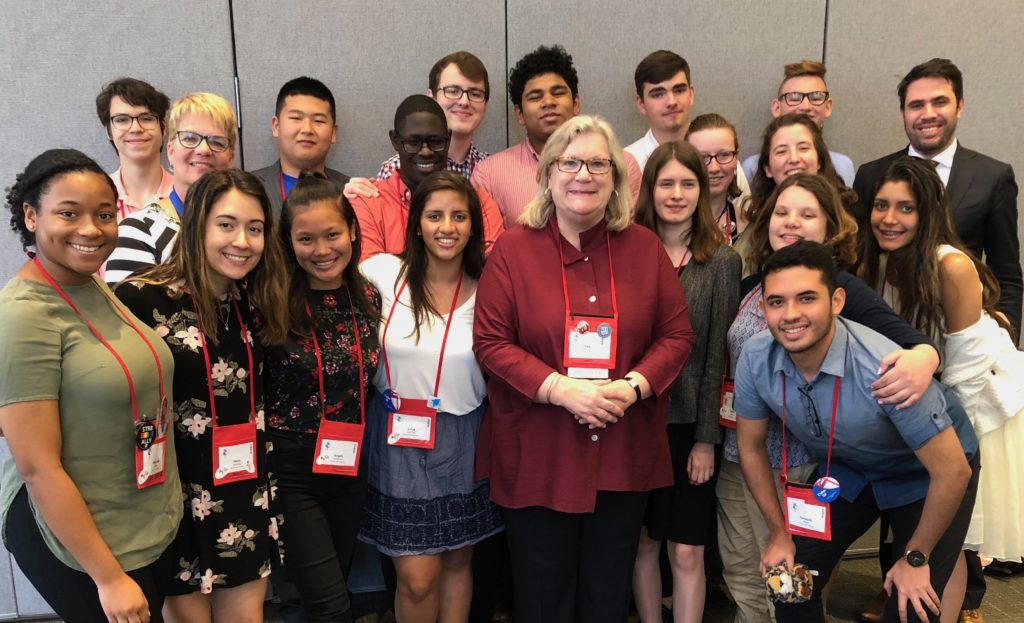 Members of the Official Youth Presence with Gay Clark Jennings, President of the House of Deputies

We met with the Presiding Bishop our first full day, then given our last few hours of free time for the week. Every second afterward revolved around General Convention; we sat in on legislative committee after legislative committee, frantically dashing from one to another, as some of us tracked the same issues obsessively and others attempted to somehow see them all. By the end of General Convention, the majority of the Youth Presence had spoken on some sort of issue, in some cases even spurring amendments that changed resolutions and thus the life of the church itself. For the first time, it seemed to me that youth really had some sort of power, like we could change the world in some way. 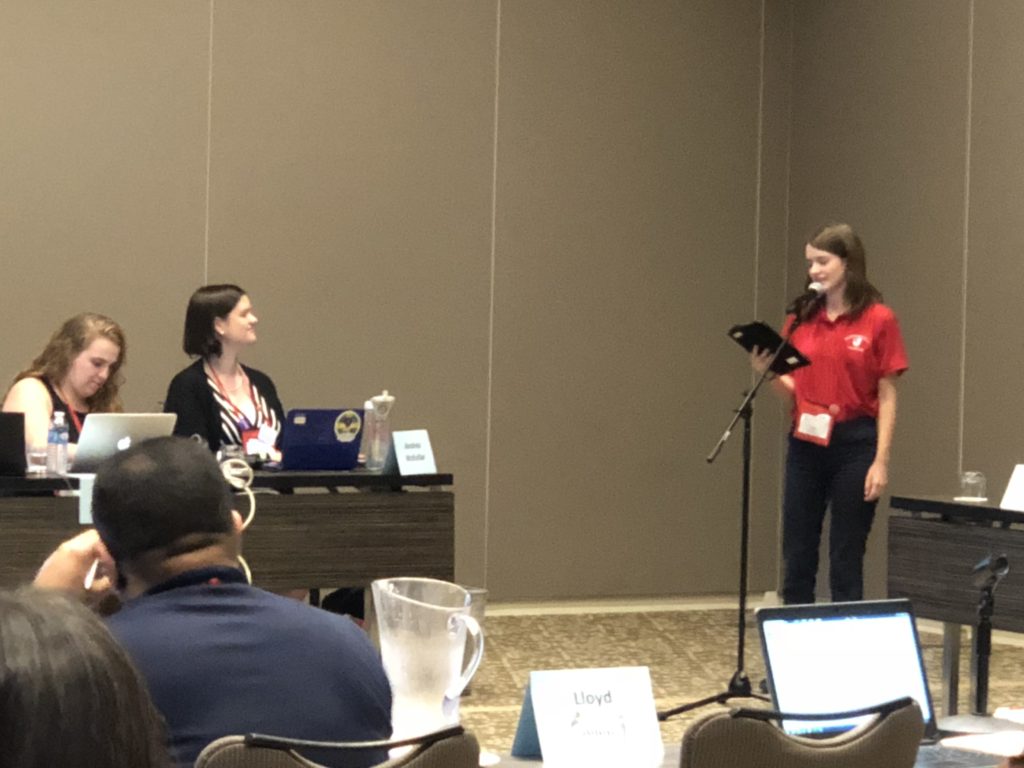 However, the most impactful part of General Convention was seeing the church come together. During the myriad events we attended while the House of Deputies and legislative committees were not in session, we were given a chance to see the community that is the church. In the exhibit hall I could see every portion of the Episcopal Church’s work imaginable – and some I doubt I could have imagined – and quickly learned about our work throughout the world. I saw organizations that helped others, taught others, and changed others.

Most powerful of all, I found myself becoming part of this influence of the church on Sunday when I joined those worshiping at the Hutto Detention Center. The Official Youth Presence joined a group that moved to the front of the building, singing to the people inside. Calling out “You are not alone! No estan solo!”, and many other phrases, I was astonished to see papers moving in the slits that were windows, hands reaching out to us. We waved back. Those hands were enough to give a face to a plight I had only ever heard about on the news. I heard later the women in the center did not leave their windows until the last bus left. It is my hope that we left some sort of impact in their hearts and minds.

There are so many more experiences I could write about during General Convention, too many. I do not think my days have ever been more full than when I was there, but I would not have it any other way. What made this hectic experience so perfect was the people around me through it all. Every person on the Official Youth Presence brought an essential component to the group, and I am blessed to have been a part of it.

Out of all the experiences, the one thing I saw that I will never forget is the youth around me. I saw hopes. I saw dreams. I saw leaders, not just the leaders of the future but also leaders now. I am honored to have been given a chance to stand among them.

[Photos used with permission courtesy of the Formation Department of the Episcopal Church.]

How are you giving teenagers opportunities to see that they have power and can “change the world in some way?”