I recently had a moment with my oldest child Rowan that was important for me on my journey of faith.

We were at Chik-Fil-A with my younger child for dinner. Earlier that day I had listened to a podcast that mentioned the Big Bang and I asked the kids if they knew about it. They both said no. So I explained the Big Bang and this is how the conversation went.

“Yeah,” I said, “we believe that all of this comes from God.”

“What about Adam and Eve?” Rowan asked.

“That’s an important story for us about God creating everything, but we believe God started a long process of creation.”

“Dad, do you believe we came from monkeys?”

“Bill Nye the Science guy says our tail bone is left over from a monkey’s tail.” 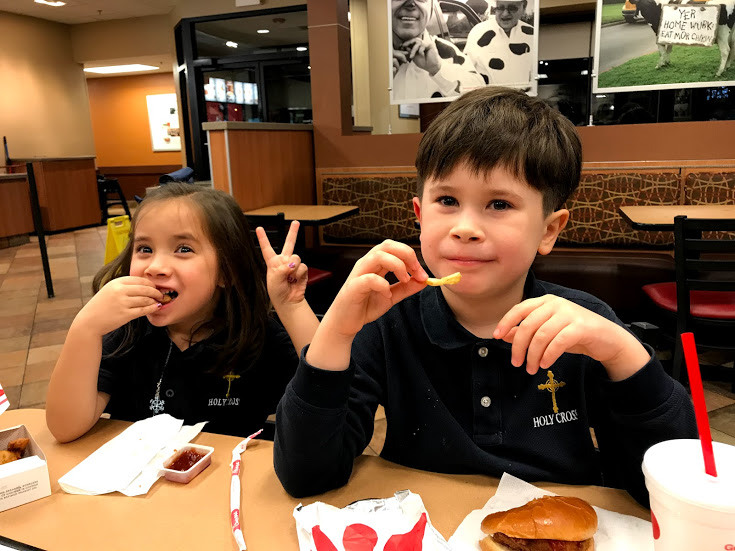 We ate for a few moments and I asked Rowan if he believed in evolution and he said yes. God, the Big Bang, and evolution—all three fit together for him.

And it hit me in that moment that I was full of gratitude and wonder. My son loves science and he has faith in God. And within the walls of a Chick-Fil-A in Montgomery, Alabama, both of those things were affirmed for him. He doesn’t have to pick one to keep and one to reject.

He and I are so alike, but unlike him, I lived most of the first part of life feeling I did have to choose one and reject the other. I remembered a former self that would have told him that Bill Nye was wrong. But I’m no longer that person.

During that conversation, I felt like I saw his future branch off into an integrated place where science and faith both can flourish. I felt a deep sense of fatherhood as I saw him starting his journey at a place that took me many years to reach. And I was glad about the possibilities.

The place that took me years of struggling to reach in my own life is now his starting point. Evolution and creation are compatible. Women can lead. LGBTQ persons are children of God. Our faith and love for God is best seen in how we treat others. And we are to seek to serve Christ in all persons, and respect the dignity of every human being