Editor’s Note: Grow at the Movies is a new experiment from Grow Christians. We hope to offer timely reviews of movies that children and teenagers will beg to see in the theater, along with conversations starters for the car ride home. Please let us know if you would like to see more of these types of posts and other information that might be helpful. Thanks! Faithfully, Allison

The story of Jesus, as told by the four gospels, is a great story. “The greatest story ever told,” right? It is full and complete unto itself and, given the opportunity to impact a life, it transforms you. But there’s something special about reading the gospels after studying the Hebrew Bible. It turns out there’s a lot more “there” and, in connecting it to “the record of God’s saving deeds in history, how he saved his people in ages past,” (Great Vigil Service, BCP 288) Jesus’ story blossoms.

Epic Segue Incoming
As the twenty-second movie in the Marvel Cinematic Universe (MCU), Avengers: Endgame is a lot like the gospels: it pays you back if you know the backstory. (Technically, Endgame is more like the Book of Revelation, but I think the metaphor holds.)

Eleven years ago, Marvel took a huge risk. They attempted  a blockbuster film about a beloved, though not strikingly popular superhero, starring an actor who was a troubled darling of small cinema in the middle of an upswing following imprisonment and rehab. Robert Downey Jr’s Iron Man released to much acclaim on May 2, 2008. Those few of us who stayed for the end-credits scene (which wasn’t even a THING back then) saw Samuel L. Jackson’s Nick Fury tell Iron Man about something called “The Avenger Initiative.”

Common Sense Media rates the film as suitable for a 13+ audience, calling it an “intense but satisfying finale.” They also have a great article for parents entitled “5 Conversations to Have with Your Kids After Avengers: Endgame.”

I found Endgame to be a film that pays off in direct proportion to the amount of time you’ve put into the MCU. As somebody who has seen the prior films at least two times each, I felt rewarded and thanked for my investment. It’s hard for me to imagine what it would be like to see Endgame without eleven years of context. While it ultimately becomes as big and loud as you might expect, it’s structured atop an emotional resonance that’s irrevocably built on prior experience with the franchise. If you haven’t seen the rest of the MCU, I think Endgame is good enough to warrant a watch-through of the previous films. If you want to watch just the bare minimum, I would suggest: Iron Man (2008), Captain America (2011), Avengers (2012), Captain America: Winter Soldier (2014), Guardians of the Galaxy (2014), Avengers: Age of Ultron (2015), Captain America: Civil War (2016), Avengers: Infinity War (2018), and Ant-Man and the Wasp (2018).

Endgame’s themes of loss and grief, including non-graphic, but implicit killing might be too much for younger children, but its focus on family and the power of decision, resolve and grit will provide plenty of grist for the teenage and adult mind. 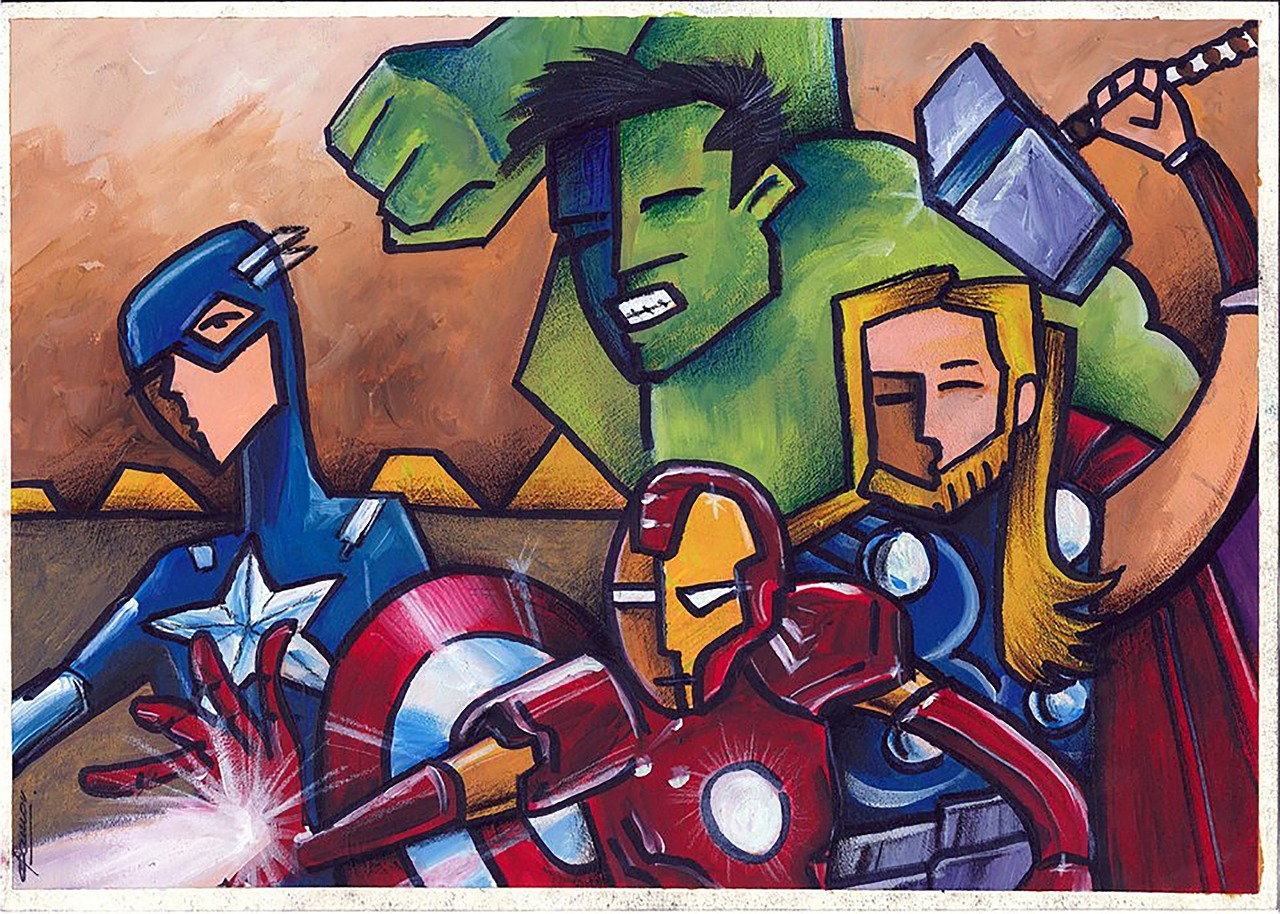 The villain who has been pulling the strings on the Marvel Cinematic Universe since its inception is a powerful purple alien named Thanos. At the end of Avengers: Infinity War, Thanos has achieved his ultimate goal: he successfully collects powerful objects called the Infinity Stones. With the six stones placed in a special glove, Thanos can control all aspects of reality. Driven by the belief that the universe is over-crowded, Thanos snaps his fingers and disintegrates/dusts half of the population of the universe: The Snapture. (Marvel wants us to call this “The Decimation,” but I refuse to do that.)

Avengers: Endgame picks up with a family-focused revisit of the Snapture, a narrative decision which seeds the main themes of the film. This is a movie about family, nuclear and chosen, the loss thereof and what we do to protect it. In recent memory, only the movie Inside Out has gotten me more choked up. It’s also a movie about the costs of the super-heroic life and the decisions that life precipitates.

Among the biggest surprises for me was the decision to place the majority of the film “Five Years Later.” We see heroes who reflect their world; grief and sadness permeate the film. But when one hero, previously thought to have been “Snapped,” returns with the inklings of a plan, the Avengers . . . assemble.

What follows is a journey that expertly weaves together the gravitas of the heroes’ situation and roles with the humor that has made the MCU so successful. It is genuinely surprising how five years of grief and failure have affected the heroes and each character offers a different example of how grief messes with us. Some turn into “melted ice cream” and some become more integrated (literally); but the beating heart of Endgame are two heroes who have been able to move on most successfully.

Chris Evans’ Captain America has become something of a mentor and caretaker for those dealing with loss. It’s a role that suits him as a man who sacrificed himself to save the world in 1945 and woke up 70 years later having lost everything he knew. He knows what this is like and he takes care of his family: the heroes closest to him and the larger human race.

Iron Man comes out of the Snapture damaged, but better off than everybody else. His wife/collaborator Pepper Potts survives and five-years-later they have a four-year-old daughter. Iron Man has retired from the superhero game and when he is invited back into the heroic life, he makes it clear that he can help, but not at the expense of what he’s gained.

Both leaders are given incredible arcs and opportunities to reflect on what they’ve lost and gained and each’s denouement is appropriate and deserved.

Incredibly, this focus on Iron Man and Captain America still leaves plenty of room for many other heroes to have their own journeys and, honestly, I’m thankful for the long run-time allowing it to happen. While I would have liked to have seen more from the Hulk, I’m satisfied by the journeys of the other five “main Avengers” and the rest of the MCU pantheon.

The film finishes with an expected and deserved hour-long smorgasbord of action and fan service. Incredible moments throughout the final battle honor those who have been part of the journey, my favorites include the movement of a specific weapon and, more subtly, the phrase “On your left!” If you see the film and don’t understand what your fellow audience members were cheering about, look up an “Endgame Easter Eggs” video that will explain all of it to you.  If you are overzealous, here’s a this twenty-eight minute video detailing 209 of them.

When all the spectacle of battle has subsided, the emotional conclusion of the movie is satisfying and hard-earned.

Over the last eleven years, I’ve grown up, married, and started a family. The MCU has been with me on throughout that  journey and its characters have become family to one another. Endgame brings this portion of their story to a close and it pays off, especially if you’ve come along for the ride and become part of the Avengers’ family.