Today our church celebrates the Feast of the Nativity of John the Baptist. It’s always been an interesting feast day for me. Typically feast days commemorate the entire lives of saints. They get a singular day to mark their births, the miracles and ministries they performed while alive, and ultimately their deaths.

John the Baptist is bit different (seems fitting, right?). In January each year we commemorate his baptism of Jesus and then in August we mark his beheading, and then there is also today June 24th, a feast day exclusively focused on his birth. Today we celebrate the gift that John will one day be to the world before he’s even eaten his first bite of solid locust or spoken his first word urging repentance.

The first chapter of Luke’s gospel tells us that John was conceived six months before Jesus, which is why we celebrate John’s nativity on June 24th. Well, it’s one of the reasons. People were celebrating the week of June 24th long before the Nativity of John the Baptist due to the summer solstice.

The summer solstice marks the time in the year when we start losing a couple minutes of light each day. Pagans noticed these shortened days, and countered the loss of light by burning bonfires on the nights just after the solstice. As is so often the case, it soon became a tradition.

The Nativity of John the Baptist was one of the first feast days adopted by the Church, dating back to the early sixth century. When the date was settled as being just a few days after the summer solstice, church leaders saw an opportune time to fold this now widespread bonfire tradition into commemorating John’s birth.

It wasn’t a big stretch; the summer solstice bonfire was easily adapted to seem more Christian in nature. European Christians lit fires on the eve of the Nativity of Saint John the Baptist to acknowledge his heralding of Jesus as the light of the world.

In the appointed gospel reading for today, Zechariah cries out,

And you, child, will be called the prophet of the Most High;
for you will go before the Lord to prepare his ways,

to give knowledge of salvation to his people
by the forgiveness of their sins.

By the tender mercy of our God,
the dawn from on high will break upon us,

to give light to those who sit in darkness and in the shadow of death,
to guide our feet into the way of peace.

The dawn will break upon us to give light to those who sit in darkness. It’s no surprise that these “Saint John Eve” festivals popping up across Europe, lasted throughout the night until daybreak. Folks feasted all night long at what was essentially a communal BBQ in the name of John the Baptist. Priests even came to bless the fires and the people partying around them. 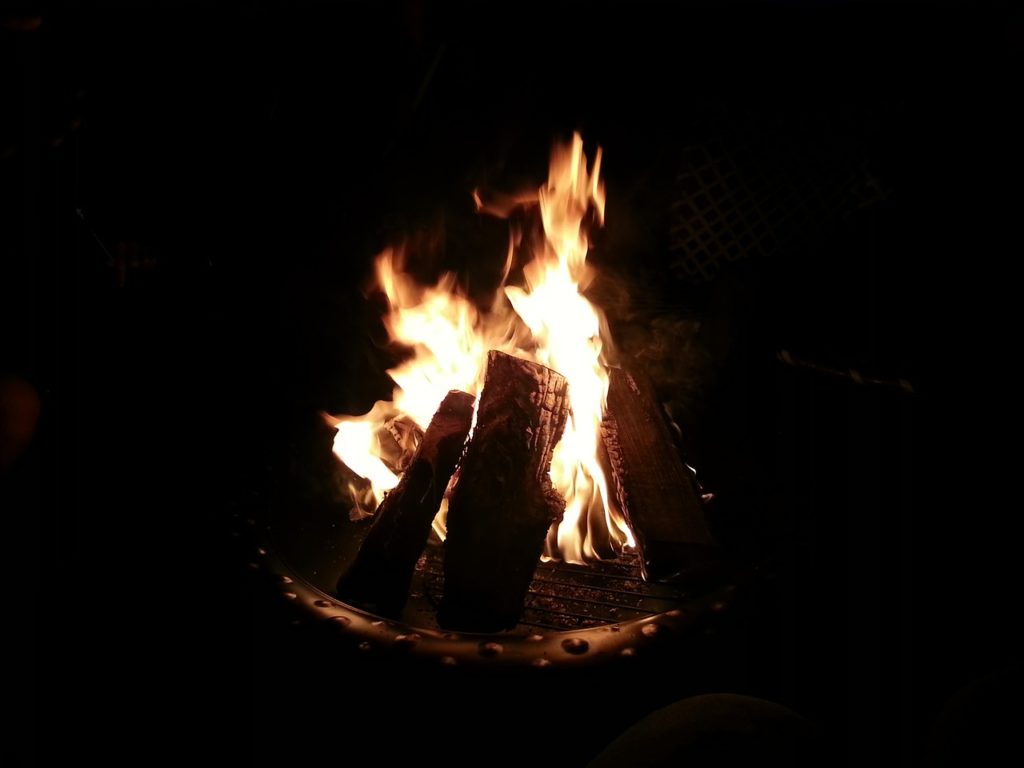 I’m certain that my Neighborhood Association bylaws prevent our family from building a massive bonfire tonight. However, we can certainly create a family-sized blaze by laying some logs in our backyard chiminea. While waiting for the fire to catch, we will take turns reading aloud Zechariah’s prophecy for his newborn child. And then while roasting marshmallows for s’mores, I would love the opportunity to share my own dreams for our children as they came into our lives and how those dreams have evolved over the years.

I’m also unsure if I have ever asked my children about their dreams for the future beyond job possibilities. Today is the perfect day for us to ask such a question and sit back soaking up their answers.

How will you celebrate the Nativity of Saint John the Baptist with your family?