At the local library yesterday, my four-year-old granddaughter listened to stories about stars, and about how everything on earth — including the Earth itself — is made from the debris of exploding stars, known as supernovas. Then she put on an apron and joined the other kids creating images of supernovas using food coloring and eyedroppers. The NASA website explains, “When the star explodes, it shoots elements and debris into space. Many of the elements we find here on Earth are made in the core of stars. These elements travel on to form new stars, planets and everything else in the universe.” 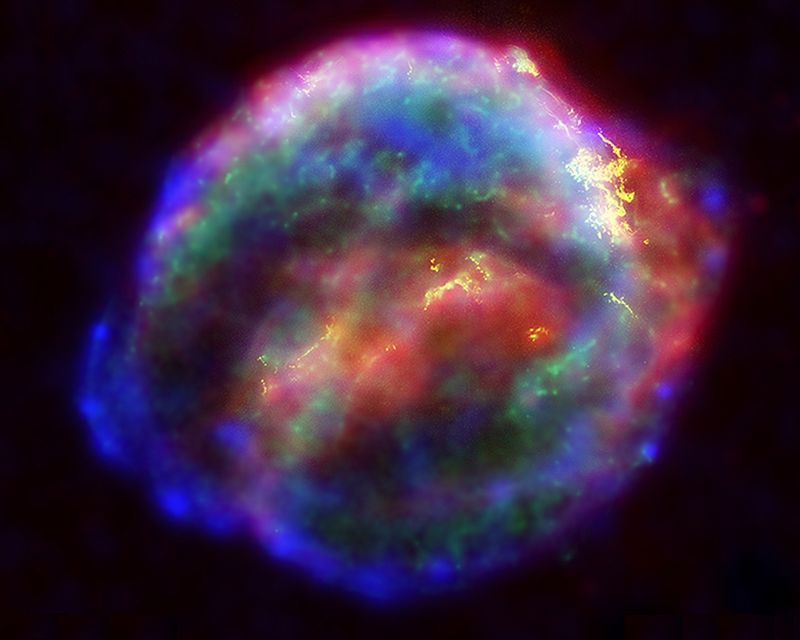 Image of supernova property of Public Domain via Wikipedia.

As I watched and listened, I thought of Eucharistic Prayer C, where we acknowledge,

“At your command all things came to be: the vast expanse of interstellar space, galaxies, suns, the planets in their courses, and this fragile earth, our island home.
By your will they were created and have their being.”

And then I found myself going off on a tangent that took me far from the library courtyard into theological musings that felt at first like science fiction.

First, I remembered the doxology I’ve been using recently, “Glory to you, Source of all being, Eternal Word, and Holy Spirit….”

Next, I thought of the final words of the Phos hilaron, which my husband and I pray before our evening meal,

“You are worthy at all times to be praised by happy voices,
O Son of God, O Giver of Life,
and to be glorified through all the worlds.”

At this point, the supernovas I heard about and all those theological pronouncements came together in my mind to create a sense of the exuberant God who flung the universe into being, the Source of “the vast expanse of interstellar space,” and the eternal Word who was with God, the Son who is God, and who is “to be glorified through all the worlds.”

All the worlds? What other worlds, I wondered, comprise that “all.”

I thought about how the Kepler space telescope discovered that there are potentially 25 billion planets in the Milky Way where life could take hold. Because the Milky Way is just one among trillions of galaxies, it’s likely, I realized, that God’s creative exuberance embraces a multitude of other worlds, and the eternally begotten Word may well be spoken in languages we can’t begin to fathom. We probably aren’t the only world where God has become incarnate. 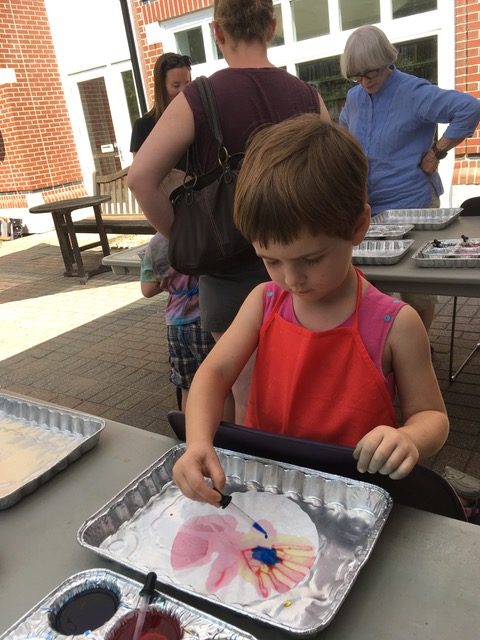 Story time and art project completed, Beatrix and I went out for ice cream. The rest of the day flew by in imaginary play and adventures. But my mind kept drifting back to the realization that because other worlds exist in that vast expanse of interstellar space, probably other beings in those other worlds have needed an intervention to point the way toward God’s realm of love. They, too, may have needed a Savior. For us, as “people of the book,” God became incarnate as the living Word. But perhaps in other worlds, the Savior became incarnate as music, or dance, or a color, or something way beyond our imagining.

Who are we to think we’re the only creatures of God who needed God to become one of us to demonstrate God’s love – to save us from ourselves and our foolish ways?

It was a lot of heavy thinking for a lazy summer day, but I’ve emerged from it hoping that when our children and grandchildren look through a telescope at the night sky, they will see not only the incredible beauty of God’s visible creation, but will imagine the mysterious and distant homes of other worlds, where the Son of God, the Giver of life, is also glorified.

Perhaps, of course, I’m wrong. Not wrong about other life, other worlds, and God’s eternal love for them as well, but about the need for salvation. Maybe we are the difficult but much beloved world, the wayward child who needed the intimate intervention of God coming to us in Jesus, bringing words of healing and hope, forgiveness and love – and admonitions on how to live in peace with one another. We clearly haven’t yet learned how, but in God’s good time, which is not our time, we may yet become a planet of peace that brings glory to God, a bright spot in the night sky for those on other worlds to see.