“Hey Mom, it’s a new world record…I lost my lunchbox on the first day of school!”

This declaration from my newly minted 7th grader should have made me angry, or at least frustrated. Instead, I found myself laughing with relief and genuine glee; the pressure was off already. 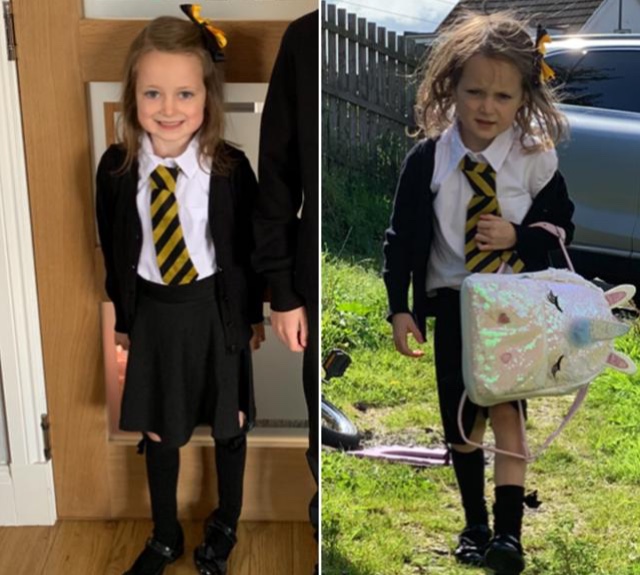 Like many of you, we’d made all the promises about how this year would be different, this year he would stay organized and bring his lunchbox and binder and school-issued laptop home every day without fail.

We essentially signed our home over to the school in promising not to lose this laptop. It was issued the day after the lunchbox went missing. It never made it home that night.

I would read all the emails, sign all the papers on time without reminders, monitor screen time and homework time and reading minutes. Why is school as much work for parents as it is for kids? Was it like this in our day?

But with the lunchbox already gone on day one, we could blissfully sail forward into another year of sometimes hilarious and often soul crushing imperfection, leaving behind all pretense of being anything more than our messy selves.

We barely made it through 6th grade with my precious boy’s soul intact. All the usual preteen angst, plus the shock of both the social and academic pressures of middle school, also came with a dyslexia diagnosis right before the Christmas holiday. It was brutal, but that diagnosis became a great gift as we navigated the second semester.

My beloved, smart, struggling boy could put a name to his academic adversary. He told his best friend, almost with pride, about the diagnosis; the relief was palpable. Because now he had express permission to be less than perfect. His mere humanity has never been enough for this kid to embrace imperfection – I have thoughts about where he gets that, but we can talk about that another time – but dyslexia is a thing. Dyslexia blessed the mess of his academic struggle and anxiety.

Why am I telling you this in a post that’s supposed to be about spirituality, forming faith in children and teens, or something else involving God?

Because grace is in the mess. If we learn nothing else from Adam and Eve and their very brief time in the garden, it is that real life happens outside of Eden. Relationship is messy and often fraught with uncertainty, pain, and fear.

Here at Saint John’s, formation is just about to kick off for the year as I write this. Our classrooms are sparklingly clean, colored pencils are sharpened, and the modeling clay in the little yellow cans is soft and new and has that singular smell that brings us all back to our own childhoods with one sniff.

But those beautiful clean classrooms are lifeless. The Holy Spirit waits elsewhere, in places where messy beautiful life is happening, because until our children come in with noise and questions and wonder and mess, God is not interested in the loveliness of the empty room.

Sacred stories are full of God coming to us when we’re lost and confused and uncertain and doubting. Moses didn’t think there was any way he could lead the people out of Egypt, asking God over and over again, to paraphrase, “How can I be enough to do what you’re asking of me?”

Jonah emphatically did not want to go to Ninevah. Elijah desperately needed a nap and a couple of hot meals before he could travel onward.

Jesus was born not in a gleaming palace surrounded by servants, not even in a more humble home surrounded by midwives, but in a stable with no one but Mary and Joseph and the animals. His first visitors were shepherds, humble and unbathed and smelling, I suspect, rather strongly of sheep.

Jesus wept when Lazarus died, even knowing He could and would raise his friend even from death.

Teddy Roosevelt said (I updated the language to be inclusive):

The credit belongs to the one who is actually in the arena, whose face is marred by dust and sweat and blood; who at the best knows in the end the triumph of high achievement, and who at the worst, if they fail, at least fail while daring greatly.

So when the colored pencils are dull and we can’t find the sharpener, when the sand from the desert box has spilled on the carpet, paint drips from the pictures hanging on a line, marker ink stains small fingers, and the air in the youth room is filled not with cleanliness but with the scent of doughnuts and the loudness of teenagers…then we will know without a doubt that God is present with us and rejoicing in the messiness of our connection to one another.