While in college, one of the best parts about my summertime subway commute to work was the 50 minutes of uninterrupted reading it afforded me every day. To stave off any potential conversations, I always boarded the train with my book in hand, head down. On the rare occasion that someone inquired about my reading I’d feign a smile and mumble something dry and pointed to indicate that I wasn’t in the mood for chit chat. Nine times out of ten, that was all the hint anyone needed. But on one particularly sweltering July day—with the train filled to capacity—it wasn’t.

After asking about my reading, my seatmate—an otherwise forgettable middle-aged man—volunteered his own laundry list of interests and books. Although initially annoyed by the interruption his chattiness posed, I warmed up to his genial spirit, knowledge, and curiosity. After prodding me about my post-college plans, I confessed that despite having entered college with a plan, I was terrified of the future and uncertain of the path I was to take.

Without missing a beat, he opened up about his journey from a wandering and aimless student twenty years prior to his present vocation as an attorney for the IRS. Like the sun-drenched sweat that poured down everyone’s back, his passion for his work was palpable. His eyes danced and his smile widened as he explained that despite being reviled in pop culture, his work was the perfect home for his love of numbers, finances, and order. As we reached our destination, my seatmate-turned-confessor and counselor, challenged me not to fear the unknown but to instead let my interests, questions, and passion inform my steps.

Two months later, with my seatmate’s words sounding like a siren song, I laid waste to my original plans for life after college and embraced the hunger that has led me to the work I do today.  As Henri Nouwen writes, “What if our history does not prove to be a blind impersonal sequence of events over which we have no control, but rather reveals to us a guiding hand pointing to a personal encounter in which all our hopes and aspirations will reach their fulfillment?”

Today we remember the life and witness of Philip, one of the first deacons and evangelists in the early church (not to be confused with Jesus’ disciple Philip). Along with six others whom the apostles appointed to tend to the community’s poor and widowed, Philip was also committed to sharing his experience of Christ’s resurrecting power wherever he traveled. And though you won’t find it written on any official church document, we’d do well to remember him as the Patron Saint of the Interrupted. To Philip, the unexpected was not an interruption or distraction, it was an invitation to the Spirit’s work.

As the book of Acts tells us in chapter 8, Philip is traveling to Jerusalem when he runs into an Ethiopian eunuch sitting in a chariot reading scripture. Instead of offering a polite nod and carrying on with his travels, Philip pauses to ask the eunuch a question then climbs into the chariot beside him. Philip shares his own experience of God’s transforming power, and then proceeds to baptize and receive the eunuch into the household of God. 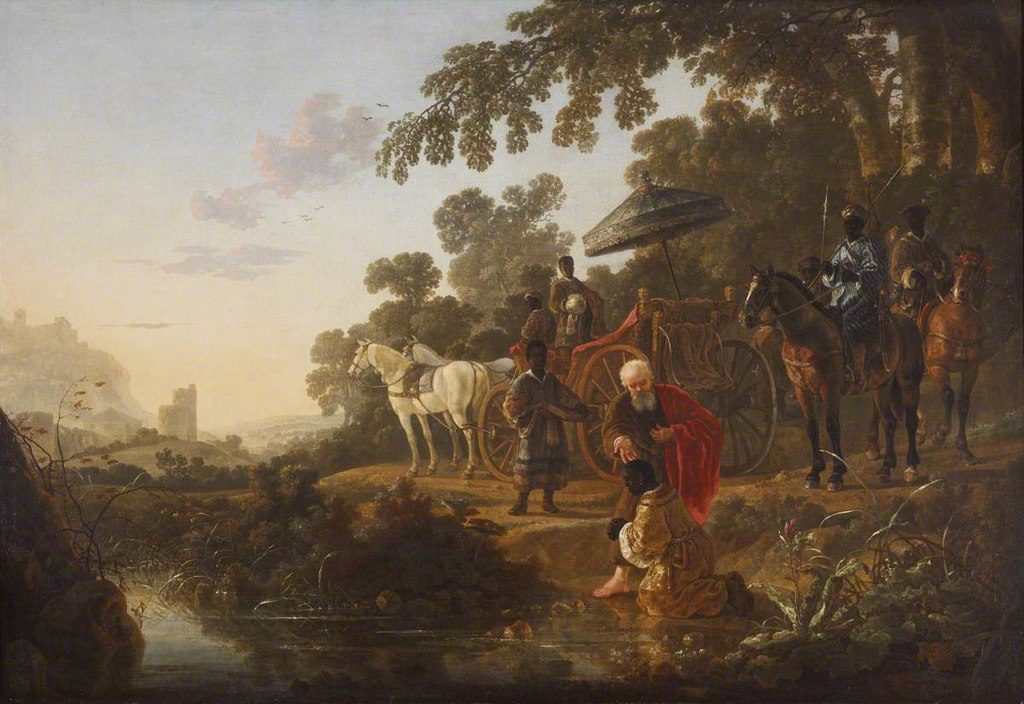 I confess though that no matter how many times I read about Philip and the eunuch’s encounter, the story tends to bring out the snark in me. When the eunuch turns to the already-interrupted Philip and asks, “What’s to stop me from being baptized now?” I often think to myself, “What’s to stop you? Plenty!  It’s not convenient; the water’s probably filthy; there’s no follow-up plan; and, Philip has somewhere else to be. We have programs and catechesis for this!”

Thankfully, Philip shows us that rules are meant to be broken. Plans are meant to be waylaid. Interruptions aren’t always an inconvenience, they can be an invitation to wonder and grace. Between the daily slog of emails, text messages, phone calls, and pleas for our attention from our children and partners, it’s easy to forget that life is about more than avoiding interruptions and completing to-do list of chores and tasks. But just because we did not plan for something doesn’t mean it should not happen.

Twenty years later I can’t remember the book I had been so intent on devouring that July afternoon, but I remember the man, his voice, his passion, his words…and the hope that sprung forth on a crowded subway train.