The angel Gabriel tells Zechariah in Luke chapter 1 that he and Elizabeth are going to have a son named John. This son will fulfill what was spoken long ago in the book of Malachi.

“Lo, I will send you the prophet Elijah before the great and terrible day of the Lord comes. He will turn the hearts of parents to their children and the hearts of children to their parents, so that I will not come and strike the land with a curse.”
—Malachi 4:5-6 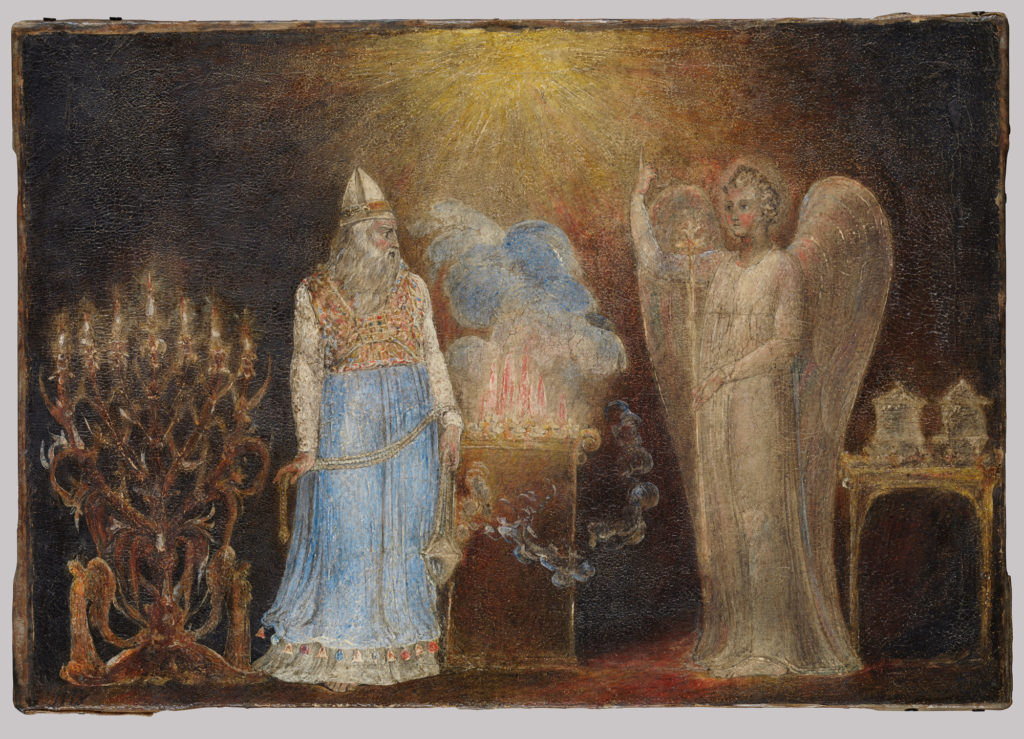 The Angel Gabriel Appearing to Zacharias by William Blake

As members of a community devoted to growing Christians, I hope we don’t need to be reminded about turning our hearts towards our children whether they are biological, adopted, or spiritual. But actually, there are times when I do need to repent, to turn my heart away from what is distracting me, and to turn it towards my children.

Our daughter Pailet is constantly finding ways to turn my distracted heart toward her.

It started years ago when she was just a toddler. Though she herself was only just beginning to talk, she definitely had opinions on when others should do so. She needed (demanded) silence when falling asleep in the car or crib, so rather than saying, “Goodnight, I love you.” aloud, I signed it.  The sign for “I love you,” became a calling card of sort. Every time I left her room for the night, signing I love you was the last thing I did before shutting the door. Soon enough she began signing it back to me, using her left hand hold down the stubborn two middle fingers on her right hand.

A couple years later, Pailet was struggling during a week of Vacation Bible School at my church. I don’t remember the details, only that she required a lot of attention and became too much for her group leader to handle. The children’s minister intervened and asked Pailet if she wanted to be her helper rather than stay in the group. They spent the morning carrying out all sorts of errands around the church and dropping in to observe the various stations. At the story station when all the children were quiet, Pailet began whining again. The children’s minister held her hand and squeezed three times while whispering the words, “I love you.” Even when they needed to remain quiet, Pailet received the external affirmation of love she needed. When she walked over to my office after VBS ended, I asked what she learned that morning. She grabbed my hand and squeezed three times. These three squeezes are now shared anytime we want to communicate our love, but aren’t allowed to talk like in church or in a movie or while reading in bed at night. Another way to turn my distracted heart.

A couple years later our family experienced the Mr. Rogers documentary Won’t You Be My Neighbor? in the theater. In an extended scene, Fred Rogers describes his exercise practice and his joy at maintaining a weight of 143 pounds. You see for him, 143 wasn’t just a number; it represented the three words, “I love you.” The first word has one letter, the second has four, and then the final word has three. My son and I saw Won’t You Be My Neighbor? before my wife and daughter. They called me as soon as they walked out of the theater so we could talk about it and the first words out of Pailet’s mouth were the numbers “1-4-3.” The following week, as I dropped the kids off at school, Pailet looked back at me right before exiting the car to shout, “1-4-3, Daddy!” while trying to make the I love you hand sign with one hand and carrying her lunch box, binder, and water bottle with the other. This is a daily occurrence now. A daily turn of my heart.

The following year I took both children to see Avengers: End Game. I know, I know, it is rated PG-13, and my kids were nowhere near 13. But after discovering her newest favorite superhero in Captain Marvel, I felt obligated to let my seven-year-old see Brie Larson save the day once again. Who am I to deny her from experiencing a positive role model?! In one of the most emotionally moving scenes of Endgame, as Tony Stark puts his daughter Morgan to bed, she says, “Daddy, I love you 3000.” Again, sweet Pailet picked up this phrase and how often yells to me out of the blue, “Daddy, I love you 3000!”

There are more than 3000 ways to tell and show our children that we love them. We might have a special nickname that we call them when we want to communicate that love. We might be especially attentive to each individual child if we have multiples in our life. We might even come up with a unique way of saying “I love you.”

May God give you the gift of turning your heart to the children in your life.

[Image Credit: Bequest of William Church Osborn, 1951, via The Metropolitan Museum of Art]