Three springs ago the Martin family moved in across the street. Later that summer Isra Hatel, who lives three doors down, called me. She told a story that wasn’t actually new, though I tried to listen as if it had been. My daughters’ version was more succinct, but the accounts were markedly similar. Since the Martin family moved in they maintained a strict policy of not going into neighbors’ houses without their own parent because as Lexie Martin, age nine, reported, some parents “are not appropriate.” Every parent fully understands this Mama Bear protection instinct. Like Jacob with the angel, we wrestle it through the long night of our remaining years.

Now every neighborhood has a culture and we quickly learned that this is a neighborhood where children roam and play together in yards and houses and in the streets and retention ponds. By the time the Martins moved in we’d settled into a wonderful moms-and-kids friendship with Isra’s family, particularly with her sweet daughter Alima who’s the same age as my older daughter, Ruthie. Over the years Isra has served me sage tea and honeyed rosewater treats on her porch. I have danced with her Arabic-speaking mom-friends in her kitchen amid laughter and plumes of sweet hookah smoke. Our daughters play or at least check in with each other daily.

We were thrown off by this Martin family policy of not going into kids’ houses and wondered if it would last through the winter. Eventually the Martins caved on their policy, but only halfway. Their children were allowed in our home because we are Christians but not in the Hatels’ home. This became problematic for my kids who wanted to play somewhere else but more so for Alima who really wanted to have Lexie over. On principle our family decided that until she was allowed to play at Alima’s also, Lexie couldn’t play in our house. It wasn’t long before the Martins came around. It all seems like ancient history now, though the heart of the issue, wrapped up in one question, does not.

“Is it because I’m Muslim?” Alima asked Lexie according to my kids.

“Is it because I’m Muslim?” Alima asked Lexie according to Isra, to me on the phone that summer day, frustrated, asking for help. In hindsight I could have done more. I could have invited the Martins and Hatels over and facilitated that conversation. In the moment though, I was only bold enough to offer an assurance that we didn’t like it either and we stand with her family.

Last winter in the middle of the polar vortex we Kinsley Street dwellers were trapped on our unplowed street for what seemed like weeks. Lexie’s mom, Megan Martin, invited Isra and me over for coffee since leaving home to do anything but get the mail was impossible. I gladly booted and suited and bundled and trekked the 50 steps to the Martins’ front door. It was the first time the three of us had shared space together. The “is it because I’m Muslim?” incident never crossed my mind then and I imagine that was true for Megan, too. As the white Christian majority, forgetting was our assumed privilege. We were just three stay-at-home moms of Kinsley Street getting through a deep freeze with kids who never seemed to have school anymore. For Isra, though, I wonder now about residual memory, of a stinging self-awareness of being the Muslim Arabic minority as we sat with coffee in what felt to me then like genuine solidarity. 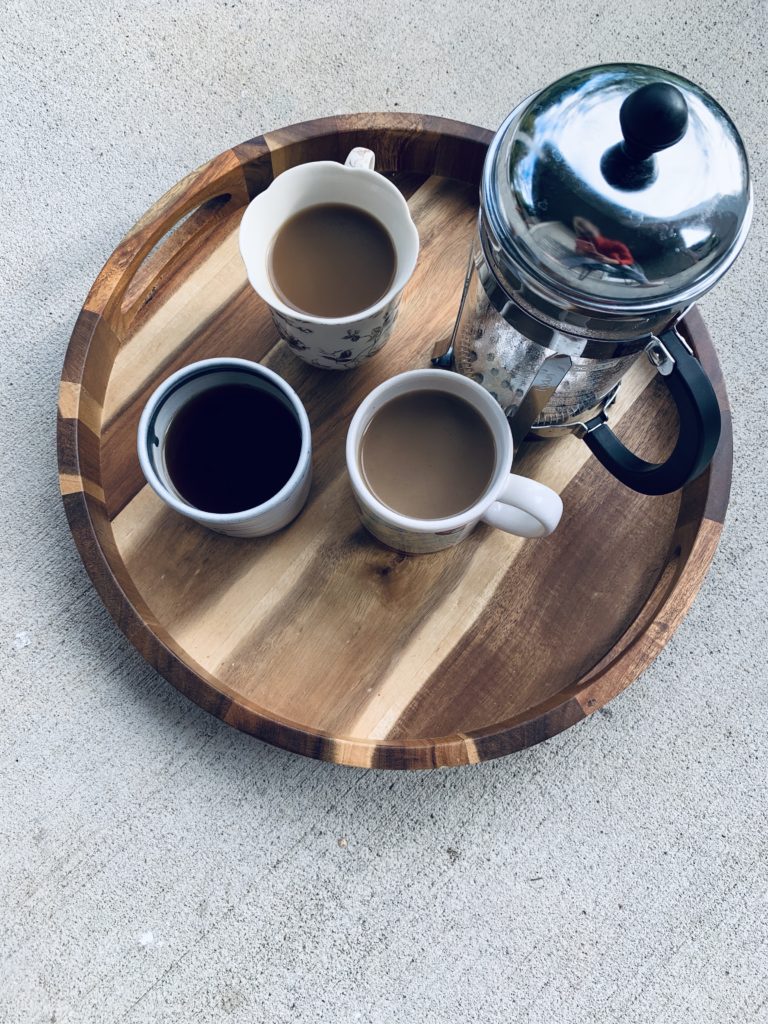 Last Sunday Ruthie and Lolo came bounding through the front door like fawns in fashion boots, plastic cups of blue Baja Blast in hand. They’d been to Taco Bell, apparently, but before that to Crossway Bible Church with the Martins. According to Lolo, they had an open invitation to go to church with the Martins, “any Sunday they want because they are always welcome to worship God there.” Maybe Alima was invited too but wasn’t allowed to go. I’m not surprised. Even my Christian insides bristled a bit at the arrogance and intolerance that statement projected. Or maybe I’m just a little jumpy with my protestant counterparts these days.

“Bless the Lord, oh, my soul, oh-oh-oh, my soul, worship his holy name . . .” my girls sang, filling the kitchen with melody and raving about the cool fun service. I casually smiled—okay, smirked, it was a smirk—and said, “You guys know it’s the same Jesus, right?” and “Did you take communion today?” because I knew the answer.

If this is the shape of their rebellion, then bless-the-Lord-oh-my-soul we’re going to be just fine. There’s nothing easy about it, but this family is better for the diversity of faith expressions on this street. Thanks be to God.