There’s going to be a brother in our house. The two big sisters, upon learning we are expecting a boy, spent nearly five minutes in anguish before returning to delightful anticipation of Baby.

We’ve never had a boy, save for in the pet realm, and maybe that’s been a good thing. For whatever reason, we easily found accord in naming our daughters, but we’ve never been great at agreeing on names for sons. There are some great options in both family trees (including more than one beloved James), along with some spectacular duds. But like in any family history, the jewel of a person doesn’t necessarily have a gem of a name. 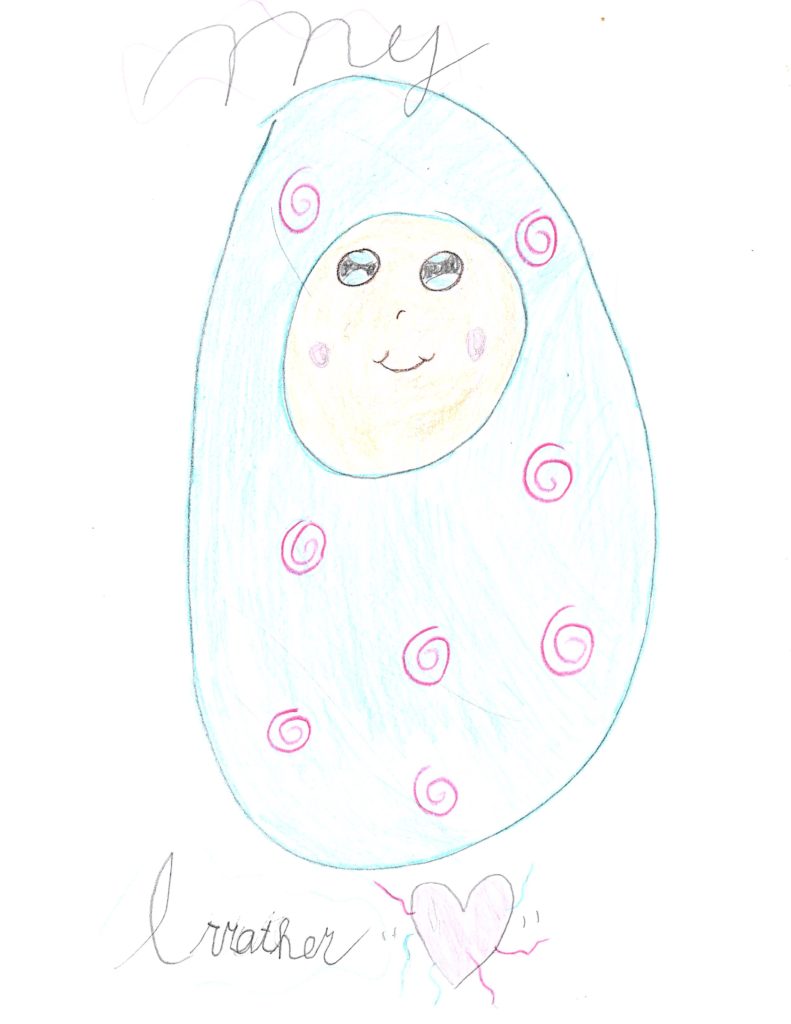 The brother coming soon to our house, as imagined by S. Fraser. Wonder who he’ll be...

Baby news came to our house in the midst of a Star Wars era, so my girls readily suggested Luke, Anakin, Qui Gon…and a couple of others from the fantasy fiction series one child was reading. Names of adored cousins have also come up, so we’ve laid a few ground rules. No movie villains. No confusing duplications of close family members or friends. Parents get the final say. They are eager to have a name for this child who will be among us soon. Who will this person be? What’s in a name?

James of Jerusalem has accrued lots of addenda to his own name. We know him as James the Just, James the Righteous, and James Adelphotheos, Brother of our Lord. The reputation of James in the early church is of a serious-minded man, pious and devout, later martyred. Traditionally credited as the author of the New Testament Epistle of James, James was the appointed leader at the church in Jerusalem, an early episcopal function. Paul called him a “pillar” of that early community and Clement of Alexandria noted his “outstanding virtue.” His voice was one of wisdom and justice.

In naming our children, we have enjoyed playing with the prospects of honoring family members whom we’ve loved; imagining who this little one might be. When our second daughter was born, the name we landed on months before suddenly did not fit. She went a day and a half or so before her first name emerged, and that good fit was worth the wait.

I’m interested in the way James was James, at least until his role in the community emerged, and others counted on him for trustworthy guidance. Tradition has tacked on these honorifics to James, recognizing how his character and actions served to help the early community of believers shape the direction of their movement. 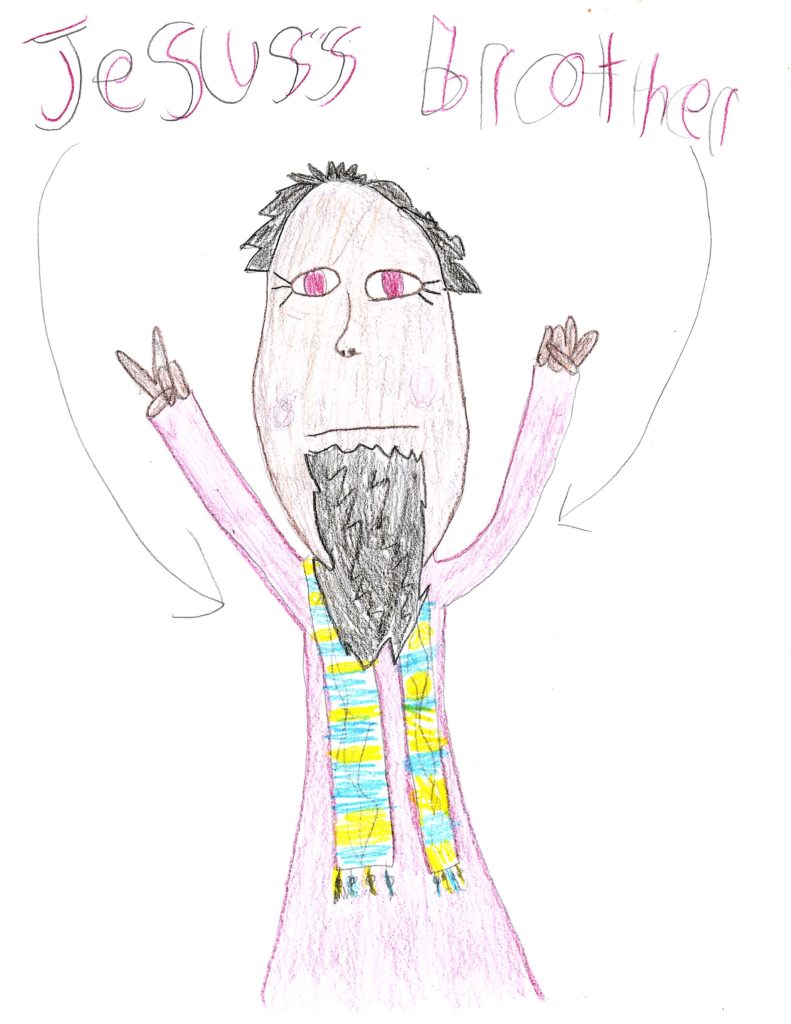 The brother of Jesus, as drawn by S. Fraser, age 8

It’s tricky to see characteristics emerge in our kids, and to hold them lightly. How easy it is to describe a child as the sensitive one, or my little artist, or our wild child. How often we hear or say he’s all boy (whatever that means) or suppose aloud that our early walker will be a star on the tennis team.

For all the time we spend as parents wondering what we’ll call these children given to us, we would do well to take as much care in not giving them names that become heavy things, even if they appear to affirm. Perhaps the wild child has sensitive thoughts that we’re not hearing, because that’s not what we’ve told ourselves we get from this kid.

Certainly there are things we hope and pray for our children. I’d love to discover that any of my children were known, like James, for their wisdom, their justice-making, their trustworthiness in reconciling difference. It would be fun to see that the names plucked from our family tree brought with them the qualities we admired in their relative. These saints of the church and lights in our families are beautiful examples to learn from, perhaps even imitate. The stories we tell one another from our faith and family traditions can be cherished and helpful guides.

She’s interested in reading these days, we might say. I’m proud of the way you struggled and worked through that challenge. He’s had a lot of tender feelings lately. There are ways we can speak to and about our children that leaves room for them to show us who they are, how they’re changing, and what they need right now. It seems like wisdom to practice speaking this way; a more just space in which these little ones can grow in grace.

One of the petitions we include in our bedtime prayers is that we may love others as we have been loved. I’ll try to ask of my children no more specific identity, than to be willing and able to love.

Grant, O God, that following the example of your servant James the Just, brother of our Lord, your Church may give itself continually to prayer and to the reconciliation of all who are at variance and enmity; through Jesus Christ our Lord, who lives and reigns with you and the Holy Spirit, one God, now and ever. Amen.

[Collect for James of Jerusalem used with permission from Church Publishing.]