I threw the best spiral of my life yesterday afternoon.

While that statement may not matter to you — perhaps because you’ve been throwing perfect spirals your whole life or because you harbor no desire to throw a pigskin in the first place — this throwing mattered to me because playing football matters to my young son.

Because if I’ve learned anything thus far in the parenting game, it’s this: I get to be into the things my children are into.

I could count the number of times I played with LEGOS as a child, but if you came to our house on a Saturday afternoon now, you might consider me the greatest of LEGO enthusiasts. I don’t necessarily enjoy hearing Post Malone’s “Sunflower” on repeat thirty-nine times a day, but I sure love singing at the top of my lungs and gleefully dancing circles around the dining room. And when it comes to football, while I could pass off all parental sporting responsibilities onto my husband — who actually relishes both in the watching and in the playing of the game — I could also seize the opportunity to learn and try something new. 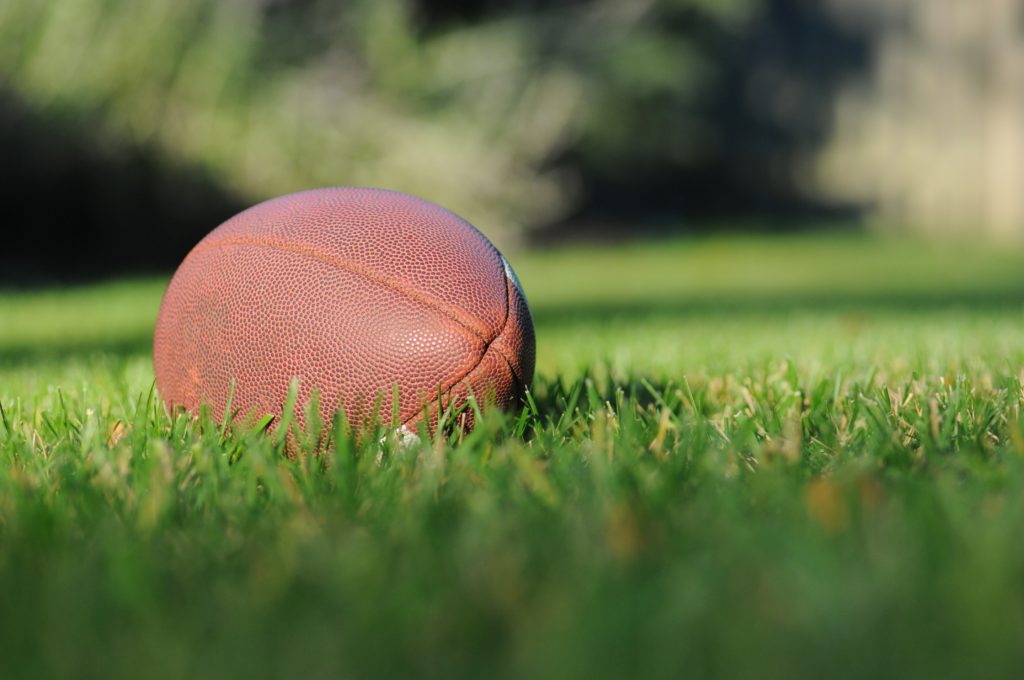 Seeing how his face lights up when Mama makes a throw that isn’t as wobbly as it was the day before, when the prolate spheroid actually lands in the hands of its intended target, when actual congratulations then extends from throat to mouth to lips? Well, it’s everything.

After all, if playing catch in the driveway can bring a little bit of light and love and levity to a world that sometimes feels overwhelmed with darkness, then you’d better believe I’ll keep on throwing a Nerf football every chance I get.

And, is it really any different with God?

Years ago, I came across the following quote: “Behold God beholding you …and smiling.” A pastor whose church I officed out of had adopted the statement, effectively making the words of late Jesuit priest Anthony De Mello the community’s mission statement. Those six words clung to his e-mail signature and to his weekly sermons; he emblazoned the phrase on every church bulletin cover and on the marquee in front of the archaic Spanish-styled building. And though I didn’t regularly call the place home on Sunday mornings, the effects of De Mello’s phrase still wormed their way into my soul.

In all honesty, even though I’d been a Christian for as long as I could remember and held a job in full-time ministry at the time, I hadn’t given much thought to God delighting in me.

Sure, God delighted in me if I did all the right things and said all the right prayers, but God delighting in and smiling at me, not because of something I’d done but simply because I was called God’s dearly, beloved child? That I had a hard time believing.

But there it was again: an invitation see myself as God sees me, which is to say, an invitation to believe that I am a bringer of laughter and delight to this Eternity (as Emily Dickinson once said), simply because I’m me.

This wild overwhelm of delight is the same for you, of course, for it’s a beholding and a smiling whose invitation never wanes — which I suppose brings me back to standing in the driveway, playing catch with my boy.

So, I behold my son and the things he’s into with wonder, maybe, perhaps, God beholds me with wonder too.

And all of that? Well, it’s everything.