Fifty-four years ago, my father-in-law set out to walk 220 miles from Memphis, Tennessee to Jackson, Mississippi. Even though the Voting Rights Act of 1965 had passed less than a year earlier, a stronghold of fear still gripped African American voters, especially in the South. So, he—a man named James Meredith, who broke down racial barriers when he integrated into the University of Mississippi four years earlier—decided to pound pavement for justice, all the way down Highway 51 to the state capital. He would rely on the kindness and generosity of others along the way, for food and for housing, and for the basic provisions necessary to complete his journey.

But on the second day of the walk, a white supremacist named Aubrey James Norvell aimed a 16-guage shotgun at him, firing an estimated 450 shotgun pellets into his body.

James Meredith survived the shooting, even after doctors removed 70 or so pellets out of the backside of his body and decided to leave the rest intact. While he recovered, news of the shooting reached various leaders of the civil rights movement, including Martin Luther King, Jr. and Stokely Carmichael. As I write about in my book, The Color of Life, “soon a single man’s walk turned into a fifteen-thousand-person nonviolent protest march for black voting rights, renamed the Meredith March Against Fear. Not only was it the largest civil rights demonstration in Mississippi’s history, but it also birthed the Black Power movement” (p. 146). 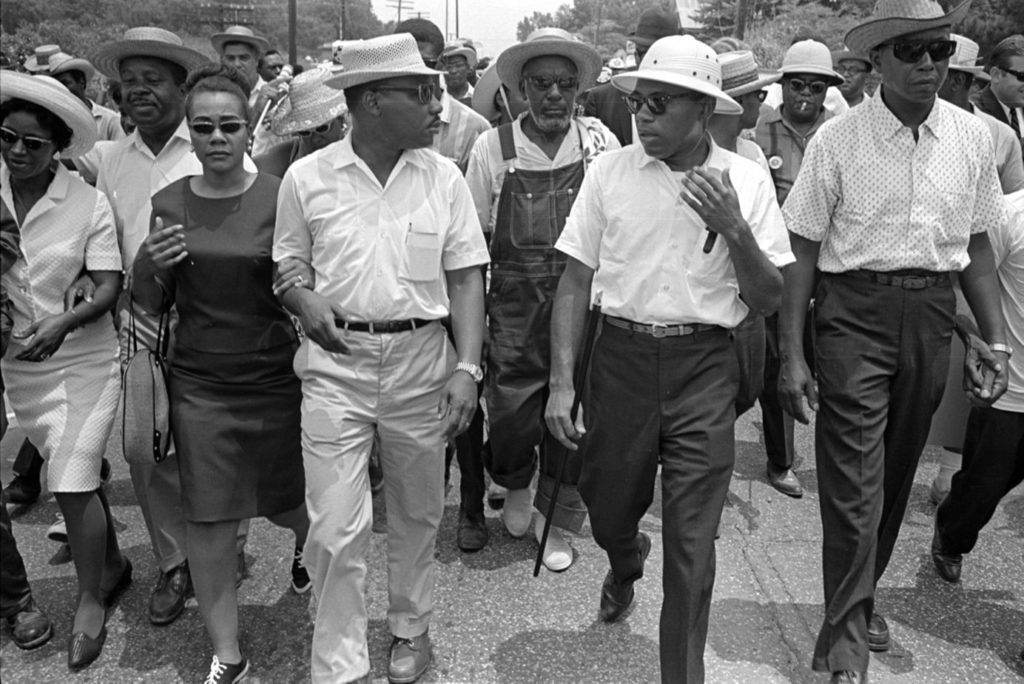 Fast-forward to the last couple of weeks: thoughts of my father-in-law and this particular moment in history have thundered through my mind lately. Will history ever stop repeating itself?

Perhaps like you, the events of the last couple of weeks (and months) have rattled me to the core, just as grief and exhaustion seemed to have taken up permanent residence in our house. I hear myself getting angry at my children and think to myself, Am I really angry at them? No, I’m not. But the anger of injustice—of history repeating itself once again and of the realities my husband, our sons and millions of other black and brown Americans face on a daily basis—has left me feeling bloodied and broken by the side of the road.

Yet I am not the one who’s ever been left feeling bloodied and broken by the side of the road, not now, not ever. And if for a moment I, as a white, middle-class American woman, begin to think that this moment in history is about me and my feelings, then I’ve entirely missed the point—and my only success is that I’ve further sown seeds of white supremacy.

Instead, as someone who seeks to be an ally, I pull up a chair and I listen. I lean into the voices of black and brown leaders who aren’t saying anything new, per say, but whose words all of us need to be paying attention to, nonetheless. I read an article on Vox about being a good white ally, and my notepad is soon filled with scribblings, with wisdom, with insight. I lament my own complicity in benefitting from systems that haven’t done the same for my African Americans brothers and sisters, but even more so, I lament those black lives whose names shouldn’t have been a hashtag in the first place.

I mute myself when I’m not the one who needs to be heard. I think about how I can use my privilege for good.

And I sit with the truth of what it does and doesn’t mean to protest. Whether on a highway in the Deep South, in far-flung corners of rural Utah or in urban epicenters like Chicago, New York City, and Los Angeles, “Protests are not meant to be observed or consumed. Protests are meant to disrupt the unjust status quo. They intend to disarm the violence of the powerful.”[1] Could this be the start of real change? Could the rallying cries now being heard ‘round the world be the change our country needs to see?

That I do not know, at least not now, but as an Episcopalian I can only hope that our collective response will be the same as we utter in our baptismal promises:

“Will you strive for justice and peace among all people, and respect the dignity of every human being?”
“I will, with God’s help.”[2]

Leaning into the Spirit, I keep doing the only thing I can do: I strive for justice and peace. I respect the dignity of every human being.

And putting one foot in front of the other, I cling to the belief that the tramp, tramp, tramp of our marching feet really will dramatize the effects of injustice.[3]

[3] “There is nothing more powerful to dramatize an injustice like the tramp, tramp, tramp of marching feet.” – Martin Luther King, Jr. (during the Meredith March Against Fear).