Editor’s Note: Wendy Claire Barrie originally wrote this post for her blog and it is shared today with her permission.  —Allison

As I write this, tens of thousands of people have gathered for a tenth straight day from New York City to San Francisco, in every state and at least 11 nations, to protest racism and police brutality. We live in Brooklyn, and daily, protesters of all ages and colors stream down the sidewalk past our apartment with their handmade signs to join in gatherings just a mile from us. At night, we go to sleep to the sounds of police helicopters, because the protests do not end when the citywide curfew begins. 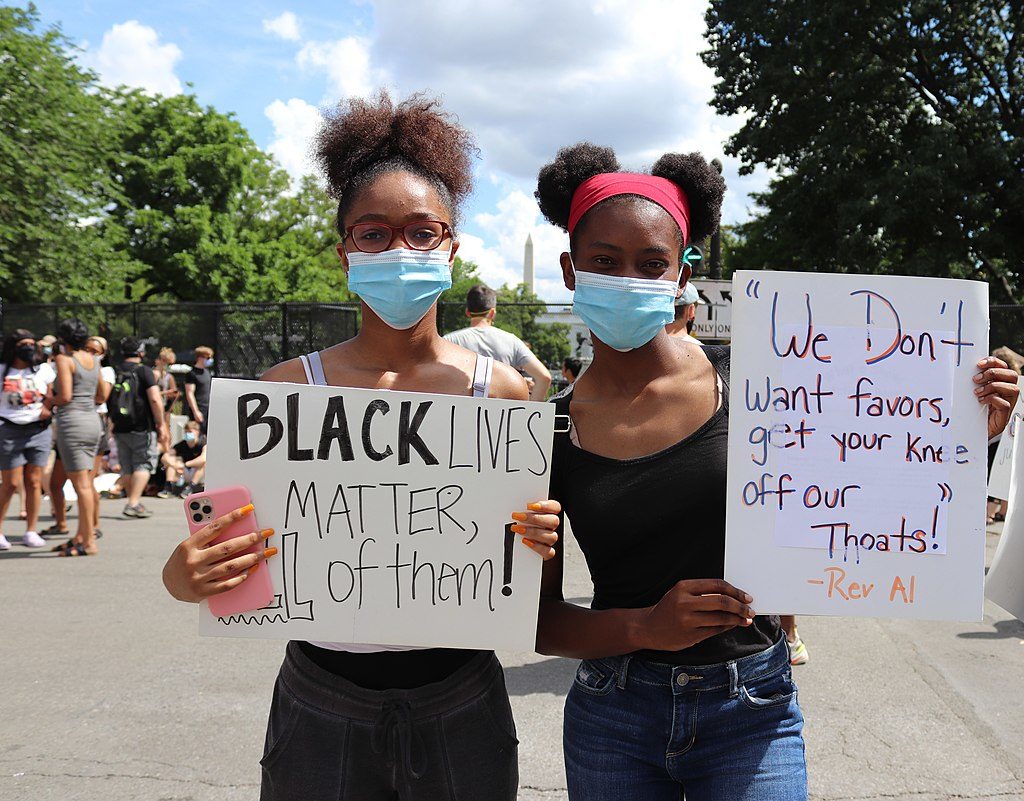 I’ve been taking my son to protests since he was 8. He’s been on a street corner with a handful of people and in a crowd of 500,000 in the nation’s capital. He’s walked out of class for a student-led protest in the middle of the day not sanctioned by the school. (Parents of teens joining protests now will find sound advice here.) I believe protests are a necessary and effective means of enacting social change. For our family, participating in protests and other actions are a natural extension of our Christian faith. From the prophets of the Hebrew scriptures to the life and teachings of Jesus, the religious mandate to stand with and work alongside those seeking justice is clear, and as the Bible and American history both show us, justice and freedom are not always achieved peacefully.

Protests themselves are not civil disobedience; our freedom of assembly and freedom of speech are guaranteed by the First Amendment of the Constitution. Civil disobedience is often called for at protests, especially to protect the most vulnerable, and right now that means our siblings of color. If you are new to protesting or new to protesting against racial violence, you will need to do some homework before joining in. Educating ourselves is the first step, and that includes identifying local Black-led organizations that are already engaged in racial justice work in our own communities. Google is your friend. One good place to start is with the website WhiteAccomplices.org, which will help you find local organizations, decide whether you are an Actor, an Ally, or an Accomplice, and commit to at least three actions in the next month. This article on what to consider before bringing children to a protest is both practical and reassuring.

Of course, not all kids are new to protests and acts of civil disobedience. Often, they have led them. A 15-year-old girl in Portland Oregon, started a petition called Justice for George Floyd which now has more than 16 million signatures, the most in the history of Change.org. Let the Children March by Monica Clark-Robinson and illustrated by Frank Morrison is an excellent picture book about the 1963 Children’s March for civil rights in Birmingham, Alabama, appropriate for ages 6 and up. Kids ages 9 and older can watch the riveting Academy Award-winning 2004 short documentary Mighty Times: The Children’s March on Vimeo. Ron’s Big Mission is a picture book (by Rose Blue and Corinne Naden, illustrated by Don Tate) about the courage of astronaut Ron McNair, who at age 9 used civil disobedience to get a library card.

If for any reason you don’t feel safe going out right now, there are many ways you and your family can join in the work of racial justice from home, which is where we always begin. The Brown Bookshelf sponsored an online KitLit4BlackLives Rally with authors Kwame Alexander, Jacqueline Woodson, and Jason Reynolds, which you can watch here, and respond to their calls for action. If you missed the CNN/Sesame Street Town Hall on racism, it’s also available to watch online.

Parents, our children learn most from what we do, so let’s do this together:

Carry each other’s burdens and so you will fulfill the law of Christ.—Galatians 6:2

Loving God,
In Jesus you were bullied, beaten and killed.
You are always on the side of those
whose souls or bodies are mistreated;
help us to embrace those who are hurting;
fill us with your Spirit of healing,
and give us the courage to stand beside them,
and the wisdom to prevent violence and abuse from happening again. Amen.

From Common Prayer for Children and Families by Jenifer Gamber and Timothy S.J. Seamans, p. 112

If you are just beginning to talk with young children about race and racism, you may want to start with my earlier post on this subject.

Wendy Claire Barrie has directed programs for children, youth, and families since 1989 in seven Episcopal congregations large and small on both coasts, presently at Trinity Church Wall Street. Wendy is also the mother of an especially curious thirteen-year-old, and the author of the forthcoming book, Faith at Home: A Handbook for Cautiously Christian Parents.