“This was to teach the future generations of the Israelites how to fight in battle, especially those who had not fought before.” — ‭‭Judges‬ ‭3:2‬ ‭HCSB‬‬

The book of Judges is the sequel to the book of Joshua. Joshua ends like a blockbuster Hollywood hit. Joshua, the leader of Israel, has led them to their promise. As his time on earth comes to a close, he challenges the people one last time to serve the miracle working God. The scene pans from the crowd to the face of the leader as he proclaims these famous words, “as for me and my house, we will serve the Lord.”

Conviction hits like rainstorm and the entire nation agrees to serve the Lord. Israel now has peace in the land and peace in their heart. Roll credits. Joshua’s story ends.

The book of Judges picks up where Joshua ends with a flashback telling of the passing of Joshua. The author of Judges had no clue when he penned the book it would be set next to Joshua in the biblical canon. So under divine inspiration, he retells for us the death of the nation’s leader. Except where there had been a happy ending in Joshua’s telling, Judges tells of a tension.

After that whole generation (the generation of Joshua) had been gathered to their ancestors, another generation grew up who knew neither the Lord nor what he had done for Israel.—Judges 2:10

Israel failed to give them the lessons that had lead them to the promises of God. I wonder if when the children of the next generation asked “how did we get here” the parents’ answer was simply, “it’s a long story.” I wonder if in protecting them from the stories of hurt and war, they forget to tell them about the ways God triumphed.

I believe we often insulate the next generation from the stories of hurt under the idea that we are protecting them. But the book of Judges tells us that is not the plan of God. 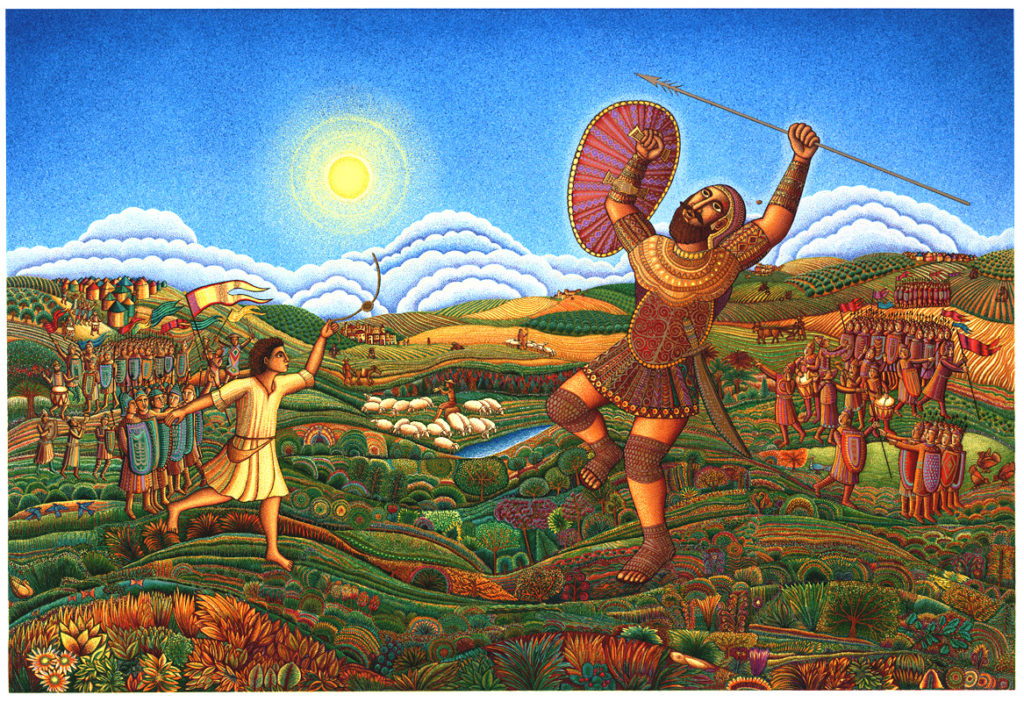 I want to fight all the wars for my kids and those God has given me care over. But that is not my job. Our job is to train them for the fight. Our job is to remind them that they will face darkness and principalities of evil. Our job is to tell them how God did the miraculous in our lives and can do the same in theirs. We cannot fight their fight for them and the more we try, the less likely they are to know God who fights on their behalf.

In the fight is where you lean in and learn. Or get pummeled by the enemy of this life. It is incredibly hard to not step in when they are getting punched by the enemy, but it is not our fight to fight. God left some enemies specifically for them to face. So they can learn to trust, learn to pray, learn what faith is, learn who God is and who God has made them to be.

Jeff Pitts and his wife, Rachael, pastor a house church in Cleveland, TN. Jeff also co-hosts a leadership podcast titled The Leadership Drip hosted on the campus of Lee University.