Today we celebrate and commemorate the Apostle Philip who, like most followers of Jesus named in the Gospels, we know very little about. He is mentioned several times in John’s Gospel, first when he introduces Nathanael to Jesus. He is present in John’s account of the multiplication of fishes and loaves. Christ asks Philip, “Where are we to buy bread for these people to eat?” Philip cries that there is no way, even with six month’s wages, to “give each a little” (John 6:5a, 7). Our Lord tells the disciples, early in the Last Supper, that he is going away but will come back and take them also, so that where He is, they can be, too. “Lord, show us the Father, and we will be satisfied,” Philip replies (John 14:8).

Each time Philip says something to Jesus, as he does in the above situations, Jesus uses the moment as a teachable one, moving Philip and his companions to a closer, if still mysterious, relationship with God. The disciple’s questions, confusions, abandonment of Jesus, and even outright betrayal are, actually, a good sign for those who seek to follow Jesus, too. Jesus continues to take our questions, doubts, fears, and anxieties about the world in which we live, and invites us into a deeper relationship with him. Our willingness to question God, ask for guidance, and say, “Help me Lord, I don’t have a clue as to how you are going to pull this one off,” creates space for the Almighty to seep in and change our reality, more and more, into God’s vision for us. 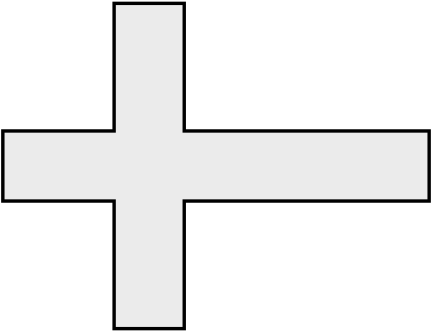 I am also arrested by the image of Saint Philip’s cross, which is typically depicted on its side. One (most likely) apocryphal story of Philip has him being martyred, crucified upside down because, like Peter, he did not feel worthy to be crucified in the same manner as Christ. But, because the upside-down cross image was already taken by Peter himself, Philip had to go sideways. What a wonderful image for how our plans often go every which way except the way that we planned!

Philip’s story of faithfulness in the face of challenge teaches us that if we have a foundation in a life with God in Christ, things have a way of landing, in the end, where they are supposed to be. The ending may not always be the one we would have chosen, but it may be the one that brings us closer to God. The same legend recalling Philip’s sideways crucifixion also includes him continuing to preach from his cross, literally while he is being crucified! Talk about endurance! Talk about not being able to shut some preachers up, no matter what we do.

Philip’s story, all silliness aside, his questioning Jesus, and his learning from and following Jesus as Savior and Lord, brings me great comfort in these times of looking through the life-glass darkly. We don’t, and never really did, know where we were headed in this life; life has a way of turning us sideways and every other which way. But, believing in the one who, on the night before he died, told his disciples, “If you abide in me, and my words abide in you, ask for whatever you wish, and it will be done for you…As the Father has loved me, so I have loved you; abide in my love” (John 15: 7, 9); it gives us great hope. Philip found a way, by the grace of God, to abide in Jesus, in the darkest time of his life and, even when threatened and wounded, he shouted out to the world the love and blessings of Christ.